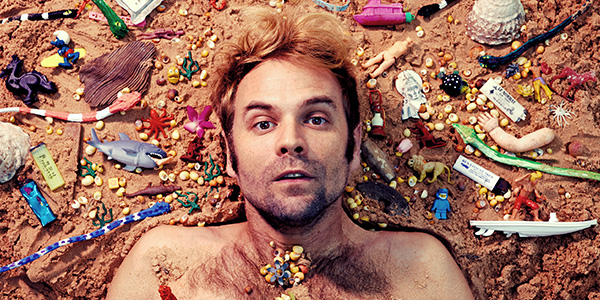 Cons: If you’re offended by the c-word, or the smell of fish being cooked live on stage, you’ll feel uncomfortable.
Booby’s Bay, Finborough Theatre – Review

Pros: Heartfelt domestic drama with gentle comedy to lighten the mood and perfect casting. Cons: If you’re offended by the c-word, or the smell of fish being cooked live on stage, you’ll feel uncomfortable. With the seemingly never-ending housing crisis many Everything Theatre readers can only dream of owning their first home, let alone a second property. Consequently this newsworthy play about second home ownership in Cornwall is likely to strike a chord with many a theatregoer in London. You may have read the real-life headlines about Cornish locals sick of being priced out of the local property market,&hellip;

With the seemingly never-ending housing crisis many Everything Theatre readers can only dream of owning their first home, let alone a second property. Consequently this newsworthy play about second home ownership in Cornwall is likely to strike a chord with many a theatregoer in London.

You may have read the real-life headlines about Cornish locals sick of being priced out of the local property market, their towns and villages full of part-time residents who only arrive for the school holidays. Cornwall has 14,600 second homes, yet is the second poorest region in Northern Europe and the poorest UK county.

Meanwhile, you might just be scraping by in a dead-end job, living in a room the size of a cupboard in a dodgy part of London. So what better than a dose of sea air and sea shanties at the Finborough Theatre to transport you to the North Cornish coast, where Booby’s Bay is set and, in real life, exists. Here, embittered thirtysomething Huck Trebillcock (no sniggering at the back – that’s a genuine Cornish surname) is squatting in someone’s second home: firstly, to get by before the summer season begins; secondly, as a political statement.

Interactions with his mother, his fast-talking best friend (Bradley Taylor), and his secret girlfriend (Florence Roberts), plus the attentions of a local reporter, tease out the sub-plots that give Booby’s Bay even more depth, and complicate the reasons for Huck (Oliver Bennett) to protest. His makeshift campaigning, brilliantly aided by a children’s karaoke machine, is the catalyst for bringing these characters together, but his story isn’t the only one we are interested in. Henry Darke’s characters are engaging and beautifully flawed (though their effing and blinding might be a bit much for sensitive viewers, especially when the c-word is dropped a few times).

The cast can generally master the Cornish accent, give or take a few lines where things slip, but that aside each cast member translates the energy of this play from script to stage. Esther Coles, playing Huck’s mother Liz, is particularly fun to watch, embracing the pop culture references her character drops at every given opportunity. She treads the fine line between being a hard grafter, working since the age of 14, and managing a network of illegally sub-let properties with no trace of guilt, and a biting wit. Likewise, Huck is half nature-loving campaigner, half work-shy idealist who doesn’t understand how his squatting will come across to the average local paper reader.

Posh local reporter Ivan Goode (Joseph Chance), naturally clad in deck shoes and what seems to be a Crew Clothing outfit, epitomises the privileged city boy turned wannabe Cornish surfer: a stereotype that anyone who’s been to Cornwall will instantly recognise. Though he’s a bit of an idiot, Ivan does seem to care about Cornwall, albeit as an outsider who hasn’t quite made himself Cornish yet. Also, he quickly spots the holes in Huck’s plans, which could potentially cause a stink equal to the overpowering mackerel being cooked live on stage (not being much of a fish lover, I struggled not to gag at some points).

The Finborough isn’t a large theatre space, but set and costume designer Paul Burgess, along with director Chris White, have used it effectively here, with multi-purpose props, and scenery changes softened by acapella singing. A scene set in the sea involves Huck and Daz shouting to each other from either sides of the audience seating, and actors also traipse up the aisle. The only tricky moment comes when a cocktail jug is intentionally passed down through the audience, which involves a lot of whispered instructions to pass the prop.

Booby’s Bay is more than a local drama: it may be Cornwall-focused, but you don’t need to have visited to understand how damaging a ghost town of second homes can be to local morale, where tourism drives everything but also sucks it dry, and “sauce at Stein’s Fish and Chips costs one pound twenty-five”. It’s not improbable that someone will, one day, take up Huck’s battle cry and claim back these houses that lie empty for forty-eight weeks of the year. This play will explain some of their motives, albeit with comedy to soften the anger. Think of it as a warning of what’s to come, if the housing crisis doesn’t improve. 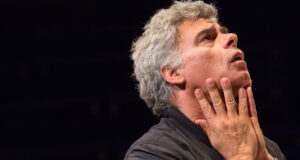