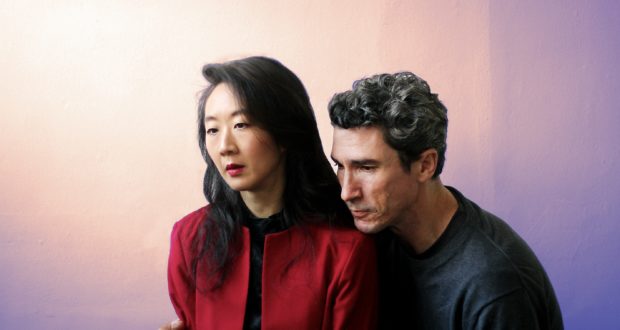 2017 has been a fantastic year for theatre, but we’ve already got our eyes peeled for the stand-out plays of 2018. If you’re looking for inspiration, these are some of the most intriguing shows to add to your 2018 theatre schedule.

Into the Numbers, Finborough Theatre – 2-27 January 2018
Next year marks 80 years since the horrific Nanking massacre, where 300,000 ordinary Chinese citizens were physically and sexually attacked and murdered by the Japanese, and Chinese soldiers were executed in huge numbers. It became known as the Rape of Nanking. In 1997, writer Iris Chang wrote a book on the massacre, bringing it to the attention of a new audience, but also causing her immense distress; she went on to work on other books, the last about Japanese atrocities against American soldiers, but she committed suicide in the midst of her research period in 2004.

This all seems like heavy subject matter for a play, but the Finborough Theatre doesn’t shy away from ‘difficult’ topics. Award-winning playwright Christopher Chen will surely handle it sensitively.

Frozen, Theatre Royal Haymarket – 9 February to 5 May 2018
What happens when you put three of British television’s most versatile actors on the stage together, and ask them to tackle every parent’s worst nightmare? You get Frozen, starring Suranne Jones (Doctor Foster, Scott & Bailey), Nina Sosanya (Last Tango in Halifax, WIA) and Jason Watkins (Line of Duty, The Lost Honour of Christopher Jefferies).
Bryony Lavery’s play shows a mother’s struggle when her child, Rhona, is the victim of a serial killer. As the years pass, we see the stories of the mother, Nancy, the child’s killer, Ralph, and his psychiatrist, Agnetha. It’s previously been staged at Birmingham Rep, the National Theatre, and both off and on Broadway.

If you’re a fan of theatre aged 16-30, look out for Theatre Royal Haymarket’s free Masterclass events, which often tie in with current productions; it’s highly likely one of the cast or crew will hold a workshop or talk.

Harold and Maude, Charing Cross Theatre – 19 February to 31 March 2018
The one and only Sheila Hancock stars as vivacious 70-something Maude in this adaptation of cult comedy film, Harold and Maude. She strikes up an unlikely friendship with morbid young Harold, who hangs out at funerals for fun (whatever floats your boat, Harold). Thom Southerland directs, so expectations are high: he’s previously been nominated for three Evening Standard Theatre Awards, and he’s currently wowing audiences with a 12-week run of the brand-new Andrew Lloyd Webber adaptation of The Woman in White.

Harold and Maude should prove to be a darkly comic distraction from world events, and a reminder that friendship can blossom across the generations in the most unlikely circumstances.

Br’er Cotton, Theatre 503 – 7-31 March 2018
At a time when the Black Lives Matter campaign is still struggling to break through the walls of Trump-led racial hatred in the USA, Tearrance Arvelle Chisholm’s play is more important than ever. Having scooped the Theatre 503 Playwriting Award in 2016, Br’er Cotton now graces the stage of this Battersea venue. The lead character is 14-year- old Ruffrino, sick of seeing the inequality, murder and poverty around him that’s driven by racial prejudices. As his frustration grows, Ruffrino becomes isolated from his own family, and feels compelled to seek answers online.

Directed by Roy Alexander Weise, best known for his sell-out production of The Mountaintop, at the Young Vic, and also Assistant Director on the hit play, Hangmen, at the Royal Court and on the West End (one of my all-time favourites!), this should be a powerful and compelling show.

Sylvia, Old Vic Theatre – 1-22 September 2018
Commissioned for 14-18 NOW, this joint production between ZooNation: The Kate Prince Company, the Old Vic and Sadler’s Wells remembers the centenary of WWI. Instead of soldiers on battlefields, Sylvia focuses on Sylvia Pankhurst, the iconic Suffragette and founder of the Workers’ Socialist Federation, and her battle to achieve votes for everyone – not just women. Unlike her mother, Emmeline, and sister, Christabel, Sylvia was a pacifist and did not encourage women to help the war effort during WWI. She wrote, ‘There are thousands of memorials in every town and village to the dead but not one as a reminder of the danger of future wars.’

With original music and dance, this will be an alternative history lesson for both children and adults (it’s suitable for ages 10 and over). ZooNation is an acclaimed British hip hop dance company, best known for Into the Hoods: Remixed and Some Like It Hip Hop.