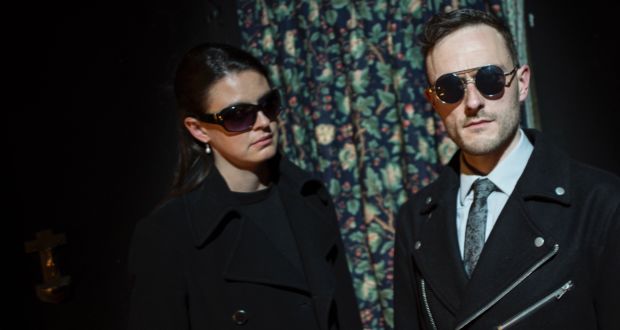 As another year is committed to the history books, it’s only right that I turn the spotlight on the shows I’ve seen, and deliver my own version of the Oliviers. For reasons I am keeping to myself, they shall be known as the Reggies and consist of 3 categories: – best venue; best play and best musical. One judge, no jury and my decision is absolutely final.

In the interests of a fair fight, I decided to exclude West End venues from the venue category, as it seemed hardly fair to compare a pub theatre with the London Palladium. On that basis let’s deal with the Reggie for best venue; as always in reverse order, just to build the tension and give it due gravitas.

In 3rd place, the Old Red Lion in Islington. A traditional pub with football on the telly downstairs and a lecture style theatre upstairs; almost heavenly. In 2nd place, the Jermyn Street Theatre; often listed as a West End theatre, it remains the classic fringe venue with its close, intimate surroundings. But the winner, by a country mile, is the King’s Head Theatre in Islington. It’s the daddy…it’s the business…it’s the centre of a North London cultural hotbed! A great atmosphere is guaranteed, with live music to boot.

This year, I’ve seen plays dealing with child abuse, cancer, euthanasia and brain damage, among other things, so fair to say it’s not always been a barrel of laughs. However, stick with it and the rewards are there. In 3rd place, Three Mothers at the Waterloo East Theatre. A beautifully judged piece, it tells the story of three women whose lives are intertwined. In 2nd place, it’s I Know You Of Old at the Hope Theatre. A stripped down, laid back re-boot of Much
Ado About Nothing; unbearably cool. And the winner of the inaugural Reggie for best play goes to Road at the Royal Court. A brilliant play, documenting a forgotten generation, slowly marginalised by the Thatcher years; just stunning.

Finally, the ultra-sweet marshmallow world of musicals; it’s so simple; stamp your feet, clap your hands and whistle that showstopper on the way home. In 3rd spot, Honeymoon in Vegas at the London Palladium. An outstanding score based on the film, featuring a wonderful cast and magnificent full orchestra. In 2nd place, Dreamgirls at the Savoy Theatre; simply great songs performed by great singers. Still playing, though without the golden lungs of Amber Riley, whose bone-shaking version of I’m Telling You I’m Not Going was a privilege to witness. But the winner is Motown: The Musical at the Shaftesbury Theatre; three hours of classic hits delivered with perfection.

London remains a magnet for the best in live entertainment and theatre is the focal point. We can boast a glorious mix of genres attracting the very best actors, technicians and creatives. Whilst Broadway could make an argument; we have the greatest theatre in the world’s greatest city. Stay safe, be happy. Come on down 2018…we’re ready for you!

Previous: Riches to Rags: Two Takes on Opera in 2017
Next: Size Isn’t Everything