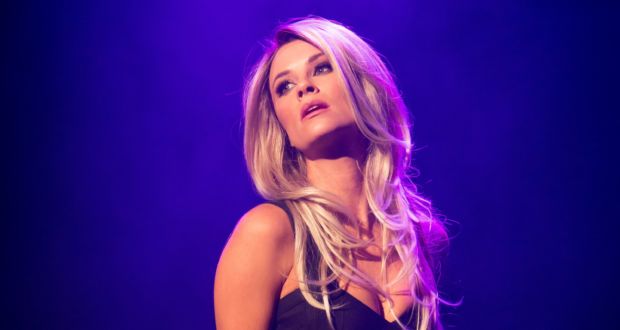 Britney Spears: The Cabaret, The Other Palace – Review

Pros: Stellar vocals and on-point characterisation. Cons: Girl please. It's Britney, bitch! I've been very fortunate as a reviewer to have seen loads of outstanding productions at the St. James Theatre. Hidden away behind Victoria, this venue was always my go-to for its stellar shows and short journey home of only three stops. Sadly it closed its doors this January, but fret not – it was bought by Sir Andrew Lloyd Webber, who has transformed the beautiful space into The Other Palace. The venue has been morphed into a home for musical theatre and is better than ever before,&hellip;

A spectacular rollercoaster of a show that will have you laughing out loud and racing for hair shears in celebration!

I’ve been very fortunate as a reviewer to have seen loads of outstanding productions at the St. James Theatre. Hidden away behind Victoria, this venue was always my go-to for its stellar shows and short journey home of only three stops. Sadly it closed its doors this January, but fret not – it was bought by Sir Andrew Lloyd Webber, who has transformed the beautiful space into The Other Palace. The venue has been morphed into a home for musical theatre and is better than ever before, and I couldn’t think of a better show to pop my Other Palace cherry than Britney Spears: The Cabaret.

As the name suggests, it’s a cabaret, so I am expecting to be directed to the small intimate studio downstairs. To my surprise we are directed to the main auditorium where we are greeted by Britney’s blaring hits and a massive stage with just a red velvet curtain, a grand piano and a diamond chandelier. The excitement and buzz as we take our seats in the front row and sip on our free neon-pink cocktails is electric. I must admit that as I looked around the stage I thought this actress must be incredibly mad to take on such a vast auditorium with the genre of cabaret. How wrong I was! Christie Whelan Browne as Britney Spears is so captivating that she owns the space. Hell, she owns the building. As the will.i.am song on which Britney features – Scream & Shout – says, all eyes are on Whelan Browne for the full poptastic 70 minutes.

Not so much a cabaret as a cry for help, the show takes us on a hysterical – and surprisingly poignant – journey that explores the perils of fame. With every step and hair flick, Whelan Browne is Britney. From trailer park hot mess to devoted mother of two, and from virginal Mickey Mouse Club presenter to 2007 (cue hair shears!), we meet all the Britneys we know and love. This show is comedy gold! I cannot remember the last time I laughed so much. With the help of her fabulous pianist and musical director, Matthew Frank, Whelan Browne transforms Britney’s back catalogue of smash hits into cabaret standards. On paper, it shouldn’t work. How the hell do you take Toxic or Oops!… I Did It Again and play them on the piano? But, my god, does it work. Sung slower or in a different guise, some of Brit’s biggest hits take on a whole new meaning. The show is written by award-winning Australian writer/director Dean Bryant, and I take my hat off to him as, combined with the razor-sharp comedy and flawless characterisation, the music and book are pure genius. I’m a Slave 4 U performed as six-year-old Britney in a talent show contest, with tap shoes and a hula hoop (oh yes), has to be the funniest thing I’ve seen this year!

It’s terrifying to think old Britters has been a media puppet since she was a teenager, and although the hilarity is relentless there are some really poignant moments where we see a truly damaged and fallen star.

I urge you to go see this show. It’s camp, fun and fabulous and deserves to be supported. It’s Christie Whelan Browne, bitch!