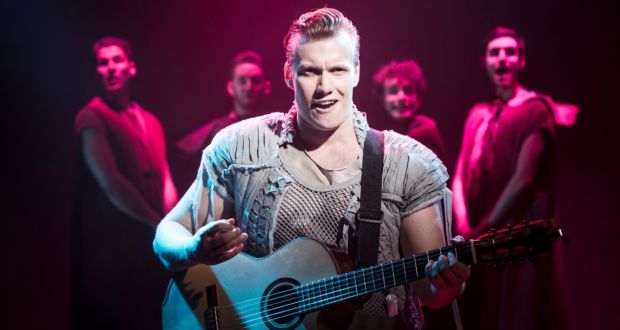 Pros: Self-aware, cleverly staged and easy to watch, with a knowing contemporary atmosphere set against a medieval story.

Pros: Self-aware, cleverly staged and easy to watch, with a knowing contemporary atmosphere set against a medieval story. Cons: Some unnecessary songs and, at times, a bad pantomime feel. Blondel is by no means a new musical – it debuted in 1983 – but this early Tim Rice effort will be new to many theatregoers, as it never quite gained popular support. You could blame the subject matter (a musical about the Third Crusade and the King’s minstrel, Blondel, might not be everyone’s idea of fun), but intelligent lyrics and scripts can outweigh those kinds of misgivings. Besides, musicals&hellip;

A light-hearted medieval musical with a solid cast, occasionally brilliant comedy and some catchy songs, but sadly lacking the overall polish and wow-factor of Tim Rice’s later triumphs.

Blondel is by no means a new musical – it debuted in 1983 – but this early Tim Rice effort will be new to many theatregoers, as it never quite gained popular support. You could blame the subject matter (a musical about the Third Crusade and the King’s minstrel, Blondel, might not be everyone’s idea of fun), but intelligent lyrics and scripts can outweigh those kinds of misgivings. Besides, musicals about T.S. Eliot poems, an American women’s prison or the French Revolution sound weird on paper, but they’ve always gripped audiences.

So, you have Blondel composing songs and trying to befriend King Richard; there’s the scheming Prince John; there are monks, an assassin, a prison stint, and some token downtrodden women, including Blondel’s girlfriend, Fiona, an early feminist. But can a new version of this musical prove it’s been unfairly overlooked so far?

Blondel draws its energy from very conscious post-modern wit, narrated by a quartet of monks acting as a medieval boyband. The Union Theatre’s version sees the titular hero use a guitar, not a lute; the cast wears a combination of medieval-style clothing with a contemporary edge – string vests and the kind of trousers you could take a yoga class in. King Richard uses hand sanitiser after touching the peasants, and he packs sun cream for his crusade. Even the theatre’s set-up is referenced, with Blondel advised to take the stairs to save King Richard.

Highlights from the musical score include the Monks’ Introduction, No Rhyme for Richard, a mash up of Saladin Days and I Just Can’t Wait to Be King – no, not the one from The Lion King, avid Tim Rice fans – and the Assassin’s Song. Unfortunately, not all the songs are memorable, and some seem more like bad pantomime numbers than skilled compositions. The best songs of the bunch are cleverly staged to resemble classic showtunes, complete with jazz hands and formation dancing.

Though the cast’s singing is strong, Jessie May (playing Fiona), Neil Moors (as King Richard) and James Thackeray (as Prince John) are particularly good. The monk narrators are near flawless; David Fearn’s scarily high-pitched countertenor deserves a special mention. Connor Arnold makes a believable Blondel, yet there are some projection issues with his vocals at times.

As for the acting itself, the cast makes the best of a decidedly mixed script, with most of the humour coming from Michael Burgen, as the Assassin, and Craig Nash, as the scene-stealing Man in Green. Occasional puns and a light tone keep the action upbeat, but it often feels as though the dialogue is inserted to kill time until the next explanatory song. Perhaps some unnecessary or lacklustre songs could have been exchanged for snappier dialogue. The Ministry of Feudal Affairs, with lyrics like: ‘Why should I pay? This is absurd!’ is just one example. Luckily, the musical’s second half has more hits than misses, and feels more tightly written.

Overall, Blondel is a clever and knowing musical, with a burning desire to impress; nevertheless, it doesn’t give you a shiver down your spine. I found myself humming a few of the tunes the next day, and parroting the jokes, but until Blondel has a firm edit (as the Women on the Verge of a Nervous Breakdown musical undertook before hitting the West End a few years ago), it won’t top London musical recommendations.

Previous: Going for the Gut in ‘Mumburger’
Next: Rotterdam, Arts Theatre – Review