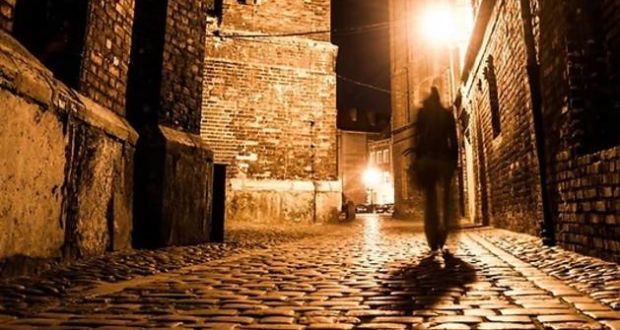 Pros: Simple plot, but an intricate design which leaves room for plenty of discovery!

Pros: Simple plot, but an intricate design which leaves room for plenty of discovery! Cons: Potentially difficult to find. Whitechapel as, you may have already suspected, is an immersive theatre experience about the murders committed by Jack the Ripper in the late 19th century, which remain unsolved even today. Sounds scary, right? Well it definitely did to me, though I admit I'm someone who genuinely gets scared by their own shadow. But I would like to say to all other scaredy-cats out there that fear should not stop you: it is possible to enjoy this show! Yes, it does&hellip;

An immersive experience that's perfect for groups or those with an adventurous streak! Get ready to travel back in time to 1888 …

User Rating: Be the first one !
Whitechapel as, you may have already suspected, is an immersive theatre experience about the murders committed by Jack the Ripper in the late 19th century, which remain unsolved even today. Sounds scary, right? Well it definitely did to me, though I admit I’m someone who genuinely gets scared by their own shadow. But I would like to say to all other scaredy-cats out there that fear should not stop you: it is possible to enjoy this show! Yes, it does have some gore and plenty of suspense and frights, but it will leave you psychologically thrilled rather than scarred, and you’ll be talking about it for days, wondering what you should have done differently.

Even though there was a detailed map of the location on the website, the exact venue for the experience was difficult to find because so many recreational activities were happening in the one location. However, once I was finally pointed in the right direction I began to relax and enjoy myself. Having been given a character in advance, on arrival you were divided into teams with other participants before you could step onto the ‘streets of Whitechapel’. Each group was led by a different character who acted as your introduction into the experience. But should you trust them? The answer was left up to you.

Whitechapel is an experience that leaves many decisions up to you, guiding you simply through the plot (to catch the infamous serial killer) instead of forcing you through a set narrative. Every actor in the experience does an impressive job keeping up their façade, as well as keeping to the timing of the production. The 90 minute experience I had felt seamless – no slip ups or early announcements – which really enhanced the feeling that the events of the narratives were happening in real time. I am sure such assuredness could only have been perfected with plenty of practice and dedication.

The design of the experience deserves a lot of credit, too. I am used to immersive theatre being held in smaller rooms: they are often elaborately crafted, but there is little room to physically explore the space once it is full of people. Whitechapel was completely different. Stepping into the dimly-lit venue, the swirls of smoke in the air helped to create the effect that I was literally stepping back in time. It took me a few moments to work out how huge the set was! There were functioning two story houses, a pub, a church, a town square and even remnants of a burned down building which you could explore. The sound effects of slamming doors, eerie sounds, crying children and people retching (gross!), generated the feeling of being in Victorian Whitechapel.

I don’t want to spoil the ending, which is truly blood-chilling, but what I will say is that Whitechapel is worth every penny for the experience. Consider it a perfect day out for groups, but also a good place to socialise! Being made to co-operate with your group actually helped form some bonds. I left not only having a good time, but having made some friends in the process(also known as ‘people who are able to put up with me freaking out all the time’)…