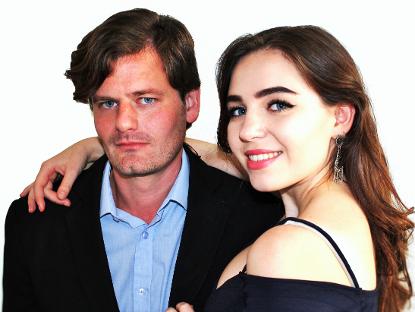 This Was a Man, Leicester Square Theatre – Review

Cons: The set, costumes, and lighting are uninspired, leaving the actors with the sole responsibility of creating a good show.
This Was a Man, Leicester Square Theatre – Review

Pros: Daisy Porter takes an energetic approach to a naughty, adulterous lead role. Cons: The set, costumes, and lighting are uninspired, leaving the actors with the sole responsibility of creating a good show. Nöel Coward is one of the most prolific playwrights Britain has. His wit is his legacy and his influence on London’s theatre scene is seemingly infinite. Coward’s plays do the rounds often. This Was a Man is perhaps one of his lesser known plays: a comedy about Carol and Paul Churt, both not wholly monogamous, and the naughty ins-and-outs of their tumultuous life and affairs. Carol, played&hellip;

Some sparkling performances from the cast, but they are ultimately let down by unimaginative staging that confuses what era the play is set in and compromises the atmosphere.

User Rating: Be the first one !
Nöel Coward is one of the most prolific playwrights Britain has. His wit is his legacy and his influence on London’s theatre scene is seemingly infinite. Coward’s plays do the rounds often. This Was a Man is perhaps one of his lesser known plays: a comedy about Carol and Paul Churt, both not wholly monogamous, and the naughty ins-and-outs of their tumultuous life and affairs. Carol, played by the twinkly-eyed Daisy Porter, is an adulterous, marvellous vixen. On paper, the play promises to be a forward-thinking representation of the wife figure: unashamedly extra-marital and unapologetically self-aware. Coward’s script is a good one… I mean, it’s Nöel Coward! Nonetheless, taking on a period piece set in the 1920s that tackles controversial themes for the time, and making it fit the current cultural landscape, is challenging.

The first hurdle that the Leicester Square production falls at is the (possible) modernisation of the text. There is an ambiguity around whether the play has been set in the modern day. The male leads wear suits fitted to a period long gone, but the women dress in costumes that look very current. I’m not against re-inventing older plays; The National Theatre’s version of Ibsen’s Hedda Gabler has only just finished it’s run to many rave reviews. This Was a Man presents a similarly strong female lead to Hedda. Carol wants to manipulate every person in her social sphere: she enjoys watching the characters fall into her traps and then sends them, bewildered, on their merry way. She is a fantastic character and Daisy Porter plays her extremely well. Without her wide-eyed, lively embodiment of her character, the play would fall quite flat. I can’t help but feel like the staging of the play lets down the actors’ potential to work with the content and make it relevant to 2017.

The staging looks extremely amateur, the props and furniture are unconsidered and the lights are often ill-timed. Each scene change requires almost the entire cast, leaving them waiting awkwardly for each other to move a prop out of the way. I’ve seen an abundance of amateur shows and know that having a low budget does not guarantee bad staging; quite the contrary. I’ve seen well considered staging with a bare set. I appreciate that in many shows, particularly more traditional ones, that the scene changes can be frequent and difficult to choreograph, but this play is mostly in a domestic setting, and I feel like there is no real excuse for such awakward scene changes. There is nothing like seeing characters you haven’t seen in half an hour queuing up to manoeuvre a table, then exiting, to pull you out of the momentum of a play.

The show’s strengths lie in some of its cast members; Porter, especially, but also Aizaac Sidhu’s brief opening scene as Harry Challoner. His energy sets the play up to be a corker, and this energy shifts when he exits. Bibi Lucille’s sultry portrayal of Zoe St. Merryn is a solid one: her chemistry with Porter is just right. The two create an electric atmosphere with their double-edged quips and ferociously passive-aggressive body language.

All in all, This Was a Man is rather disappointing. There is hope. With a lot of careful consideration for the staging and some exploration into how the play might resonate with a contemporary audience, it could be a great show. Until then, the success of the production rides on Coward’s effervescent script, as delivered by the lightning-sharp marvel that is Daisy Porter.