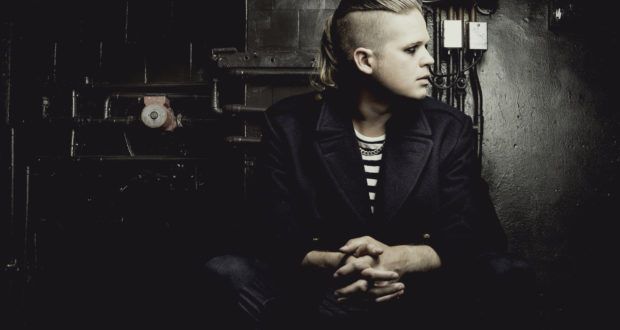 Pros: Fantastic energy, beautiful words and two incredible poets. Cons: The disco lights didn’t quite mesh with the atmosphere. Usually the location of drag nights and pub quizzes, Bethnal Green’s Working Men’s Club provides a garish but homely vibe with gold wall streamers and comfortably worn chairs – set by Luke Wright himself no less- and gave a wonderfully intimate location to exhibit Wright’s most recent collection of poetry, The Toll. Having never seen spoken word poetry recited live before, I was unsure on how the word would translate from page to performance, and how an atmosphere could be&hellip;

A wonderful evening with profound thoughts, sharp humour and extremely intelligent work; a show not to miss!

Having never seen spoken word poetry recited live before, I was unsure on how the word would translate from page to performance, and how an atmosphere could be conjured from purely one man and his words. However, I was utterly blown away by how engaging and exciting the whole evening was. With just a few strong lights illuminating the stage space, the majority of the attention was drawn to the poets and their performance; however rotating disco lights fixed on the audience did detract slightly from this.

Wright was joined by fellow poet Jemima Foxtrot who, despite some issues with her loop machine, gave an outstanding performance switching between fast quips and intensely profound poetry with ease, while maintaining a fully enchanting presence through the entirety of her set. With musings of summer time love and the simple joys in life contrasted with political outburst and feminist responses, interest was immediately captured and held from start to finish. Foxtrot’s words were poignant and delicately crafted, and her interjections of melodic song created a fantastically entertaining dynamic. One poem that left an impression was her final and title piece of her book, All Damn Day, giving rhythm and delight to mundane life that is often overlooked by the rigidity and structure of the everyday. This piece spoke of unexpected bliss found in community and meetings, family and friends and the wonder that surrounds us all if we choose to notice it. Her attitude and insight are intriguing and I found myself lingering to every word she uttered, a true delight and a wonderful performer.

When Wright took to the stage his presence was mesmerising. Flitting between anecdotes and poetry, a real sense of familiarity was formed between himself and the audience which gave a great foundation for the way his intelligently constructed poems were received. His persona was honest and chatty, and his poems echoed these qualities entirely, giving way to roaring laughter with such poems as ‘Essex Lion’ yet his more harrowing of pieces like The Toll granted sincerity and exuded emotion. An assemblage of wit and wonder, Wright performed with the frankness of an old friend and the ingenuity of a genius, a prime wordsmith of the modern day. Displaying his abilities was historical tale ‘The Ballad of Edward Dando’, presenting a pulsing characterisation of the celebrated gormandizer in dramatic and lively verse. Without a doubt the most intricately impressive piece was ‘IDS’, a poem about Ian Duncan Smith, using only the vowel ‘I’. This was followed up with a poem also using just one vowel this time ‘u’, further exhibiting his cleverness and allowing him to subtly brag his skills.

The entire show was a marvellous collation of relevance, sentiment and punch, perfectly intertwined with the warm atmosphere to generate a magical evening of literature and laughs. Be prepared to have expectations blown out of the water and find words that will hook in your mind long after you’ve left; a truthful simple spectacle.