Home » Opinions » What’s in a BAME Name? Stretching the Limits of Diversity Casting 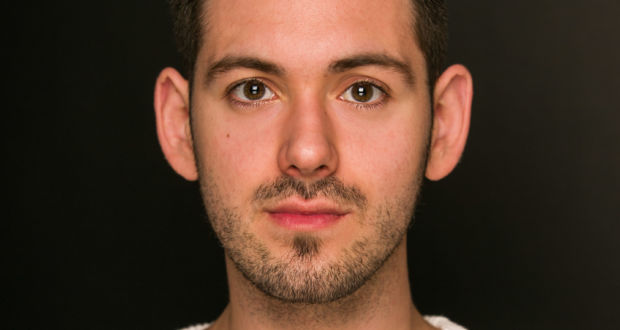 What’s in a BAME Name? Stretching the Limits of Diversity Casting

As the theatre world continues to push for greater diversity, it’s crucial that theatre makers take steps to put performers from varied backgrounds onstage. When casting these diverse actors, however, it’s just as necessary to consider the roles they’re being asked to portray. Here, writer/director Nick Myles explains his personal experience of discovering there’s more to diversity casting than meets the eye.

A young actor I hired last year has changed his name – and not because he’s discovered another performer was already using it. Reece Mahdi has become Reece Matthews because he’s fed up of only being considered for roles requiring Middle Eastern ethnicity.

‘I look and sound Caucasian – but nobody wants to see me for white roles, because I’m constrained by my last name and the contents of my CV,’ says Reece, a Londoner who is British with Portugese/Arabic heritage.

‘Ironically, I used to be constantly told I would never be able to play Middle Eastern characters because I’m not dark enough. So I challenged that assumption by going for roles with that ethnicity – but now I can’t seem to get away from them.’

Perhaps I’m part of the problem? I cast Reece in my play London-Damascus in the role of a gay Syrian in Damascus who finds love online with a naïve Brit. For the role of Ahmed, I needed what I felt was a convincing Syrian – which, in visual shorthand, meant someone with a dark complexion. Reece’s acting profile described his look as Middle Eastern/Mediterranean/Caucasian. It was the first part of that range I was after, so I invited him to audition. He was excellent and won the part.

Looking into Syria’s ethnic demographics, though, I discovered it was more diverse than I’d initially thought – an assumption that perhaps helps to explain the frequent stereotyping in this type of casting. ‘It’s part of a producer, casting director and director’s job to do their research in respect to what people genuinely look like in the relevant geographical area,’ Reece says. ‘It’s assumed that all Middle Eastern people are dark in skin colour, but unless we’re talking about the Gulf, many Arabs are light skinned. Lots of people from that part of the world look like me.’

Reece seemed happy in London-Damascus, however, and is reprising the role at this year’s Brighton Fringe Festival as part of Trouble with Men, a trio of plays exploring modern male homosexuality. He also appeared last year in Rites of Passage, a verbatim show about refugees.

But how does he really feel about these BAME roles?

‘I’m grateful for them and I think they’re important, but I’m a creative artist so I strive to explore a myriad different roles in my career,’ Reece emphasises.

After London-Damascus played to enthusiastic audience and critical reaction at the Old Red Lion Theatre last summer, I decided to write another play with a part for Reece. In Three Men and Some Baggage, a three-handed farce about stereotypes and unrequited love, Reece plays Ray, a jealous type with a secret crush on his best friend.

Baggage is a lot of fun, but I must admit I was initially upset to hear Reece describe Ray as his favourite role. How could this strutting sex comedy be more rewarding than the globally-engaged contemporary narrative of London-Damascus?

‘I love Ray because the part’s got nothing to do with ethnicity – he’s just Ray from Acton,’ Reece explains. ‘A singer doesn’t spend their entire career singing one song, so why should actors be confined to play the same role over and over again?’

There’s such a big push for diverse casting and BAME voices at the moment – isn’t Reece limiting his work options? ‘Not really,’ Reece responds, ‘because I can always revert back, hopefully. It’s about breaking that industry construct of what actors are pigeonholed to be. Actors should be out there trying to break those boundaries, but we can’t do it on our own. We need directors, producers, agents and the rest of the creative practitioners to be a little more open-minded too.’

As a director, I can’t understand the short-sightedness of this sort of name-based ethnic typecasting. It reminds me of research that showed some employers have been in the habit of discarding applications from people with ‘foreign’ names. Like all prejudice, it seems absurd and wrong.

Does Reece think there’s an element of racism in the dilemma he faced, or is it simply laziness or lack of professionalism? ‘I’m not entirely sure what the reason is,’ Reece notes. ‘At the moment I’m trying to show myself in a different light, and I’ve asked my agent to try and push for me to do other roles. It’s not vital that I get seen for strictly white roles, I just don’t want to be stuck playing Middle Eastern roles my entire career.’

As a white man – homosexuality is the only diversity box I can tick – hoping to be as open-minded as possible, Reece’s experience and decision have given me a fascinating new perspective on this very current issue. Are our names being used to judge and define us? What can I do to make sure I don’t fall into this trap? The first thing I do when an actor applies to work with me is to check out their show reel for evidence of their skills, and I’m more certain than ever that this is the correct approach. If the focus is purely on talent, nothing else needs to be considered.

Trouble with Men plays at the Brighton Fringe Festival through 19 May.