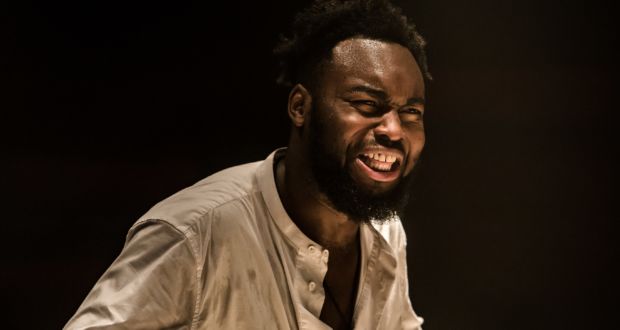 Pros: A strong cast excel in a beautiful venue.

Cons: A lengthy and wordy play ending in tragedy may not be everyone’s theatrical cup of tea.
Othello, Wilton’s Music Hall – Review

Pros: A strong cast excel in a beautiful venue. Cons: A lengthy and wordy play ending in tragedy may not be everyone’s theatrical cup of tea. Wilton’s Music Hall –the oldest surviving music hall in the world - is the atmospheric venue for this production. I’ve long been a devotee of Wilton’s, and can recall huddling over drinks in The Mahogany Bar before major restoration works to the rest of the building had even begun. Today there is also a fabulous cocktail bar upstairs in addition to the main auditorium where Champagne Charlie and other music hall stars would&hellip;

User Rating: Be the first one !
Wilton’s Music Hall –the oldest surviving music hall in the world – is the atmospheric venue for this production. I’ve long been a devotee of Wilton’s, and can recall huddling over drinks in The Mahogany Bar before major restoration works to the rest of the building had even begun. Today there is also a fabulous cocktail bar upstairs in addition to the main auditorium where Champagne Charlie and other music hall stars would have strutted their stuff in the good old days.

It seems fitting that a contemporary production of Othello, which was probably first performed in 1602, is presented in this historical space. At a time when Donald Trump has banned people from Muslim countries entering the US, and protesters are forced to assert that ‘Black Lives Matter’, this production knows that Othello resonates with relevance.  Director Richard Twyman makes a confident theatrical choice by depicting Othello as a Muslim who converts to Christianity (the opening scene has Othello and Desdemona  – with head covered  – recite their marriage vows in Arabic), but he doesn’t seek to labour the point. His light but thoughtful touch gives the rich text the freedom it deserves.

For those who need a quick refresher, the play is set during the wars between Venice and Turkey. The plot centres around jealous Iago’s scheme to ruin Othello – a senior soldier who he serves and pretends to love but secretly hates. Iago’s jealousy stems from his being passed over for promotion, and from rumours that Othello has slept with his wife Emilia. He plots to convince Othello that his faithful wife Desdemona has been ‘making the beast with two backs’ (yes, that’s Shakespeare’s line) with his lieutenant Cassio by planting Desdemona’s handkerchief on Cassio, and planting some pretty ugly images in trusting Othello’s mind.

Mark Lockyer as Iago was superbly fluent with the text. Iago’s repressed homosexuality was subtly hinted at (Shakespeare invents the word ‘hint’ in this very play) in his strained relationship with Emilia (Katy Stephens) and his entire physicality, which bristled with restless energy, as if he were uncomfortable in his own skin.

The production was staged in the round and all design elements (Georgia Lowe) were brilliantly integrated. The lighting had an industrial quality and yet responded organically to the action. Strip lights mounted on scaffolding at each corner of the stage went out one by one as Iago outlined his terrible plan, and flickered when Othello had his fits. The machismo of military Venice was reflected by the stage transforming into a boxing ring – done with brilliant economy by simply lowering a microphone or a punching bag from the ceiling into the centre of the space. Somebody must have wet the soldier’s cagoules so that when they entered (having come ashore from stormy seas) they flung a spray of moisture into the air as they threw them off. These small details made the action live and breathe.

Norah Lopez Holden as Desdemona was well pitched – her costume of dungarees and trainers perfectly straddled her characterisation as both a strong and feisty feminist and also, heartbreakingly, just a young girl in love.  Her bedroom scene with Emilia was re-imagined as a tipsy post-dinner heart-to-heart, and the Willow Song became a passionate Arabic song complete with dancing on the table and Emilia stamping and clinking glasses in time. It was lively and natural, and of course made the scene that follows all the more tragic.

The production as a whole succeeded in being fresh and contemporary while remaining faithful to the text – which is personally just what I want from my Shakespeare.

Previous: Richard III, Arcola Theatre – Review
Next: This Is Not Culturally Significant, The Bunker – Review