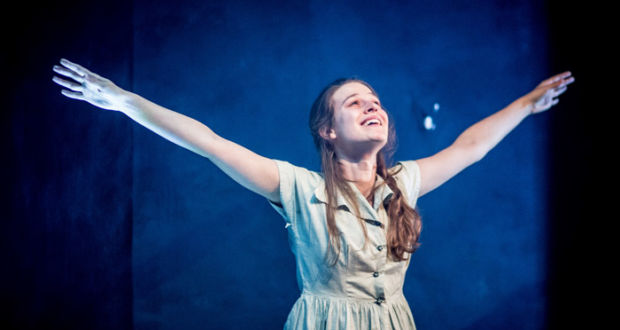 Pros: An intriguing and intense premise, with strong performances from Ruth Gemmell and Emma Paetz, and haunting musical accompaniment.

Cons: Slight background noise from other parts of the venue. Also, some plot developments feel unrealistic. However, these are minor issues.
No Place for a Woman, Theatre 503 – Review

Pros: An intriguing and intense premise, with strong performances from Ruth Gemmell and Emma Paetz, and haunting musical accompaniment. Cons: Slight background noise from other parts of the venue. Also, some plot developments feel unrealistic. However, these are minor issues. You've probably heard of the Bechdel Test: the rapid assessment of a film's feminist content. There's now a Bechdel Theatre Test campaign, so theatregoers can quickly realise with horror that their favourite plays are distinctly male affairs. The test, whether for stage or screen, is simple: is there more than one woman in the script? If so, do they&hellip;

Moving in every sense of the word, No Place for a Woman captures two women's survival instincts in and around a concentration camp. Though parts of the plot feel patchy, it's an absorbing watch.

User Rating: Be the first one !
You’ve probably heard of the Bechdel Test: the rapid assessment of a film’s feminist content. There’s now a Bechdel Theatre Test campaign, so theatregoers can quickly realise with horror that their favourite plays are distinctly male affairs. The test, whether for stage or screen, is simple: is there more than one woman in the script? If so, do they talk to each other? And is their conversation about something other than a man?

No Place for a Woman is perfect Bechel Test fodder: it’s directed and written by women (Kate Budgen and Cordelia O’Neill), stars two female actors, and its title highlights the perceived roles of women. In a Nazi concentration camp commandant’s house, we meet his wife, Annie, planning a party – which may feel logical when you’re in a blissful bubble of fascist propaganda, glossing over signs of the horrific events at the camp.

Though history tells us many women were enthusiastic and sadistic camp guards, the male guards’ wives were left at home, and the commandant’s wife (played by Ruth Gemmell) had a social status to maintain, hence the party. But when her husband brings back a prisoner, the Jewish ballet dancer Isabella, drama unfolds and the two women’s worlds collide. Annie has most of the play’s darkly witty lines, seeing her husband’s job as a ‘privilege’, not a crime. Ruth Gemmell captures Annie’s arrogance and self-absorption, but also garners sympathy for her lonely marriage and possible mental health issues.

O’Neill’s play has evolved from her earlier piece, Tanzen Macht Frei, which was performed at Illuminate Festival last year. Not having seen Tanzen Macht Frei, I can’t tell how much of that play remains here, but the script feels tightly written, with live cello music fitting seamlessly beside it. Director Kate Budgen has kept things simple but effective, minimising costumes, props and – as the scenery moves forward – even the stage.

In the rare moments Annie and Isabella speak to each other, much of their conversation revolves around Annie’s husband: Frederick, to her, but known as Fred to Isabella (an assured Emma Paetz). There’s also a disturbing moment where Isabella compares him to her father, which left me cringing in my seat. But when they don’t speak of Frederick, the women’s similarities show, down to their underwear and mannerisms. Isabella is the lithe dancer whose small frame means she’s mistaken for a child at the camp; Annie is the forgotten dancer who gave up ballet for marriage, a fur coat, and producing children she both loathes and fears.

Movement director Lucy Cullingford creates some brilliant moments where the women mirror each other, examining their hands, lengthening their spines, and finding freedom in dance. They may focus on their spines, but Frederick is the spineless one, left unseen to match his cowardice.

I did spot some stretches of credibility in the play, such as children arriving at the camp being given uniforms (in all likelihood, in 1945, they would have been sent straight to their deaths) and Annie being able to walk into the complex. However, these can be overlooked. What I found harder to ignore wasn’t part of the action at all: from my seat, I could hear noisy conversations beyond the emergency exit, making the stage dialogue hard to understand. This might not happen at other performances, but it was a shame to hear it on a press night.

Producers Small Things Theatre cited ‘the strength of women’ as one of the play’s main themes; this certainly comes across. Given the lasting impression of No Place for a Woman, I’m excited to see what Cordelia O’Neill comes up with next, and I hope it’s equally Bechdel Test approved.