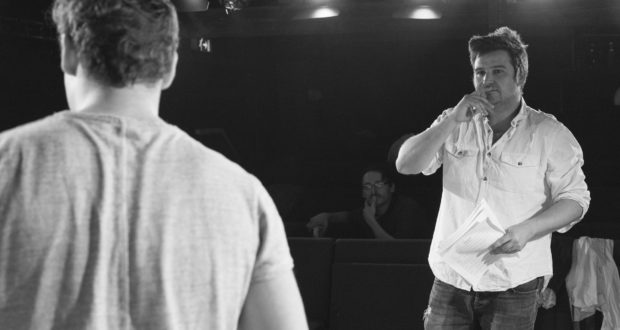 Doctor Jekyll and the infamous Mr Hyde are about to enter our world once again – but this time, we’ll be laughing through the entire experience. Ahead of Let Them Call it Mischief’s adaptation of Jekyll & Hyde, we caught up with co-writer and director Danny Wainwright to learn more about his personal take on this classic struggle between good and evil.

Most of us are familiar with the story of Jekyll and Hyde, but can you tell us more about how you’ve adapted the classic story for this production?
First and foremost – it’s a comedy. Yes, most are familiar with the story, so you can either pretend that no one knows the big plot twist, or you can find the funny in a collective knowledge and put the twists in other places. We’ve definitely gone for the latter. Much of Robert Louis Stevenson’s original story is still there, it’s still Victorian, but we might have deviated away from the exact narrative – and put in a good strong female character, something the book was definitely lacking. There’s also a fair few puns, references and downright silliness – something for everyone!

The story of Jekyll and Hyde has been re-told many times. What is it about this story that you think continues to resonate with audiences, and what makes your particular take on it different?
It resonates with audiences because, in essence, it’s a hero/villain story. It’s also been the inspiration for stories like The Incredible Hulk, Sherlock Holmes, The Nutty Professor (Let’s ignore The Nutty Professor 2, shall we…) and countless other monster stories. Hyde is also a really good villain. It also questions the fine line between good and evil – something we touch upon in our version. Ours is different for a lot of reasons, but mainly because it’s funny! There’s also a political undertone, which we couldn’t ignore in the current climate. Where is the line between good and evil for those in power?

And there are people falling over.

What inspired you to adapt Jekyll and Hyde?
It’s a great story and ripe for an adaptation. The book is so descriptive, but all the explanation happens in the last chapter. Given everyone is so familiar with the story – there’s no way you can leave that reveal, which everyone already knows about, to the end. So you’ve got to mix things up a bit!

What is your favourite moment of the performance?
We’ve got four unbelievably talented actors working with us on this show. Between them, there are over 20 characters. Watching them walk off stage as one character and immediately return as someone completely different is a joy to watch every time for me. That and creating environments with a few simple things and asking the audience to imagine the rest, which invariably they do. It’s what sets theatre apart – the ability to accept the impossible, just for a couple of hours and give your cynicism a little break – until you get back on the tube and someone’s standing on the left of the escalator, and then you’re back to the real world again!

What do you hope the audience will walk away with after the performance?
Mainly a smile on their face and having had a bloody good evening. We’re here to make people happy and laugh – and if we sneak in a few big issues under the radar that people talk about, then that’s great, but as long as they’ve had a good laugh, I’m happy.

Jekyll & Hyde is currently playing at the Pleasance Theatre through 10 June.

Previous: My World Has Exploded A Little Bit, Ovalhouse – Review
Next: Catch Me, Underbelly – Review