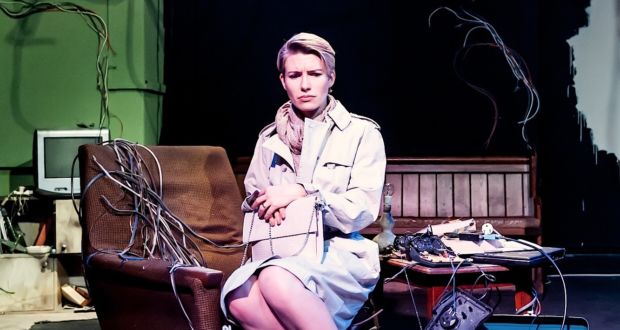 Cons: The play maintains an exaggerated level of tension which prevents the audience from truly relating to the characters, and makes for quite uncomfortable viewing.
Threads, The Hope Theatre – Review

Pros: Samuel Lawrence’s powerful and committed approach to an intense character. Cons: The play maintains an exaggerated level of tension which prevents the audience from truly relating to the characters, and makes for quite uncomfortable viewing. I’m all for a good love story. Especially if it’s tricky and passionate and full of drama. Threads is the story of Vic (Katharine Davenport) and Charlie (Samuel Lawrence), two exes reunited in the flat that they used to share. Over the course of an hour the two conjure old feelings, mainly anger, and are held hostage by supernatural forces that mean they are&hellip;

Potentially cathartic for anyone who has experienced heartbreak, but needs more character development.

User Rating: 4.45 ( 4 votes)
I’m all for a good love story. Especially if it’s tricky and passionate and full of drama. Threads is the story of Vic (Katharine Davenport) and Charlie (Samuel Lawrence), two exes reunited in the flat that they used to share. Over the course of an hour the two conjure old feelings, mainly anger, and are held hostage by supernatural forces that mean they are unable to leave.

Threads is an extremely dramatic exploration of two distinctly dislikeable characters. Vic and Charlie both lack a depth of character that is required for an audience to empathise and interact with their story. Tales of complex love have long made successful plays, but Threads is no Romeo and Juliet. The actors give melodramatic performances for the most part; they are each tortured, quite literally, by the ghost of their past relationship. The pace of the show suffers because there is no light and shade; the bar for tension is set high from the get go, and I never recovered from a sense of agitation from the first line. David Lane’s script is too full of metaphor and forced poignancy to create any sense of reality, but is punctuated with the occasional poetic, and quite beautiful, line.

Samuel Lawrence is clearly an exceptionally talented actor. His eyes are wildly mesmerising and communicate the sense of inward-torture that Charlie suffers convincingly. Lawrence makes the most of a difficult character; his commitment to portraying Charlie’s turmoil stops the character from becoming a parody of itself. Both actors do well to find a consistent way of portraying the couple.

The unbreakable sense of suspense is not helped by the constant droning noise that radiates throughout the whole performance. The sense of irritation you may feel towards the characters is only heightened by the unrelenting background hum. The set is cleverly constructed, with electrical wires littering the flat and creating an eerie atmosphere. Seating the audience in the round really works, by inviting us to feel the domestic tension with a sense of voyeurism. However, having part of the flat set in the corner of the room means that often you have to strain your neck to see what is going on. In line with the overemotional tone of the show, some scenes take place with the characters in a heap on the floor, and because the audience are so close together (occupational hazard of a pub theatre) these moments are easy to miss.

Overall, the script feels like it could do with some more attention. The supernatural aspects of the show are barely addressed and therefore aren’t convincing; the characters are only sporadically concerned with being trapped. Vic and Charlie lack discernible identities and again, this is down to the restrictions of the script. The show alienates its audience by taking a histrionic approach to its subject-matter. Working on making the characters more believable could help to create a show that represents an experience that many of us have been through: navigating the stormy seas of a painful breakup.

Previous: Shit-Faced Shakespeare’s Much Ado About Nothing, Leicester Square Theatre – Review
Next: Phina Oruche on Writing Her Own ‘Identity Crisis’