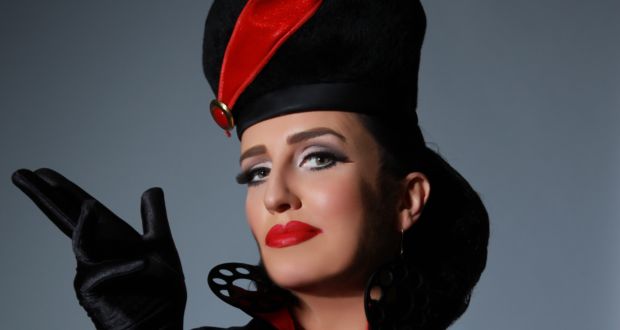 Pros: Loud, brash and in your face comedy with one liners that hit the jugular.

Pros: Loud, brash and in your face comedy with one liners that hit the jugular. Cons: Being in economy! Whenever I’ve been to the Leicester Square Theatre previously I’ve always been inebriated, enjoying my annual instalment of adult Christmas panto while being heckled by drag queens and laughing my tits off ‘til my sides split. I’m happy to say that, now in April, my experience was more or less the same, although the “drag queen” (you’d be forgiven for thinking she was one!) came in the fierce form of the A-List queen of the skies, Pam Ann. Yes, the&hellip;

Camp and acid tongued comedy gold that leaves you screaming for more, but lacks new material.

User Rating: Be the first one !
Whenever I’ve been to the Leicester Square Theatre previously I’ve always been inebriated, enjoying my annual instalment of adult Christmas panto while being heckled by drag queens and laughing my tits off ‘til my sides split. I’m happy to say that, now in April, my experience was more or less the same, although the “drag queen” (you’d be forgiven for thinking she was one!) came in the fierce form of the A-List queen of the skies, Pam Ann. Yes, the world’s favourite hot mess air hostess is back bitches!

Caroline Reid, aka the iconic Pam Ann, has landed Pam’s Louboutins in the West End with her celebratory 20th anniversary UK tour. The show is bitchy, camp and leaves no prisoners. It’s hard to believe that it’s been 20 long years since the Spice Girls were at their peak, Madonna introduced us to Kabbalah and a little known air hostess destined for super-stardom jetted out of her hometown of Melbourne for the first time. In the two decades since Pam Ann has developed a global cult status and, as she says herself, as the airports got bigger, so did her ego… and her mouth filthier.

I first saw Pam Ann back in 2005 at the Two Brewers in Clapham. I remember needing to sit on the bar because the venue was so packed with Pam Ann-hungry gay boys and watching her with my jaw firmly on the floor, the show’s smut was so stratospheric. It was there that I first heard the immortal words ‘touch trolley run to galley’ which, if you’ve never seen Pam (go buy her DVD immediately, bitch!) are from her infamous scene where she demonstrates just how little she cares about doing any work on board, especially when it comes to serving people. This scene, along with the wonderful characters of Singapore Airlines Lilly, British Airways Susan and Hans Zee Gay from Lufthansa are all part of Pam Ann’s comedy arsenal that she rolls out for every show and which made wonderful appearances in her 20th anniversary tour show.

Pam’s barbed wit sees her fly many a risky route (the drunk couple talking in the front row didn’t stand a chance!) and negotiate even the most politically incorrect flight path. From the Muslim jibes directed at the sole Iraqi in the audience to telling an Indian man in the front row that she couldn’t understand him, nothing is out of reach of Pam’s pristine un-PC white gloves. Although I was craving more new material, the show was still topical, brimming with United Airlines gags and references to not being able to find her Malaysian Airlines character – awkward, but hilarious.

I think it is a testament to Reid’s abundant talent that most of the two acts are totally unscripted and, although this leaves the show feeling somewhat disjointed and lazy, it allows Reid to go hilariously off-piste (until the flight deck ring a bell to get her back on track).

Pam is famous for her movie piss-takes (go to PamAnn.com and watch them now, bitch!) so for her 20th anniversary she presented us with ‘The Great British Wank Off’. It was totally crass and made the audience giggle but I found it an unnecessary addition as it broke the show’s pace. I felt the same with the costume changes and random finale, all of which made me think this type of show may work better as a tight one act.

If you’ve never seen Pam Ann before, you will adore this show. Go buy your one-way ticket immediately, but whatever you do, make sure it’s first class bitch!