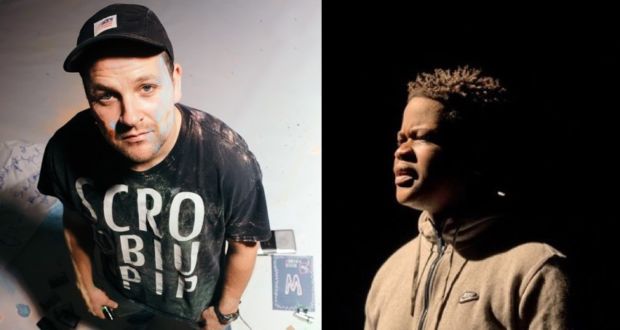 Pros: Two unique shows that thrilled in their own different ways; one through its ability to bring out the child in you, the other for showing that youths aren’t all hanging around on street corners waiting to mug you (despite what the Daily Mail may tell you).

Cons: One day Battersea Art Centre will get itself more organised and keep people informed of delays and when a show is about to start. Maybe a sign or two, please?
Homegrown Festival, Battersea Arts Centre – Review

Pros: Two unique shows that thrilled in their own different ways; one through its ability to bring out the child in you, the other for showing that youths aren’t all hanging around on street corners waiting to mug you (despite what the Daily Mail may tell you). Cons: One day Battersea Art Centre will get itself more organised and keep people informed of delays and when a show is about to start. Maybe a sign or two, please? I’m already a massive fan of Battersea Art Centre, but the Homegrown Festival, a week of shows and events with youth&hellip;

It might not be aimed at the older audience, but the energy and joy within the building is so infectious that everyone should go and support an amazing week of youth and creativity.

I’m already a massive fan of Battersea Art Centre, but the Homegrown Festival, a week of shows and events with youth firmly at its heart, just makes me love it more. For the week, the whole place is handed over to the festival. There’s a different vibe generated by the youthful energy all around the building. In fact you see more teens than you ever will at the more conventional places we’d normally frequent as reviewers.

Being aimed at or created by youth, you need to go into each show with an understanding that it isn’t the finished article, nor will it be everyone’s cup of tea. After all, if you are past your youthful prime (which I may just be, by a decade or two), it isn’t even aimed at you. But that doesn’t mean you shouldn’t enjoy it.

Tonight’s double header provided two very contrasting, yet somehow linked, performances. First up, Dark Corners; a strange name for something so smile-inducing. Seated around a VERY large blank sheet of paper, storyteller extraordinaire Polarbear leads us through more of a workshop than a play as he tells us the story of his first love, with a little time travel mixed in. As his story develops he draws, writes, even throws paint all over the blank sheet, and also invites the audience to interact; sometimes shouting out suggestions, such as creating a backstory for his mum’s new boyfriend, and sometimes more physical, such as shooting him with foam bullet guns. It’s messy, it’s childish, but it’s all amazing fun.

As Polarbear explained after the show, this was written with youth in mind and was never intended for tonight’s older audience. This just meant the performer genuinely seemed as pleased as the audience at how well it all worked out. What it also gave us was a masterclass in showing kids how to use their imagination, and what they can do with a few simple starting ideas.

This led us neatly into Boat, a play performed possibly by the very audience who could have been introduced to theatre by Dark Corners. The simple starting idea here was refugees and how their lives compared to those of the performers, seven teens from diverse ethnic backgrounds.

The first simple idea was in encouraging everyone to get their phones out and to map their location on an app. The next hour was spent plotting their lives, both physically and mentally, against those of refugees.

Boat, like Dark Corners, is very much a work in progress, but it already has moments that need no further refinement. As the young cast switch between their lives as British teens to those of refugees, the play hits its heights. The plight of a young refugee on a boat seeking a better, safer life is simply stunning. As one actor described the scene, the others visualised the boat trip they endured, swaying and spinning as waves hit the boat.

Alongside such moments, the actors gave stellar performances of multiple characters as they attempted to show us how lucky we are to be exactly where we are, and there were clear nods towards a more sympathetic approach to the refugee crisis, something that we can only hope their generation can bring about.

What both shows had in common was a demonstration of how theatre can be inclusive of youth, how it can encourage them to be part of it – on the stage or in the audience. This is a festival that everyone should attempt to see when it returns next year, and, in the meantime, maybe look out for these two shows as they develop in other locations.

Previous: Beyond the Big Top: Contemporary Circus & Compagnie XY’s ‘It’s Not Yet Midnight…’
Next: How to Succeed in Business Without Really Trying, Wilton’s Music Hall – Review