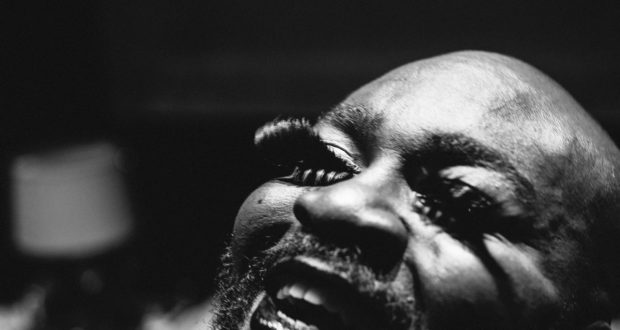 Pros: The show was interpreted in sign language, which I consider a long due move towards equality.

Pros: The show was interpreted in sign language, which I consider a long due move towards equality. Cons: The technical aspect of the audio-visuals requires some improvement. Having watched contemporary opera singer and cabaret phenomenon Le Gateau Chocolat in his autobiographical show Black, I don't know to what extent I can consider coincidental the choice of a venue which bears the inscription 'To Thine Own Self Be True'. That quote, from Polonius in William Shakespeare's Hamlet, sits right above the proscenium arch of the Conway Hall, which is the only remaining ethical society in the United Kingdom and thought to&hellip;

An inspiring and heartfelt paean to the courage of being true to oneself.

User Rating: Be the first one !
Having watched contemporary opera singer and cabaret phenomenon Le Gateau Chocolat in his autobiographical show Black, I don’t know to what extent I can consider coincidental the choice of a venue which bears the inscription ‘To Thine Own Self Be True’. That quote, from Polonius in William Shakespeare’s Hamlet, sits right above the proscenium arch of the Conway Hall, which is the only remaining ethical society in the United Kingdom and thought to be the oldest surviving freethought organisation’s building in the world.

Black is, we are told, Le Gateau Chocolat’s most intimate performance to date and, since its 2013 premiere, has been performed to acclaim around the world. In this 60-minute single act, the Nigerian artist opens up about his childhood in Lagos, his arrival in England as a student and his long-standing battle with depression. Accompanied by the 13-piece Psappha Ensemble, he alternates tales from his past with personal thoughts and an eclectic musical repertoire spanning Wagner to Purcell, Nina Simone to Whitney Houston.

To highlight the intimate character of the piece, the set recreates a bedroom, where Le Gateau is initially sitting on his bed, with his back to the public, getting ready to perform. Snippets of his life as a boy are projected in the form of a cartoon on a frame but the canvas isn’t thick enough, so behind it we can see the performer getting changed to come back on stage. Apart from this little faux-pas, Joshua Carr’s lighting design has something magical and adds significantly to the entertainment value.

Meaningful and beautifully written Black carries, along with a good dose of self-deprecation, a strongly positive message of body pride and a subtle reminder that fighting our fears is a strenuous but necessary part of our lives. Avoiding falling into rhetoric, it addresses social taboos like LGBTQ, race, mental health and assisted suicide, with a heartfelt and confidential tone. Coherent with its statement of equality, the performance is also described by a sign language interpreter and the first row is reserved to patrons with access requirements.

Famous for his gaudy lycra outfits, on this occasion Le Gateau opts for a more understated look, and the only truly striking element is his amazing baritone voice, which is so intense as to overcome even the orchestra’s live score. I left the Conway Hall deeply moved and really grateful to Le Gateau Chocolat for sharing his real story of defeat and success and inspiring me to hold on tightly to my dreams.

Author: Le Gateau Chocolat
Director and Co-Writer: Ed Burnside
Musical Director and Arranger: Julian Kelly
Box Office: 020 8534 0310
Booking Until: This show has now ended its run at Conway Hall. It will be at Theatre Royal Stratford East from 4 – 8 April 2017