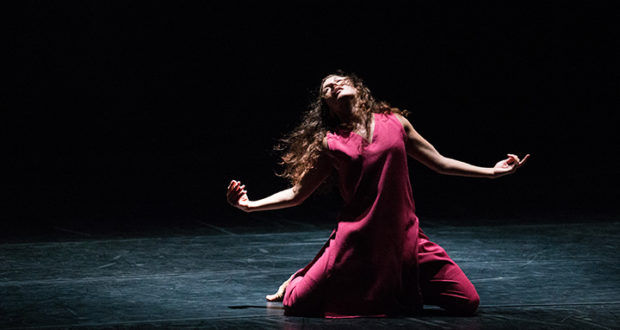 From home with love: a double bill of new work, Sadler’s Wells – Review

Cons: Some disrespectful audience members whispered throughout the performance, entirely spoiling my enjoyment.
From home with love: a double bill of new work, Sadler’s Wells – Review

Pros: An utterly engaging soundtrack which alternated different musical styles with quiet and loud moments. Cons: Some disrespectful audience members whispered throughout the performance, entirely spoiling my enjoyment. Going to the theatre is always a wonderful experience and an inspiring activity for children. As a former front of house steward I've often witnessed the mutual excitement of parents, who are eager to initiate their offspring into the performing arts, and their children, who in turn are excited to explore a new building and discover the world created on stage. But this precious opportunity can soon become spoilt when the uncontrollable entity of&hellip;

Malta's national contemporary dance company tours the UK with a unique and innovative selection of choreographies and musical choices.

Going to the theatre is always a wonderful experience and an inspiring activity for children. As a former front of house steward I’ve often witnessed the mutual excitement of parents, who are eager to initiate their offspring into the performing arts, and their children, who in turn are excited to explore a new building and discover the world created on stage. But this precious opportunity can soon become spoilt when the uncontrollable entity of audience etiquette rears its head.

My evening at Sadler’s Wells for the double bill presented by ŻfinMalta – Malta’s national contemporary dance company – was the perfect example of wrongdoing when taking children to the theatre. As soon as the lights went down and the audience of the Lilian Baylis Studio became silent, my excitement for the commencing performance was abruptly interrupted by the noise of a packet of crisps and the consequent loud crunching. In the seats behind mine, I then noticed a middle-aged man with a little girl of around ten who was enjoying her treat.

Not long had the dancers taken possession of the stage, when the man’s live commentary began. From that point, every daring move, every moment of silence and every beautiful shape was accompanied by the persistent whispering of the pair, who inevitably spoiled my enjoyment of the show.

The first piece, Home, is a 55-minute account on the life’s journey of a man (Jure Gostinčar), who initially appears on stage at birth and is accompanied by seven other manifestations of his previous existence: Nicola Monaco, Martina Zammit, Keith Micallef, João Castro, Florinda Camilleri, Zoe Camilleri and Danae Dimitriadi. Choreographer and ŻfinMalta’s artistic director Mavin Khoo designed a show with a clear reference to cinematic visuals, which work well against the bare black and white backdrop of the most intimate auditorium at Sadler’s Wells. The organic ensemble thoroughly executes the elaborate choreographies emanating a strong, positive energy.  The eclectic soundtrack – which alternates moment of silence against disturbing noises, loud bursts of minimal electronic music, tribal beats and acoustic melodies – is reflected by the dancers with a variable pace and multi-sensorial routines.

The second piece, Kick the Bucket, sees as a protagonist Mavin Khoo himself, accompanied by Gabin Corredor in a sensual 30-minutes duo, where their bodies intertwine and create ever-changing shapes. Choreographed by Iván Pérez, with music by film composer Aaron Martin, the work is inspired by the best-selling spiritual book The Power of Now, written by Eckhart Tolle.

The quality of both performances was really high but sadly because of some disrespectful audience members I feel I’ve been deprived of a unique and unforgettable experience. If I had paid for my ticket I’d have been even more furious after seeing the front of house staff ignore my objection raised during the interval. Following this negative episode, I better understand the importance for a venue to impose an age restriction for performances that aren’t designed for a younger audience.

Previous: Trumpets and Raspberries, Chickenshed – Review
Next: How (Not) to Live in Suburbia, Soho Theatre — Review