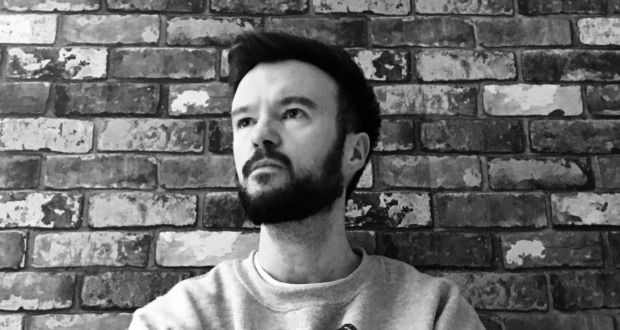 Following an overwhelming success in 2016 with In/Out (A Feeling), director Niall Phillips has teamed up again with playwright Andrew Maddock to bring He(art), a dark insight on what people are ready to do for love, to the stage at Theatre N16. Based on the observation of four individuals attracted to the same painting, He(art) also aims to raise awareness of Emotional Behavioural Disorder (EBD), an emotional disability that results in emotional disturbance and behavioural issues. As an actor, producer and artistic director of Lonesome Schoolboy Productions, Phillips has worked with young people affected by EBD for over a decade. Here, Phillips shares with us his views on accessibility and explains why theatre should be more inclusive.

Can you tell us what He(art) is about and what message you hope it sends to the audience?
He(art) is a play about love, family and what we do for our loved ones. It’s raw and passionate, with a sense of desperation in the very core of the piece. What the audience takes from it is never my concern, but I do want them to talk, debate and even argue on what the play is about. A while back, I left a mainstream theatre after watching a show, and straight away I started talking about anything and everything with my mum, until she made me notice that I hadn’t talked at all about what we had just watched. This is the worst thing an audience member could ever do.

What is the biggest challenge you’re facing in the rehearsal room whilst preparing for He(art)?
It’s a dark piece – a lot darker than I originally thought – and the issues we raise and explore are tough. It’s a real hard-hitting piece that really gets us all going. The conversations we’ve had bring out a real sense of honesty and pain. I love that stuff. It’s also being set in the round – like all my work – so that brings several blocking issues. When will I ever learn?!

This is your second project with playwright Andrew Maddock, after the great success of In/Out (A Feeling) at the beginning of 2016. What do you particularly enjoy about your collaboration with Andrew?
He’s a legend, a very detailed writer with a very honest approach to the work. We spent hours talking about the piece (which for me is a dream). We have a great trust for each other and we know our place in the process. We both like late night chats over awful vegan beer too, so that helps!

One of the characters in He(art) suffers from EBD. How important is this element within the plot? As someone who works with those with EBD, what do you hope the performance will communicate about the disorder to audiences who might not be familiar with it?
For me it’s very important. When I first read the piece, I started thinking straight away about the character of Sam, the sister. She’s so dynamic and brutally honest, so my imagination went wild. Then I met Flora Dawson, who plays the part. As an actress, she was so layered that all became clear to me [referring to the decision to represent the character as suffering from EBD].

The idea theatre makers set up barriers is not at all what I want to participate in. Theatre is one of the biggest sources of happiness ever, so why is it for the few?! I won’t allow my productions or my work to be only for over-privileged and ‘lucky’ individuals. No chance. Anyone can feel something, from pure adoration to uncontrollable happiness, so let’s all get involved in that. Let’s share that unstoppable creation and maybe we will all get along a bit better!

During its run, He(Art) will offer a ‘relaxed performance’ every Tuesday. What should audiences expect from these performances and what is the reasoning behind this decision?
They are starting to sell well . . . so maybe we will have relaxed performances more than just Tuesdays. Who knows what to expect. We are offering a comfortable space where people don’t feel restricted. Our doors are open to everybody and anybody. The play might be a bit softer around the edges but it will be inclusive not exclusive! I have worked with kids or young people with EBD for over ten years. Their faces, when they watch live theatre, are heart-warmingly beautiful, so why on earth wouldn’t I promote that on the fringe and especially in my work?

In/Out (A Feeling) is about human trafficking and He(art) tries to draw some attention to a mental disorder, demonstrating that your work and that of Lonesome Schoolboy Productions have a strong social message. Do you think theatre has the duty to spread a positive message amongst the community and do you feel that, at the moment, this is generally handled well?
A hundred percent. It’s our duty as storytellers or creatives to start debates, raise awareness or highlight an issue. I’ve learnt so much from theatre, more than from some tired teacher with a council tax bill to pay. It is our right to enlighten young people and feed the impassioned with something they can grab, grow with and build something more from.

What is your next project and what is your biggest dream as a theatre maker?
I’m working on a brand-new play with an autistic writer (which is madness on every level). Then back to several workshops in universities, and also some drama school shows that I’m very excited about. My biggest dream is to never stop making work and hopefully make work my mum thinks is good.