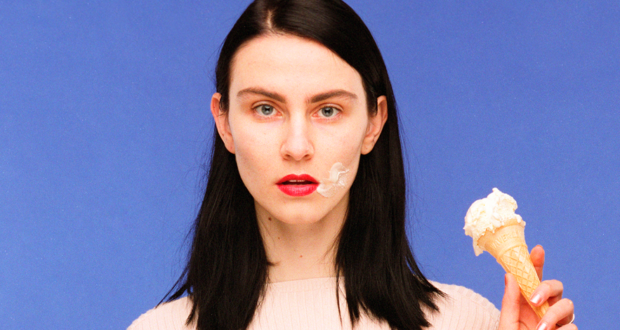 Abigail at The Bunker

After an ambitious and successful first season, new off-West End venue The Bunker is closing out its lineup with the world premiere of Fiona Doyle’s Abigail. Directed by Joshua McTaggart, Abigail tells the story of a couple’s relationship through a series of vignettes. As The Bunker‘s Artistic Director, McTaggart – together with Executive Producer Joel Fisher – has created a space where the artists are the centrepiece and audiences are invited to stay after the show to enjoy live music, art exhibitions and new plays in development. We caught up with McTaggart to learn more about Doyle’s play and the venue’s future goals.

With Abigail concluding The Bunker’s first season, what have the highlights of this new venture been for you since the theatre launched in October 2016?
The Bunker wasn’t even an idea in my head this time last year and here we are now closing our first season. It’s mad! 2016 is a bit of a blur and with Abigail rehearsals spanning Christmas and New Year’s Eve, I keep forgetting we’re in 2017! I think the highlights have to include my first-ever moment in the space and the buzz that gave me, having our first tester audience for the open dress rehearsal of Skin A Cat and the number of people who have approached us, either in person or via social media, to say how excited they were that a venue in London was vocally championing artists in the way The Bunker has set out to do.

The Bunker has been described as a groundbreaking space where theatre enthusiasts are invited to arrive early and stay late to share their opinions and enjoy a series of subsidiary events around the main performance. What events will you be offering in conjunction with Abigail?
The event of going to see a show is a huge part of The Bunker. I’m tired of being ushered out of venues after a show finishes. It’s important that audiences can stay, reflect, and then – if they want – respond. We also give that opportunity to artists of all disciplines. Over Abigail’s run we have scratch runs of plays in response to the piece, musical responses and dance performances.

Seeing the opening season as a learning curve, how different is The Bunker now from what you had initially conceived with Executive Producer Joel Fisher, almost a year ago?
I don’t think The Bunker was ever conceived, per se. Rather, it was created. Much like a rehearsal process for a show, we began with a set of ideas and beliefs, and from that we brought a variety of creative and logistical minds into the room (both physically and metaphorically) to help us develop the idea. However, the core ethos of a space that places the artist at the centre of its programming, and provides audiences with an experience beyond just a play, has been there from the start. If you ask me the same question in another year’s time, I have no doubt, even more things will have changed but – I hope – that the core principle will still be there.

What made you choose to produce Abigail and the other plays included in the Bunker’s opening autumn season?
When I sat down and read Abigail, it took my breath away. It’s difficult to articulate because the reaction was so visceral. The play was buzzing in my head ever since that first reading, so I knew that I had to programme it. The rest of the first season came together in a similar visceral-response fashion. I saw Skin A Cat at the VAULT Festival, last January, and the show is without a doubt one of the most honest pieces of theatre I have seen. When The Bunker became a viable project, I knew that I wanted that play to be our inaugural show and, through highs and lows of the set-up process, their team stuck with us until we finally opened in October. I had seen Philip Ridley’s Tonight With Donny Stixx and was struck by Sean Michael Verey’s mesmerising solo performance, so I jumped at the opportunity to programme its London transfer. With our Christmas production – the new British musical Muted – I listened to the first few tracks of the concept album and I knew straight away that this was something special. I like to think the first season as a set was a variety of risky, enticing and unique theatrical works that made a clear statement about what The Bunker hoped to achieve over the coming years.

You shared your professional debut with Abigail’s author Fiona Doyle. Can you tell us more about that experience?
This is technically true, although I was the assistant director whereas Fiona had won the Papatango prize – one of London’s most exciting new writing awards – for her play Coolatully. I had just started as the Resident Assistant Director at the Finborough Theatre – which was my first professional theatre job in London – and I was fortunate to assist David Mercatali on the project. This is where I met Fiona and I was blown away by her grace, precision and clarity in both her person and her work. I was committed to directing a world premiere play as part of the inaugural season at The Bunker so, when I was sent Abigail (which was actually the first play Fiona penned back in 2013), I couldn’t help but smile. As a director, I naturally impose narrative onto random events, but the fact that I was sent Fiona’s play and was so moved by it felt, to me, like the perfect way to close our opening season.

Abigail is receiving its world premiere at The Bunker. As a director, what is the biggest challenge you had to face whilst working on this new piece?
Any world premiere is difficult. If it wasn’t a challenge, I wouldn’t bother doing it. In a play like Abigail, where the writing is so clear and precise and sparse, the biggest challenge is to find the confidence and trust to do less on stage. I feel, as a director of new writing, you have one priority above all else, and that is to serve the play and tell the story with as much honesty as possible. Although, if I was going to get technical, Abigail takes place in multiple locations across a shifting timeline that never quite stays still for long. The whole team have had to get creative to transport us from scene to scene with style and ease. I think we have achieved that technical feat.

What should audiences expect from the Bunker’s next season, and what are your goals for the theatre moving forward?
We hope to keep building on what we set out to do: a theatre space that provides ambitious artists an opportunity to create work for adventurous audiences. We are in the process of finalising our second season (although we have just announced the first few projects in that season). After Abigail closes, we are welcoming in Phosphorus Theatre for three nights of Dear Home Office, that tells the story of eight male refugees living in London. The piece is created and performed by the young men themselves and their enthusiasm in sharing their stories is infectious. I cannot wait for them to be in The Bunker. Then we launch into the first show of our second season, which is a new adaptation of Schnitzler’s classic La Ronde. This sees four actors choose their parts each night, based on the spin of a wheel or the roll of the dice. In that sense, I imagine 2017 will continue to see The Bunker filled with work that is just as adventurous as the audience coming to see it.

Abigail is playing at The Bunker through 4 February. Tickets can be booked here.