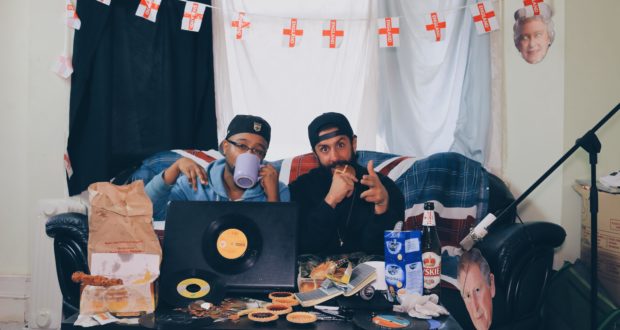 Cons: Too loud at times and a jokes are culturally specific—may be lost on some.
Merryville, Camden’s People’s Theatre – Review

Pros: Witty, engaging, thought-provoking and inspirational.  Cons: Too loud at times and a jokes are culturally specific—may be lost on some.  If you aren’t familiar with the terms ‘fam’, ‘shanked’ and ‘cuz’ I would suggest picking up a dictionary, because Merryville was the epitome of what it means to be a millennial Londoner. Set in a disturbingly possible 2020, Merryville was a ground-breaking show which combined grime music with theatre to create a completely original performance. In Merryville—dubbed the last ‘affordable’ housing estate in London—Dr Green Fingers (Dominic Garfield) and Dustin Roads (Gerel Falconer) welcome the audience to their&hellip;

Perfect for anyone who enjoys music and comedy. Would recommend to anyone who wanted to know what it’s truly like to be a young adult in London.

If you aren’t familiar with the terms ‘fam’, ‘shanked’ and ‘cuz’ I would suggest picking up a dictionary, because Merryville was the epitome of what it means to be a millennial Londoner. Set in a disturbingly possible 2020, Merryville was a ground-breaking show which combined grime music with theatre to create a completely original performance.

In Merryville—dubbed the last ‘affordable’ housing estate in London—Dr Green Fingers (Dominic Garfield) and Dustin Roads (Gerel Falconer) welcome the audience to their basement for a private concert. Highly political in theme, the show explores a near future, where London is in a social crisis, through the medium of rap. There was talk of revolution, a guide to dealing drugs and even an appearance from Kanye West.

But first, the venue: Camden’s People Theatre was easy to find as it was located near both Warren Street and Euston Square Station (even I didn’t get lost!). A cosy and lively venue, it fit the urban aesthetic of the show, and yet was sensitive to their audience as it provided free earplugs to anyone who may be affected by the loud music. I admit, I’m used to the loud bass that comes attached with popular grime music, but even I found it too loud at times. This was a real shame as some of the genius lyrics were drowned out at times. But aside from that, it wasn’t hard to believe you were in someone’s basement. The set design was appropriate for the show, with more focus placed on the props used for each scene (or number, really). The sound and lightning, however, were the real stars: the timing for such cues was impeccable and helped keep up the lively atmosphere throughout.

It would be downright wrong not to applaud the sheer brilliance of the performers. Garfield and Falconer’s comedic timing was incredible, and they themselves cultivated an engaging and friendly environment through both scripted and ad-libbed audience interaction. There were moments I wondered if there has been a faux pas as the two appeared to laugh out of character, but these moments were rare and did not kill the lively energy. It was clear that Garfield and Falconer had dedicated much time to the preparation of the show. Their commitment, passion and enjoyment radiated throughout—from the choreography to the impersonations of MPs in rap battles. Yes, you heard right: MPs in rap battles— because who doesn’t want to see Sadiq Khan and Zac Goldsmith spit bars at each other?

Despite the energetic atmosphere and the hilarious spoofs and sketches, however, the most resounding feature of the show was its strong political message. Merryville really was ‘too real’ at times, and touched on some of the anxieties I know many young people in London have: falling wages, increasing house prices, police brutality and prejudice. Above all, Merryville raised a question many frustrated by these issues must contemplate: is it better to protest peacefully or militantly? The show took a dramatic turn towards the end in which the answer was simple: act is the key word in activism.

For £10 to £12 a ticket, I would say that Merryville was extremely good value for money. As long as you don’t mind the late start of 9pm and can stand loud music, this show will not only make you laugh, but make you think. If someone were to ask me when I was forty ‘how would you describe your youth?’ I would show them Merryville. Truly, it captured the unique experience of living in The Old Smoke.