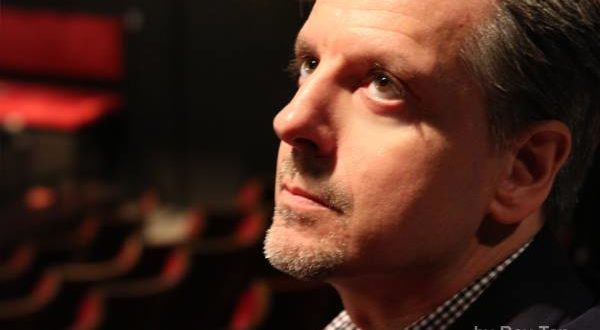 Later this month, Bryony Lavery’s Her Aching Heart will arrive at The Hope Theatre for a special 25th anniversary revival. The satiric musical takes on the genre of ‘bodice-ripping romance’ in a new production promising ‘gothic silliness and Sapphic tomfoolery’. Bringing this gothic pastiche to the stage is Italian producer Andrea Leoncini, who, after a first career as an investment banker, has quickly become one of the most prolific independent producers of Fringe, Off-West End and West End shows. His success has been confirmed consistently by a string of positive reviews and, recently, by a whopping eighteen nominations at the 2016 BroadwayWorld UK Awards. Here, Leoncini discusses the peculiarities of this ‘Mills & Boon’ pastiche and gives an insight on the past, present and future of his company LWL Entertainment Ltd.

Her Aching Heart has been described as a ‘bodice-ripping musical full of gothic silliness and Sapphic tomfoolery’. What made you chose it as a project and which type of audience do you think it will appeal to?
There isn’t a single play about lesbian and bisexual women in London right now. LGBT theatre tends to slip unnoticed into the background and I want to change that. Her Aching Heart is a play that celebrates the love between two women but is also a universal love story, and I think that all audiences will relate to it. It’s a revival of the original play and features a new score by Ian Brandon. It is the most beautifully constructed musical theatre pastiche, the score is sublime and I think it will appeal to a musical theatre audience too.

Your career as a theatre producer only started in recent years, but has quickly become incredibly successful. What was the hardest part of reinventing yourself within the arts world?Sometimes reinvention is the difference between success and failure. Reinventing myself as a theatre producer has overall made me feel happier and more fulfilled. The hardest part was to stop doubting myself on the ability to do this job. Luckily, thoughtful and supportive friends, strong creatives and online bloggers, who appreciate my work, have helped me to trust my instinct to pursue what can be, at times, a very risky but ultimately rewarding career!

Do you think your past professional experiences are now giving you the courage necessary to take risks with new productions and emerging artists as you do?
Risk is an essential element of any business, including the arts. If you don’t take risks, then how can you make something really awesome, that hasn’t been seen before? Theatre producers should be risk-takers who seize an idea, run with it and convince others to follow them. Investors need to be convinced with an attractive proposition, which means a strong creative team and a bold cast – like the one we have in Her Aching Heart. You must take risks. If a script can make you laugh and cry and has a great story, that is a start. My choice of a director usually comes from the amount of passion towards the project that I can sense in them.

What would you consider the highlight of your career so far?
Supporting and investing in new, emerging talent and being able to get the recognition [the work] deserves with great critical acclaim and Off-West End award nominations. On a personal level, possibly, it was the moment when my father hugged me at a press night – probably for the first time in my life – and told me that I had found my true calling. I truly believe that everyone has a calling or a passion – which is the word I prefer to use – and receiving the ‘blessing’ of your own parents to fulfill that passion is the best feeling in the world

Is there a venue in London you’re particularly fond of or eager to work with?
I’d like to co-produce with Theatre503 a game-changing new play that will eventually transfer to the West End.

Do you think your Italian cultural background influences your creative approach in any way?
Definitely. My main influence comes from the Italian operatic extravagance and the proliferation and realism of details. My role model is Franco Zeffirelli, who established himself as the world’s most gifted and innovative Italian director of opera, theatre and film. Her Aching Heart will combine flamboyant and lavish theatricality and intense emotions and I think audiences will be be dazzled by it.

Besides Her Aching Heart, is there any another project in the pipeline for LWL Entertainment Ltd. we should be looking forward to?
I’d love to see a couple of the plays I produced this year move on to a larger theatre. The more people see them and feel inspired by their stories, the better. Telling stories is the way we make sense of the world around us. I like when people come out of my shows happier than when they went in. The jump from Fringe and Off-West End theatre to the West End will be my next big challenge.

The 25th anniversary production of Her Aching Heart will run at The Hope Theatre, Islington from 29 November – 23 December. Tickets can be purchased here.