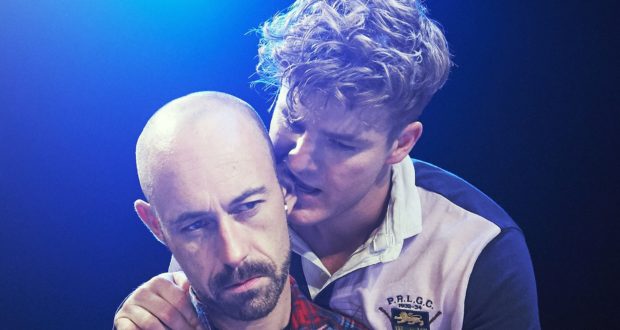 Cons: Unavoidable noise from outside the venue
F*cking Men, The Vaults – Review

Pros: Superb cast, strong script and beautiful direction Cons: Unavoidable noise from outside the venue I had the pleasure of seeing this play in 2009 during one of its numerous sold out runs at the wonderful Kings Head Theatre in Islington. I then bumped into some friends at this year’s Edinburgh Festival who had just seen it on the Fringe, so I went again. I’ve now had the delight of seeing this fantastic play for a third time as it has just transferred to The Vaults hidden underneath Waterloo station. As the title suggests, F*cking Men is all about&hellip;

A firecracker of a production that is hot and well put together...much like the handsome cast!

User Rating: Be the first one !
I had the pleasure of seeing this play in 2009 during one of its numerous sold out runs at the wonderful Kings Head Theatre in Islington. I then bumped into some friends at this year’s Edinburgh Festival who had just seen it on the Fringe, so I went again. I’ve now had the delight of seeing this fantastic play for a third time as it has just transferred to The Vaults hidden underneath Waterloo station. As the title suggests, F*cking Men is all about men and the men that they f*ck. However at it’s heart it really is so much more than that, as the narrative sets out to explore the impact and confusion created by random sex while men are trying to find, or be, ‘the one’.

F*cking Men is loosely based on 19th century play La Ronde which was written, to both protest and acclaim, back in 1897 by Arthur Schnitzler. In its original guise La Ronde focused on ten different characters, including the whore, the soldier, the husband and the chamber maid. All ten characters were interwoven into a plot revealing that sex knows no boundaries of class. Fast forward over a century and apply this same plot mechanic to modern day gay life, from Grindr to steam rooms, and you have a hit! Two-time Tony award winning playwright, Joe DiPietro, has written an incredible script that keeps you on your toes as each sexual scene plays out chronologically and you start to recognise links between the characters. From the confused squaddie to the gigolo, from the bored gay couple desperately trying to keep their spark to the closeted Hollywood A-lister (yes him!), DiPietro’s witty script is full of great characters. When I saw F*cking Men just after its world premiere in 2009 the original cast had ten actors covering the ten individual roles. This production has just three actors, and whilst I preferred the concept of a larger ensemble, it is only fair to say that the current performers, Richard De Lisle, Harper James and Haydn Whiteside are so talented, with their different characterizations and idiosyncracies, that you do feel like you’re watching a cast of ten. As the plot develops you can’t help, while laughing out loud and admiring the full frontal nudity, feeling the loss and frustration of some of the men, and this is a testament to the strong ensemble. The sex scenes, as you might expect from a show called F*cking Men, are quite graphic. The audience loved it!

Director Mark Bradford has done an excellent job with his handsome cast and a complex timeline of events. There’s a wonderful balance of funny and horny scenes mixed with more poignant dramatic ones, and each was executed beautifully. The set, designed by Jamie Simmons, is simple yet effective as the cast move things around to be a bed, a sauna, a park bench and a broom cupboard (we’ve all been there!). The only negative about this production, and it is not the show’s fault at all, is the venue. The Vaults is an incredible space, but the constant flurry of trains overhead can be distracting, especially during the odd dramatic pause.

F*cking Men is a hot, sweaty and funny delight. On until early December I would encourage you to get some friends together and go to see it, but maybe don’t take your nan. Or do? 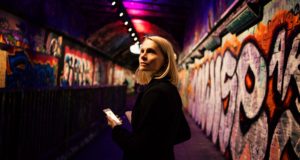