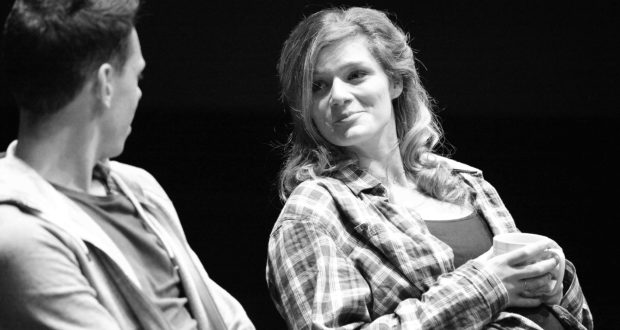 Cons: Could have benefited from a smaller auditorium to increase intensity in the performances.
Jekyll and Hyde & Nerve, Greenwich Theatre – Review

Pros: Brilliant contrast in performances and characters. Two very different stories, yet equally as intriguing. Superb writing from Charlie Howitt.  Cons: Could have benefited from a smaller auditorium to increase intensity in the performances. Jekyll and Hyde and Nerve is Reverend Productions exhilarating and modernist double bill performance at Greenwich Theatre. These two performances magnified two different worlds in separate flats, inside the same building. Performed by the same cast, these contrasting performances showed their difference in writing, set and bold characteristics. With such a focus on the speech, the performances could have benefited from a smaller theatre but&hellip;

User Rating: 4.68 ( 2 votes)
Jekyll and Hyde and Nerve is Reverend Productions exhilarating and modernist double bill performance at Greenwich Theatre. These two performances magnified two different worlds in separate flats, inside the same building. Performed by the same cast, these contrasting performances showed their difference in writing, set and bold characteristics. With such a focus on the speech, the performances could have benefited from a smaller theatre but fuller audience. They definitely deserve a full house every night, but bringing in the focus could have given the whole production a new level of intimacy.

Although given the name, Jekyll and Hyde has very few similarities to the original writing by Robert Louis Stevenson. Seeing the inspiration from the original text, however, the play shows Dr Ellie Jekyll, a strong but struggling young surgeon striking an unusual friendship with the new girl in town. All the while, caring for her brother Simon and getting help from the lovable care worker, Tom. This performance benefited from minimalistic set and simple use of props. The set was appropriately designed to be easily changed into the grungy flat in Nerve. Lighting changes throughout helped in initiating a passing of time and the change in mental health to the current character on stage. Paired with a dissonant opening track and useful sound effects to benefit the performance, both pieces were all about the clever and naturalistic writing from Charlie Howitt. Beautiful and devastating scenes between Ellie, portrayed by Charlie Howitt and her brother Simon, played by Jack Govan, showed the struggle they face every day and the never-ending love they will always have for each other. The uncertain, yet warming relationship between Abigail, played by Kate Novak and Ellie, made me unsure of what I wanted from their relationship. Expecting so much more than what we got, it left the audience wanting more but satisfied with everything they need to find in this fast-paced exhilarating performance. Tom, performed by Lee Comley, was the heart warming company both Simon and Ellie need to function in their lives without getting under each other’s feet. This performance sparked so many questions about morality and the rights and wrongs from each of their situations.

Contrastingly, Nerve was set in a rundown, unclean and probably smelly flat somewhere else in the building. This performance didn’t seem to necessarily have a specific start or end, but for 45 minutes highlighted the world of these four 20-somethings. It showed them dealing with some very 21st century problems that those of their age face these days, especially throughout London, such as: dealing with their disruptive neighbours and having to make life changing decisions they’ll never really be sure about. Lighting was used similarly to the reasons in Jekyll and Hyde. With the added hum of electricity, the sound created more of an atmosphere in Nerve. Portrayed by the same excellent actors, this production shows Sam and Danny, two old friends and new flatmates, helping their friends Tess and Greg through hard moments and difficult decisions. You will never really know who these four characters are or what their story is. You just know their passion for their friends and their surroundings. Again, lots of unanswered questions but unlike other productions, my mind didn’t wander from every word said on that stage. It was realistic and pure. The totally invested writing and performances from Charlie, Lee, Kate and Jack were to be admired.