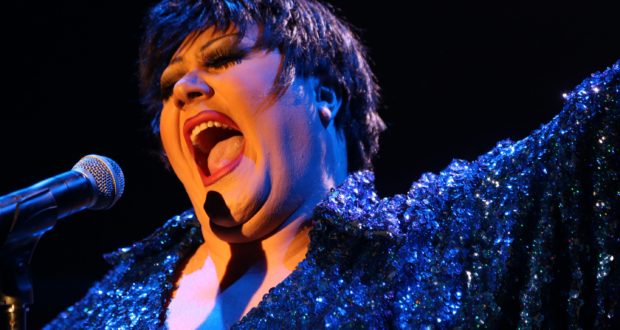 Pros: Hysterical script, vocals that are off the chart, great characterisation

Cons: None, this is Liza darling!
Lisa’s Back! (is broken), London Wonderground – Review

Pros: Hysterical script, vocals that are off the chart, great characterisation  Cons: None, this is Liza darling! Hanging out in London Wonderground on a warm night has to be one of the best activities in the capital during the summer months. From the colourful lanterns hanging in the trees to the screams echoing above from the 60 foot Star Flyer this vibrant and lively circus playground never disappoints. The bars are bustling with friendly staff, the pop-up food stalls are all serving fantastic food and the smash hit shows are some of the best in the country. There isn't&hellip;

An absolute riot of campness, cabaret and comedy that will have you laughing solidly.

User Rating: 4.65 ( 1 votes)
Hanging out in London Wonderground on a warm night has to be one of the best activities in the capital during the summer months. From the colourful lanterns hanging in the trees to the screams echoing above from the 60 foot Star Flyer this vibrant and lively circus playground never disappoints. The bars are bustling with friendly staff, the pop-up food stalls are all serving fantastic food and the smash hit shows are some of the best in the country. There isn’t a better place for circus and cabaret, and what says cabaret more than Liza, with a Z, Minelli?

Liza’s Back! (is broken) is only on for three nights, so I implore you to stop reading this, put down the glass of wine in your right hand, the gin and tonic in your left hand, and buy a ticket! Presented by Showqueen and MEI Theatrical, Liza’s Back! (is broken) is a truly sensational one man show performed by Australian performer and cabaret artist Trevor Ashley. We all know that Liza Minnelli is a true Broadway legend, but her appearances on the musical stage have been few and far between. So what would happen if Liza decided to perform all the great Broadway roles she never got to play? A hysterical riot that’s what! I can’t remember the last time I laughed non-stop in a show like this. Much like Liza, I was  catatonic…with laughter.

As soon as Ashley steps onto the stage he is fierce and fabulous, with a characterisation of this iconic diva that is so on point you’d be forgiven for thinking it was the grande dame herself! I had the privilege of seeing the real legend at a concert she held at Hampton Court a few years ago and, jazz hand on heart, this Liza is so much better darling. She’s straight out of rehab (cue a hilarious rendition of the Amy Winehouse classic) and, along with her 7-piece big band, Ashley’s Liza takes us on a journey through all the Broadway hits that were written for her (ha!) but never performed by her. I Have Confidence from The Sound Of Music is comedy gold, as Liza explains that the role of Maria ended up going to her understudy Julie Andrews (bitch!). If you ever wondered what Maria might be like if performed by a camp diva, then this show is pour vous. Equally tickling is Memory from Cats, which went to whatshername with the big nose. In-between the over the top (and that’s just the jazz hands) showstoppers, Liza rests her larynx by necking cocktails and snorting cocaine, which adds to the rollercoaster of hilarity.

Along with the comedy there are some poignant moments that come from Ashley’s wonderful vocals. His rendition of Norma Desmond’s As If We Never Said Goodbye from Sunset Boulevard, and Send In The Clowns from A Little Night Music, are mind blowing. I was no longer crying with laughter, but from the true rawness of this man’s sensational voice. Don’t fret, there’s also Maybe This Time, Cabaret and New York, New York to guffaw at.

Any gay man worth his tequila salt must go see this show and take all their family and friends. Trevor Ashley as Liza Minelli is a true class act that deserves to be supported again and again.

Previous: SLEEPLESS: Living in the Shadow of a Genetic Condition
Next: Unfaithful, Found111 – Review