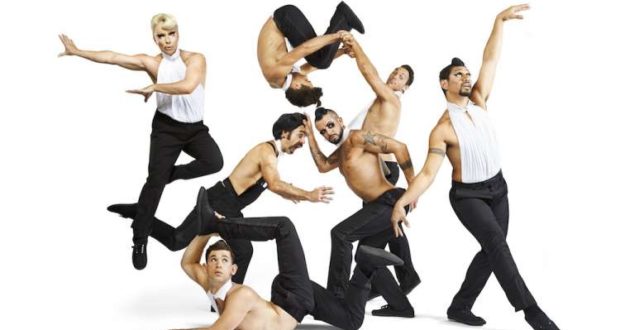 Pros: Fast paced, well-choreographed and unrestrained entertainment. Cons: Prudish hearts stay away! I am a great fan of London Wonderground and, since its opening in 2012, I’ve been there many times. From the very beginning I fell in love with the 1920s Paradiso Spiegeltent and its warm, welcoming and edgy character. Within, contents of an adult nature are combined with outstanding skills ranging from circus to comedy and include music, burlesque, cabaret, freak-show and any other oddity you can or you can’t even think of. It's uninhibited and laid-back vibe is even more palpable during the late evening performances, wherein&hellip;

A sexy, feathery, glittered hurricane of male (ish) prowess with some hardcore fetish acts that might not appeal everyone.

I am a great fan of London Wonderground and, since its opening in 2012, I’ve been there many times. From the very beginning I fell in love with the 1920s Paradiso Spiegeltent and its warm, welcoming and edgy character. Within, contents of an adult nature are combined with outstanding skills ranging from circus to comedy and include music, burlesque, cabaret, freak-show and any other oddity you can or you can’t even think of. It’s uninhibited and laid-back vibe is even more palpable during the late evening performances, wherein bare skin and dirty talk often form part of the fun. With this in mind, I headed to the South Bank with a certain excitement, knowing that I had to brace myself for some kind of shock.

In London for the fifth consecutive year, Briefs is a pioneering all-male physical circus and drag extravaganza. Overcoming gender boundaries, it reaches out to a fluid sexuality that has compelled reviewers from around the globe to produce neologisms like ‘boylesque’ and ‘slap-wearing hunks’ in their desperate attempt to label it.

The evening opens with a glowing choreography of feather fans on the notes of INXS’s ‘Need You Tonight’. In respect of the burlesque tradition, all seven artists smoothly shed their clothes, aiming to reveal the briefs that name the bill.

Host for the evening is the stubbly and glimmering Shivannah, AKA Fez Fa’anana, who starts by informing us that the more booze we’ll consume, the more she will look like a woman and her flamboyant frocks are an act in their own right.

I must confess that I have a soft-spot for blokes with makeup and tattoos; a stunning ensemble of glamorously groomed and extensively tattooed guys is far more than I could have wished for. Soo I’m dragged willingly into this 70-minute electroshock of teasing comedy and unrestrained taboos. Nonetheless, even the most irreverent piece of entertainment has its rules and, in this case, Shivannah invites all of us to forget our electronic devices and “let the boys flash us instead of trying to flash them”.

Heavenly cute Thomas Worrell delights the arena with two aerial routines at the hoop and the ribbon. From my seat right underneath his performing space I feel goose bumps whilst watching his flowing contortions.

Next is naughty schoolboy Louis Biggs, who wows the crowd with a Rubik’s cube and later with some hat-tricks. After seeing him playing with a yo-yo, I won’t be able to look at that seemingly-innocent toy with the same eyes anymore. Louis pairs with Lachy Shelley for some dance moves and later lends himself as a tray for some tequila shots.

James Wellby looks gorgeous as an intergalactic dancing queen, but my position side-stage spoils part of the choreographic effect and I wished her drag act was a bit more unpredictable.

Evil Hate Monkey is on the run from the New York Zoo and breaks into the Spiegeltent in his banana yellow tutu to present a rather original en pointe ballet. He’s also protagonist of a close-up fetish encounter with Captain Kidd, which I found mildly disturbing.

At some point Briefs starts to lose its tempo, just before the cheeky Captain Kidd reappears on stage as a majestic bird. Swinging high on his trapeze, Kidd occasionally takes a dip in his golden bath and forces the first two rows to run for cover under a plastic sheet.

If boylesque was ever to be a thing – and it definitely is – the secret recipe belongs to this playful and ever so fit Australian company, able to deliver a delicious mix of top class athletic skills and foolishly outrageous gags.