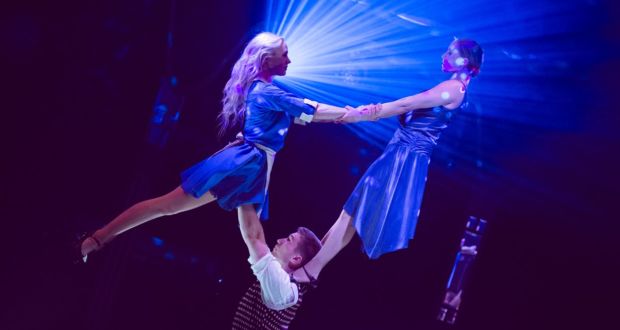 Pros: The variation in this cabaret offering means even that if one act isn’t quite your thing, the next will be along in just a few minutes.

Cons: Slightly let down by what appeared a total lack of organisation beforehand, with the advertised start time, already late, missed by almost 30 minutes, and the audience left queuing with no clue what was happening.
Hotel Black Cat, London Wonderground – Review

Pros: The variation in this cabaret offering means even that if one act isn't quite your thing, the next will be along in just a few minutes. Cons: Slightly let down by what appeared a total lack of organisation beforehand, with the advertised start time, already late, missed by almost 30 minutes, and the audience left queuing with no clue what was happening. Hotel Black Cat, part of London Wonderground's season, is a full-throttle mixture of cabaret, circus, music and adult pantomime, with just the loosest hint of a story holding it all together. The story is really just an excuse&hellip;

A show full of great humour and stunning beauty that offers a totally different experience to the more regular theatre trip. A perfect end to an evening out if you don't mind things a little risqué.

User Rating: 4.6 ( 1 votes)
Hotel Black Cat, part of London Wonderground’s season, is a full-throttle mixture of cabaret, circus, music and adult pantomime, with just the loosest hint of a story holding it all together. The story is really just an excuse to allow individual performances to flow from one to the next; take the story away and the show would hardly change. Saying that, it does allow for some great one liners from compère Dusty Limits, playing the role of hotel manager, a man channelling Julian Clary circa 1990 (and that’s a compliment not a criticism).

So, that loose story, for what it matters: the staff of the financially broke Hotel Black Cat is expecting a wealthy visitor, who they hope will save them. The hotel’s cause isn’t helped by its array of staff, a bunch of drunkards, druggies, adulterous musicians and complete imbeciles. Things can only lead to disaster. Unsurprisingly, though, each employee possesses a hidden talent and each have their moment in the spotlight as the story plays out.

Each individual act offers a blend of slapstick, grace and elegance – sometimes all at once. The cocaine snorting ballerinas, with faces sloppily made-up with more lipstick on chins than lips, make you laugh then smile with the absolute splendour of their dance. Very much the same can be said of the string quartet, who tell the story of their secret adulterous relationships with a glorious combination of music and dance, complete with swordfight. And, interspersed with these clownish performances, some incredible acrobatics and dance truly impress. The beauty is breathtaking at times. The contrast between all these performers allows Hotel Black Cat to flow, keeping the audience enthralled, laughing and gasping from start to very end.

Unfortunately, Hotel Black Cat is slightly let down, not by the performance itself, but by something completely out of the cast’s control: the chaos beforehand. While the show is finely-crafted chaos, the set up around the show appears anything but organised. With the late start time and the location surrounded by lively bars, it isn’t hard to predict that on a warm Friday evening the place is going to be heaving. Okay, so the crowds can’t be helped – it is what makes Wonderground a financially workable concept – but what surely can be helped is the organisation to deal with this.

Having the queue trying to mingle with the bar crowds is a disaster. A sign or two, even a rope to divide crowd from queue, would be a good start at the very least. And just to make things even worse, the start time of 9.45 passed by without the queue having moved an inch, the doors firmly shut as we all waited and wondered what was happening. In fact, it was well past ten by the time things actually began: a problem if you are needing to catch a train home. You can’t expect the entire audience to live local, after all.

Ultimately, though, Hotel Black Cat does more than enough to make up for such poor organisation. As an after dinner, or more likely, after pub show, it is worthy of five stars. However, the chaos and confusion that preceded the show lets it down.  For something that is so finely crafted, you would have hoped that the venue could get things right beforehand. Even so, if you are looking for something different, it is well worth a try.