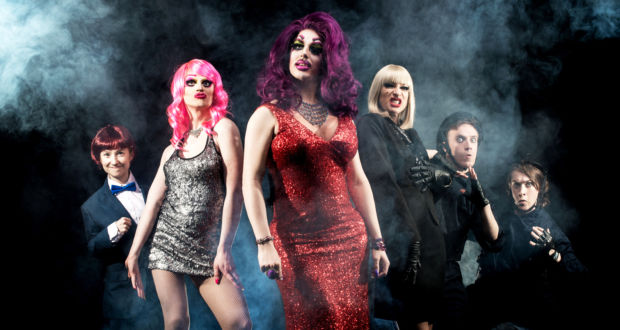 Cons: There were some minor slip-ups, but the cast dealt with these with humour and style.
Heels of Glory, Chelsea Theatre – Review

Pros: The quality of the musical performances was very high, with some astounding vocal performances throughout the show. Cons: There were some minor slip-ups, but the cast dealt with these with humour and style. Tucked away underneath the iconic World’s End Estate you will find Chelsea Theatre, and for this performance of Heels of Glory the entrance to the theatre was complete with a red carpet. The first thing to say is that if you’re not wearing sequins you will feel underdressed; many of the audience were in drag and looked fantastic! I felt quite scruffy, dressed in just&hellip;

There’s only one word that you could really use to describe this show: fabulous!

Tucked away underneath the iconic World’s End Estate you will find Chelsea Theatre, and for this performance of Heels of Glory the entrance to the theatre was complete with a red carpet. The first thing to say is that if you’re not wearing sequins you will feel underdressed; many of the audience were in drag and looked fantastic! I felt quite scruffy, dressed in just my normal clothes.

The show is based in a legendary drag club, La Douche, where the star of the club and the drag world Splendorella regularly performs. She is due to launch a new foundation for drag queens created by Allura Supreme at midnight, but all is not as it seems and Allura’s evil plan is soon revealed! The show also features Honey, a young drag queen who has never been out in drag before but idolises Splendorella, and Jay, her best friend who is obsessed with James Bond and gadgets – killer heels take on a whole new meaning. It soon becomes clear who needs to save the day, and chaos, humour and ingenious songs carry the story to the surprising but brilliant finale!

Every single member of the cast is brilliant, they were all very funny and I was in awe of their vocals. There was a stand out performance from Nathan Kiley as Splendorella, who made the perfect diva with an incredible voice. Sarah-Louise Young as the fantastically evil Allura stole the show with her mix of evil laughs and impressive vocal performances. Honey and Jay were a double act who bounced off each other wonderfully. Alongside the four main characters were four ‘henchmen’, Allura’s minion style sidekicks; there were very funny sequences between these silent characters, whose comedic timing was spot on.

The cast often broke the fourth wall to interact with the audience, but this was always done with kindness, despite their quite callous observations! There were some minor slip-ups, but the actors brushed these off easily and with humour, so they did not impact on the overall quality of the performance at all.

As musicals go, this one is definitely cheesy. But the quality of the songs, the band and the vocal performances mean that this is not a bad thing. The songs are perfectly timed to keep the performance moving along, and some of the lyrics are very funny.

Imagine a musical mix of James Bond, panto and Eurovision, done incredibly well and with real heart, and you will have some idea of what Heels of Glory has to offer. Although full of clichés and innuendo, the show is truly original and the perfect antidote to a bad day out in the real world. We sang Don’t Let Them Drag You Down all the way home.

Previous: This Much, Soho Theatre – Review
Next: All-Access Theatre: ‘Karagula’ and the Extra-Live Movement