Home » Competitions » Win tickets to No Villain at Trafalgar Studios 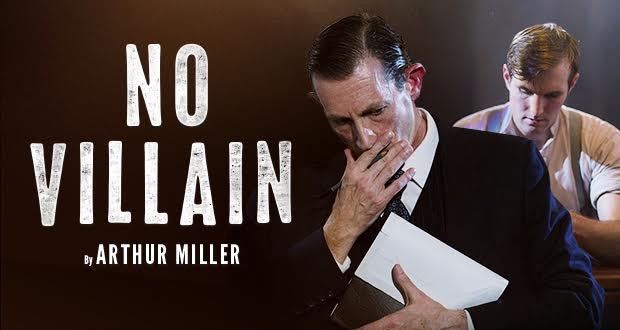 Win tickets to No Villain at Trafalgar Studios

This is your chance to win a pair of tickets to see Arthur Miller’s undiscovered debut, No Villain, at the Trafalgar Studios this summer.

To enter simply retweet the tweet below. by 5pm on 5th June 2016 and tell us who’s your favourite villain.

#COMPETITION: Win tickets to No Villain at Trafalgar Studios.
To enter retweet by 5pm, 5.6.16 AND tell us who's your top villain.

Over six days during spring break 1936 at the University of Michigan, a twenty year old college sophomore wrote his first play, No Villain. His aim was to win the prestigious Avery Hopwood award and, more importantly, the $250 prize he needed in order to return to college the following year. Miller won that award, and the subsequent one, but the play was never produced – until now.

“The most autobiographical dramatic work I would ever write.” – Arthur Miller

This remarkable debut play gives us a tantalising glimpse of Miller’s early life, telling the story of a garment industry strike that sets a son against his factory proprietor father. As Miller explores Marxist theory we understand the seeding of his political values and the beginning of his extraordinary career.

Terms and Conditions
Winner will be selected at random from all entries. Competition closes at 5pm on 5th June 2016. Winner receives a pair of tickets to see No Villain at Trafalgar Studios. Tickets are valid for Monday – Friday performances between the 14/06/16 and 23/07/16 excluding 20/06/16. For a full list of dates and performance times please visit http://www.atgtickets.com/no-villain. Tickets to be collected at the box office with no cash alternative. Tickets are subject to availability and are non-transferable and exchangeable. Additional expenses are the responsibility of the prizewinner. Editor’s decision is final. Competition is run by www.booments.com