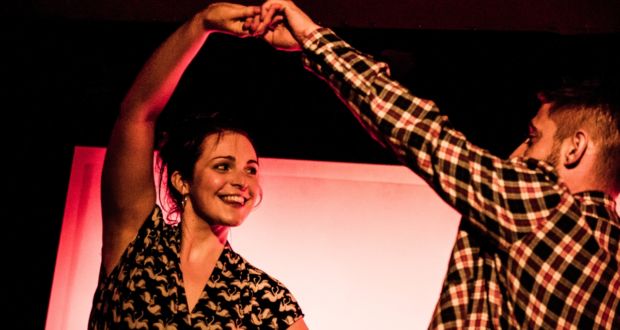 This Is Living, Trafalgar Studios – Review

Cons: An overly long blackout between two scenes led to premature applause and cheers as the audience thought the show had ended. The production could do with reworking to avoid this confusion detracting from the poignant and emotional conclusion.
This Is Living, Trafalgar Studios – Review

Pros: Michael Socha and Tamla Kari give emotional, heartbreaking performances in this production exploring grief and love. Cons: An overly long blackout between two scenes led to premature applause and cheers as the audience thought the show had ended. The production could do with reworking to avoid this confusion detracting from the poignant and emotional conclusion. Having debuted at the Edinburgh Fringe Festival last year, Liam Borrett’s play This Is Living has transferred to the West End at Trafalgar Studio's intimate venue, Studio 2. The production tells the story of young married couple Michael (Michael Socha) and Alice (Tamla&hellip;

This Is Living is a funny, emotional and very clever production with a simple but effective set and strong cast.

Having debuted at the Edinburgh Fringe Festival last year, Liam Borrett’s play This Is Living has transferred to the West End at Trafalgar Studio’s intimate venue, Studio 2. The production tells the story of young married couple Michael (Michael Socha) and Alice (Tamla Kari), with the audience quickly realising things have gone very wrong as Alice is introduced lying face down in a puddle of water.

As she sits up coughing and spluttering on Sarah Beaton’s cleverly designed waterlogged stage, it becomes clear that Alice has drowned in a lake trying to save the couple’s young daughter. While Michael tries to convince her that she’s dead, Alice insists they have ended up in the middle of nowhere as a result of a heavy night out. As the realisation sets in we see the couple struggle to cope – Alice with the fact that she will no longer be able to watch her daughter grow up or grow old with her husband and Michael with the grief that comes from losing his wife.

Socha is brilliant in his role as the grieving husband left to look after his young daughter. Although we get very little insight into either character’s background we discover early on Michael’s desire to become a father. He is sensitive, emotional and his devotion to Alice is unwavering. Alice on the other hand is opinionated, confident and energetic and some of the funniest moments are thanks to Kari and Socha’s fantastic comedic timing.

Socha and Kari spend the entire production dripping wet as they splash around on the wet stage. There are a number of nice flashback scenes where the lighting is effectively used to shift the scene from the present (cold, blue lighting) to the past (warmer, yellow lighting).

The end of the play could be tighter however as the audience began to applaud when the lights dim and it feels that the story has come to its natural conclusion only for the lights to go up after a lengthy period of time revealing another scene has yet to play out.

Otherwise this is a good production with a fantastic set and lighting design and a heart-wrenching plot which left many audience members in tears.

Works for in Central London as a Press Officer. Having been brought up in a small town deep in the Welsh Valleys, Laura completed an English degree and a Magazine Journalism Postgrad and eventually moved to London to live her dream of working in the theatre. Spending many years as an avid Alan Rickman and Harry Potter fan (we defy you to find someone who knows more about the series than her!), she ventured into the ‘Muggle’ theatre world by accident during a free afternoon in London. She spends most nights in London attending various productions while volunteering at several theatres as an Usher and Press/Marketing Assistant. She currently resides in London.