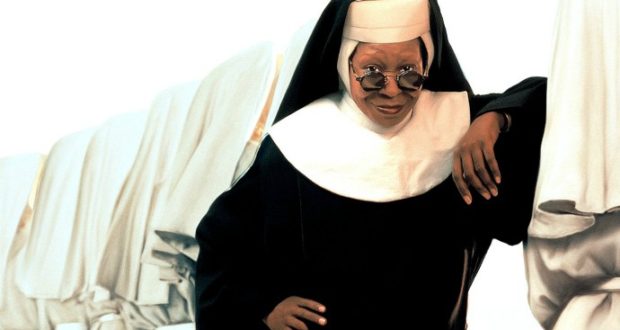 Author: Everything Theatre in Features and Interviews 14 May 2016 0 438 Views

If your opinion of nuns has been shaped by how they’re portrayed on stage and screen, you may think of them as stern, out of touch, and at times even downright comical. But, as playwright Brian Mullin explains in this guest blog, there’s much more to these sisters than the media might suggest. Ahead of the premiere of his play We Wait in Joyful Hope at Theatre 503, Mullin takes on these outdated depictions and goes beyond the habits and vows of chastity to explore the grassroots activism at the heart of many nuns’ work.

When I started telling people that my new play was about nuns, I got a lot of raised eyebrows. ‘Brian,’ someone told me, ‘They already made Sister Act 2.’

What is it about nuns that makes us laugh? You can’t walk into a WHSmith without finding at least one greeting card with a nun – dressed in a full habit – riding a motorcycle or doing some other ‘wacky’ thing. I suppose the opportunities for humor are obvious: we think first of the penguin-like outfits (which most sisters don’t even wear anymore) and their vows of chastity. These are women whose life choices seem completely out of step with the modern world.

That’s why we love to watch them sing Motown hits in Sister Act or pull the sparkplugs out of Nazi automobiles in The Sound of Music. When they’re not figures of affectionate comedy, they’re often represented as stern disciplinarians or even villains, as in The Magdalene Sisters. There are cultural and historical factors behind all these representations, but they fail to acknowledge the drastic changes in the lives of many ordained religious women over the past sixty years.

Sister Bernie, the main character of my play We Wait in Joyful Hope, doesn’t seem like your typical nun. We first meet her in her tiny flat, dressed in a Che Guevara t-shirt. She uses salty language and rolls her own joints. She’s equally at home doing street outreach with Ukrainian girls who’ve fallen victim to human traffickers or holding conflict resolution summits with gang leaders. Bernie is a tough, determined woman who’s devoted her life to grassroots community activism. And though she’s fictional, I hope she’s a more accurate representation of a generation of women I find extraordinary.

Though you wouldn’t know it from stage and screen depictions, most nuns today in the West dress in modern suits or t-shirts. They don’t often live in large convents, but in simple accommodation or amongst the populations they serve. And while most nuns I’ve met have extraordinary humour and optimism, they’re anything but comical.

While most nuns I’ve met have extraordinary humour and optimism, they’re anything but comical.

I may have a unique perspective. My aunt joined the Franciscan sisters in New York during the 1960s, which turned out to be the high-water mark for young women entering religious life. Before the sexual revolution and the social and professional advances wrought by feminism, the prospect of joining a celibate order of sisters may have been more attractive to a larger number of women than it is today. While other young women faced the prospect of marriage and motherhood or limited career choices, nuns joined a female-centered world with the possibility of challenging and rewarding work. Sisters held positions of real authority, with many running schools and hospitals.

The 1960s were a time of revolutionary change within the Catholic Church. In 1962, the Pope convened the Second Vatican Council in an effort to ‘throw open the windows’ of the Church to the modern world. Religious orders were encouraged by the Council to return to the spirit of their founders. For my aunt and the other young sisters of her generation, this meant re-thinking what their vows of poverty, chastity and obedience ought to look like.

My aunt had been working in a large Catholic hospital in New York City and dressing in a modified habit, but she and other sisters increasingly desired to live more like St Francis of Assisi, the medieval radical who devoted his life to helping the poor. A group of young sisters petitioned the order to leave the convent, take over a small tenement building in the then-rough neighbourhood of Hell’s Kitchen and turn it into a dwelling place, where they took in homeless women who had no place in the City’s all-male shelter system.

This bold and radical move was driven by their faith and commitment to works of mercy taking place at the grassroots. They were not alone. Other sisters of their generation took on causes like pacifism and civil disobedience; environmental activism; and work with migrants and other marginalised people. For many sisters, this work continued long after times changed and other countercultural radicals of the 60s gave up their idealistic causes.

Growing up hearing these stories from my aunt and her colleagues, I knew these women as passionate and full of strength, yet their dedication and steadfast work was rarely represented in any kind of media. Susan Sarandon won an Oscar playing real-life nun and anti-death penalty advocate Sister Helen Prejean in Dead Man Walking, but this was the exception that proved the rule.

I knew these women as passionate and full of strength, yet their dedication and steadfast work was rarely represented in any kind of media.

My desire to pay tribute to the sisters became more urgent after 2012 when the Vatican, under Pope Benedict, launched an outrageous investigation into the work of the largest group of nuns in the US, claiming they espoused radical feminist values and promoted teachings that were incompatible with Church doctrine. This investigation came just after the world learned about the vast cover-up by priests and bishops of clergy sexual abuse. It seemed to many that nuns, who’d devoted their lives to advancing the progressive spirit of peace and justice within the Church, were being unfairly targeted.

Many people, Catholic or otherwise, turned out to support the sisters; Pope Francis has since dropped the investigation. If any good came out of that episode, it at least shone a light on the incredible work done by nuns around the world. It’s in that spirit that I wrote We Wait in Joyful Hope. Sister Bernie is not real; she’s particularly unorthodox and stubborn and is often her own worst enemy. It’s those contradictory qualities that make her, I hope, into a complex and relatable dramatic heroine. What she shares, though, with the real nuns that I met and interviewed over the course of my research, is a faith that’s been tested by decades of hard work and a resilience that can seemingly face any challenge.  Sister Bernie is quick to employ sardonic humour in the face of life’s obstacles, but like so many real-life sisters, she’s much more than a punchline.

Previous: I’m Not Jesus Christ, Theatre N16 – Review
Next: The Sins Of Jack Saul, Above The Stag – Review 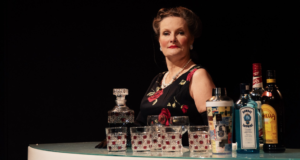 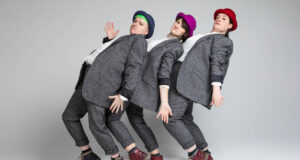 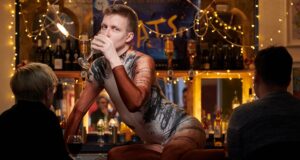