Home » Features and Interviews » The Rise of the Independent Critic 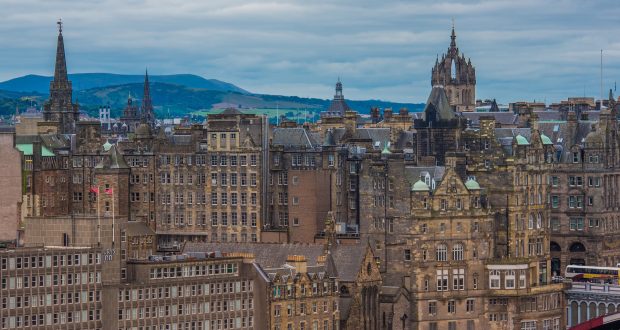 The Rise of the Independent Critic

As paid arts criticism continues to give way to the rise of unpaid bloggers, it’s important to look at the implications of the new criticism economy. In this guest blog, Network of Independent Critics co-founder Laura Kressly discusses the importance and consequences of independent theatre critics and how the NIC is responding with a new Edinburgh Fringe housing scheme.

In our current digital age, more and more people are getting their news not from newspapers, but online, and publications are cutting their content or folding completely as a result. It’s no secret that print media is dying, and arts journalists are some of the first to be cut in money-saving restructuring. With the advent of blogging, criticism and arts coverage is shifting to the internet, as the opinionated populace create their own platforms to discuss their passions, including theatre and performance.

This empowering new model, though democratic, still has its issues. With anyone able to start their own blog, the general quality and authority of the critical population decreases. But within the noise, there are voices that know what they’re talking about. Many of these writers also work in theatre or have theatre training, though this isn’t always the case. Some are seasoned theatregoers with enough experience to critically evaluate a production. Some are former print media critics and journalists who lost their jobs or left the ship before it sinks completely. These independent bloggers are rapidly gaining the trust of theatre audiences and industry professionals, further catalysing the shift in power from paid, printed criticism to blogs.

These independent bloggers are rapidly gaining the trust of theatre audiences and industry professionals, further catalysing the shift in power from paid, printed criticism to blogs.

Though bloggers have long been regarded as second string to printed publications, change is afoot. More established independent critics are invited to cover West End and high-profile shows. Publicists recognise the sway a well-written blogger’s review has. Most importantly to theatre ecology, small and emerging companies rely on independent bloggers for reviews, as the print media, with its shrinking coverage, is unlikely to see their work. Even at Edinburgh Festival Fringe, where big papers see small shows, numbers are not in favour of low-budget shows that can’t afford a slot in one of the top six or so venues. And the less well-regarded London fringe venues with a run of less than three weeks? Forget it. The papers won’t come—but the bloggers will.

Large conglomerate blogs like Everything Theatre, A Younger Theatre, Female Arts, West End Wilma, Exuent and others play a huge part in giving credibility to bloggers, but individual outfits are out at sea, particularly when starting out. Twitter has done a lot to connect bloggers and allow producers with press invitations to find them, but time and money are usually required to build a readership. This is the hardest phase to get through, and there are likely dozens of abandoned blogs littering cyberspace that didn’t make it past this stage. In terms of writing ability, though, this stage of a blog’s development is probably the most helpful. Low readership means there’s space to improve writing techniques, develop a unique voice and network online with minimal impact.

More of these networks are emerging as audiences demand credibility and bloggers seek out support, further closing the gap between bloggers and the dwindling number of print critics. Theatre Bloggers organises periodic theatre trips for its members. My Theatre Mates, founded by two professional critics who have moved into blogging, syndicates successful blogger applicants on their website portal. Most recently, Katharine Kavanaugh and I founded the Network of Independent Critics, a new umbrella organization that seeks to explore funding options to support unpaid independent critics. We also want to provide support and networking opportunities to the disparate critical blogging, vlogging and podcasting community. There is strength and validity in numbers, particularly if those numbers are composed of experienced, specialist critics.

There is strength and validity in numbers, particularly if those numbers are composed of experienced, specialist critics.

Though the organisation is still shaping its future aims and the role it will fulfill, we’ve recently launched our first scheme. NIC has booked two flats in Edinburgh for the duration of the August festival season, and we took applications from interested critics who will specialise in a specific performance area for a one-week slot in the accommodation. Once participants confirmed acceptance, NIC launched a crowdfunding campaign to cover the cost of the housing. If the target isn’t reached, the participants will pay the difference so the housing will still be subsidised.

Twenty-six critics, including the two co-founders and three circus specialists, will be going to Edinburgh this August to cover a minimum of three shows a day. Though mainstream publications and large, festival-only critical publications always review copiously in Edinburgh, the NIC critics will aim to focus on performance that doesn’t tend to receive mainstream publication. The critics will generate review content that suits their own style on their own platforms, giving critical feedback and publicity to performances in their specialist areas.

On the current trajectory, print media will die eventually and blogs will become the new normal in arts criticism, with umbrella organisations like NIC serving to give credibility and publicity to their members. The next issue with this model is funding: advertising brings in little and unless producers paying for reviews becomes common, crowdfunding campaigns such as ours and working for free looks to be the way compensation is heading. Unless a new financial model arrives, arts criticism will become a serious hobby for those who are retired, independently wealthy or balance writing on top of a day job, which may result in burnout and damaging stress from growing workloads. Even though the shift in the critical landscape is positive for all except current salaried newspaper critics, these downsides to independent theatre blogging need to be tackled proactively, or else blogging will become the arena for the financially comfortable.