Win tickets to Show Boat at the New London Theatre

This is your chance to win a pair of tickets to see Show Boat at the New London Theatre.

To enter simply retweet the tweet below AND tell us which river is home to the show boat, by 5pm on 27.3.16.

#COMPETITION Win tickets to @ShowBoatMusical at New London Theatre
Retweet AND tell us which river is home to the show boat, by 5pm 27.3.16

Set against the backdrop of America’s Deep South at the turn of the 20th century, Show Boat tells a powerful story of freedom, loyalty and above all love.

The show’s Broadway premiere in 1927 changed musical theatre forever, and this lavish new production proves that its timeless themes and peerless music remain as vital, passionate and moving as ever.

So hop on board the Cotton Blossom show boat, and be swept away by one of the most romantic musicals of all time, directed by Daniel Evans and featuring the timeless songs Ol’ Man River, Make Believe and Can’t Help Lovin’ Dat Man from Jerome Kern, with lyrics and book by Oscar Hammerstein II.

‘SENSATIONAL. GLORIOUS. A TRIUMPH’ – The Times

‘A MUSICAL TREAT FROM BEGINNING TO END’ – The Mail on Sunday

Non transferable, not for resale

Previous: Buster Keaton at the Hollywood Canteen… as told by Orson Welles, The Space – Review
Next: cancel the sunshine, The Hope Theatre – Review 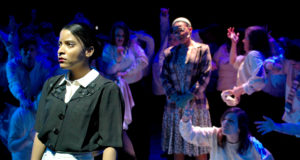 Blowin’ in the Wind, Online at the Chickenshed – Review 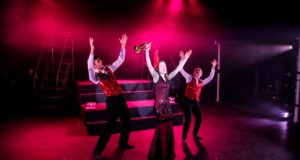 The Musical of Musicals (The Musical!), Bridewell Theatre – Review