Pros: An extraordinarily powerful, rhythmic performance. An effective portrayal of mental health problems. Cons: The script risks becoming overwritten in places. First, a disclaimer: I'm slightly hung up on theatre about mental illness. A few years ago I wrote a piece for this website about what I thought the responsibility of theatre regarding mental health conditions was. In addition, in my non-ET life I'm about to launch into psychiatry training. So, I clearly came at this new play with strong opinions. Namely that I hate seeing shows which undermine the advances society has made in recent years about how&hellip;

A show with this much power in a space as intimate as The Hope Theatre makes for an intense evening. It leaves you with plenty to think about.

First, a disclaimer: I’m slightly hung up on theatre about mental illness. A few years ago I wrote a piece for this website about what I thought the responsibility of theatre regarding mental health conditions was. In addition, in my non-ET life I’m about to launch into psychiatry training. So, I clearly came at this new play with strong opinions. Namely that I hate seeing shows which undermine the advances society has made in recent years about how we perceive mental illness. However, I needn’t have worried. What unfolded was a thoughtfully constructed hour, which was not only dramatically exciting, but (and I sigh with relief here) provided something honest and truthful about the struggles that people up and down the country are facing everyday with regard to depression, anxiety and low mood.

Maya Thomas plays the Woman – she could be your friend, your neighbour, your sister. To start with it seems like she has a pretty run of the mill life. She works during the week and let’s loose at the weekend. A life reflective of many people my age. But slowly things begin to unfurl, and it becomes clear that these repetitive stretches of speech, these swings in mood, underlie a deeper, more unsettled soul. The show is topped and tailed with broken and distorted video projection on the crumbled paper which lines the set. This dream sequence was suitably intense and imposing, a nice bracket to the rest of the show.

The script, written by Chantelle Dusette, is incredibly rhythmical, and we loop and re-loop through certain passages, with different outcomes and different meanings. When an audience member tried to clap after a particularly moving sequence, they were soundly rebutted by the silence of the rest of the audience. This was clearly a piece which needed its rhythm to work, and to break such a flow would have seemed irresponsible, both towards the script and its excellent performance. Although there is a narratives underlying the show, much of it exists predominantly as a flow of consciousness that Virginia Woolf would have been proud of. The repetitive aspect of the script, and its generally lyrical nature, mean that it risks feeling overworked and overwritten in places. What saves it from this is Maya Thomas’s excellent performance.

This can’t be an easy show to do every night. One person shows never are. Especially ones where you could so easily tie yourself in a knot when it comes to the script. Yet somehow, it feels like Thomas is giving everything. Like they’ll have to replace her every night with a replica because she’ll have exhausted all her spirit giving that one performance.

She’s not only incredibly powerful and moving but equally she is very funny when warranted. Thomas has training and experience in physical theatre, and you can tell. Her anger and upset is held in every inch of her body, and communicated with the audience just as clearly as the words she is speaking. She’s a joy to watch.

I came away thinking how refreshing it was to see a piece about mental illness which is about normal depression. Not some over-dramatic piece about schizophrenia or psychopathy, but a piece in which the character is self-destructive, but not actively suicidal. This a nuance not easily depicted. It was also nice to see mental health professionals portrayed in a relatively positive light. They were shown to be competent but over -stretched, which would be so, so many people’s experience of mental illness services, and something which must change.

Previous: Win tickets to Show Boat at the New London Theatre
Next: The Rules of Inflation, Theatre N16 – Review 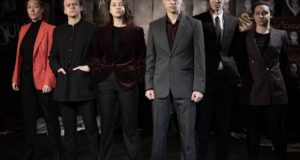 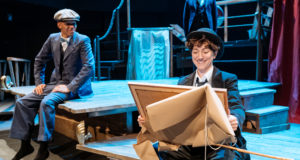 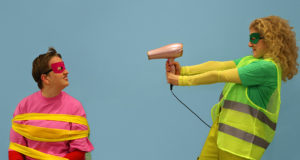