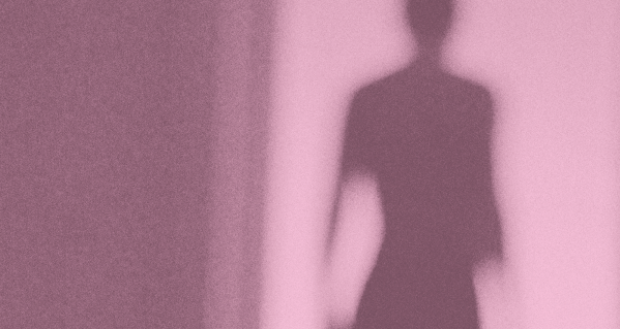 Pros: A compelling new translation of a classic play in an atmospheric venue.

Pros: A compelling new translation of a classic play in an atmospheric venue. Cons: The pacing is hit and miss. I felt intrepid when I finally reached the makeshift playing space for [Foreign Affairs]' new production of Ibsen's classic play A Dolls House. Fresh from roaming the back streets of residential Haggerston, I'd been led though two windowless, low ceilinged, concrete bunker rooms to get there. Metal grilles clanked and a generator buzzed atmospherically in the dim grey space behind where I sat. I settled down. So far, so promising. The Rose Lipman Building is a bold venue choice&hellip;

An engaging and stylish production, despite moments of blurred focus in the action.

I felt intrepid when I finally reached the makeshift playing space for [Foreign Affairs]‘ new production of Ibsen’s classic play A Dolls House. Fresh from roaming the back streets of residential Haggerston, I’d been led though two windowless, low ceilinged, concrete bunker rooms to get there. Metal grilles clanked and a generator buzzed atmospherically in the dim grey space behind where I sat. I settled down. So far, so promising.

The Rose Lipman Building is a bold venue choice for a 19th century living room drama. Middle class ‘golden couple’ Torvald and Nora Helmer host friends, have a party, and have a fight. The building, now an art studio complex with a single neon light beside the entrance, looks more ‘derelict bunker’ than ‘theatre space’. But it soon becomes clear that that’s the whole point. The fact that the space feels oppressive and that the company have ‘reclaimed’ it, is a powerful visual metaphor for the doll’s house that the play is all about.

As soon as the lights go down, a child’s chalk drawings appear on the backdrop, accompanied by an eerie recording of children playing. It’s a powerful and chilling opening image, which references contemporary Scandinavian crime and horror writing. The setting did more for me than the characters, especially at the start: the ditzy, spendthrift Nora is charmingly played by Trine Garrett (also artistic director and co-designer), but the awkward pacing made her just a bit too one-note silly to convince me. Will Timbers’ officious, besuited Torvald is engaging, but perhaps too weedy to suggest the menace that fuels his actions later. But I didn’t mind too much: the set supplied enough of a threat all by itself. The washed-out monochrome palette (grey office carpet, white Ikea tables, interrogation room lighting) add style and clout to the occasionally stilted exchanges. Polly Attala is elegant and convincing as Mrs Linde, Nora’s long lost, terminally repressed friend, thriving against the stark setting. But Garret’s Nora seems underpowered in comparison, until the climactic scene, where she is riveting – humane, clear-eyed and powerful.

In this play about relationships, secrets and (lack of) respect, the one ‘happy ending’ is between the characters Krogstad, played with unnerving shiftiness by Matt Kyle, and Mrs Linde, tortured ex-lovers who first meet in the play as rivals for one coveted office job. The chemistry between the two actors was palpable, and their reconciliation beguiling to watch. Dressed like a sniper, Krogstad holds up such a mirror to Nora and Torvald’s marriage, that it almost hurts to watch him. Jason Denyer’s love-afflicted Dr Rank also stands out, played with a sweet and guileless charm that makes Nora seem cruel to refuse him.

[Foreign Affairs]’ primary aim is to promote translated theatre. It’s a laudable aim, but I couldn’t help feeling that the company should have put a little more focus on the play at hand rather than its larger vision. It was exciting to learn about contemporary Scandinavian dramatists from the literature display in the bar; it was less exciting that programmes for the show were much more difficult to find. I shouldn’t complain really – the translation was exciting, the location great, and the message timely and well stated. My main niggle was that these things often outshone the play itself, the action. The successful pursuit of Foreign Affairs’ ‘Scandi-vengelism’ seems to have left them little time to really nail the intricacies of timing and pace that would have mainlined the action into my soul. Overall, though, I was impressed, and I’m intrigued by what [Foreign Affairs] will bring to the stage next.

Previous: The Smallest Story Ever Told – King’s Head Theatre – Review
Next: The Ruined House of Skin, The Forge – Review