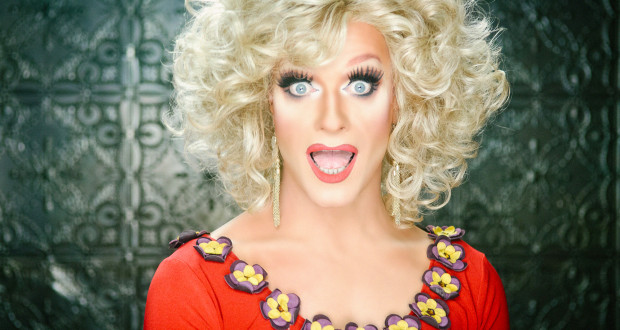 Pros: The opportunity to see self-proclaimed ‘national treasure’ Panti Bliss in the flesh giving her view on the world and regaling us with the tale of how she brought down the homophobic Irish establishment – with a few old school drag gags thrown in along the way.

Pros: The opportunity to see self-proclaimed ‘national treasure’ Panti Bliss in the flesh giving her view on the world and regaling us with the tale of how she brought down the homophobic Irish establishment - with a few old school drag gags thrown in along the way. Cons: A long monologue with very few visual / aural flourishes to break it up. Overview: A funny and (moving in places) drag / stand up show that is a little too long and could have done with a bit of variety. Recommended to hear the inspiring story of how an Irish&hellip;

A funny and (moving in places) drag / stand up show that is a little too long and could have done with a bit of variety. Recommended to hear the inspiring story of how an Irish drag queen took on the homophobic Irish establishment and won!

Overview: A funny and (moving in places) drag / stand up show that is a little too long and could have done with a bit of variety. Recommended to hear the inspiring story of how an Irish drag queen took on the homophobic Irish establishment and won!

‘High heels in low places’ is a stand-up / drag show which tells the story of Irish drag queen Panti Bliss’s unexpected and meteoric rise to fame in 2014.

Panti strode onto stage in a sequin cocktail dress, enormous blonde wig and heels and spent the first half of the act rattling though a rapid-fire set describing how she rose to international stardom following the notorious ‘Panti-gate’ scandal and the highs and lows she experienced throughout the media storm that followed.

For those that don’t know the story, Panti alleged on an Irish chat show that some well known organisations in Ireland (including a Catholic lobby group) were homophobic and these organisations then sued both the TV show and Panti for defamation of character.

In the middle of the legal proceedings, whilst things were looking pretty bleak, Panti gave a speech at the Abbey Theatre which was to change her life. It was released on YouTube and quickly went viral receiving 200,000 views in just two days and eventually garnered huge support across the globe including from celebrities  such as Ru Paul, Graham Norton, Stephen Fry and Madonna and was even discussed in parliament. The case even is credited with being a catalyst for the gay marriage bill being passed in Ireland in 2015.

My girlfriend / co-reviewer and I were very excited to get the opportunity to hear the story first hand, particularly as we’d heard what a fantastic orator Panti was. And a pretty impressive orator she was too. Two hours non-stop at a machine-gun fast pace.

Whilst the story was pretty incredible and well delivered, with some funny punch lines and insights, the show was 95% solid monologue with no interval and we both thought that it could have done with a little something extra to keep your attention. Some further multi-media excerpts would have really added something (maybe some snippets of the YouTube video), maybe a song or two, and maybe, not too unusually, a drag act.

The rest of the act was a collection of stories from Panti’s life including the time she met Madonna at a funeral. The act seemed a little disjointed after we got past ‘Panti-gate’ apart from the thread of “it’s a homophobic world out there kids”.

For me though, the stand out part of the whole show was the footage of an outrageously offensive episode of American chat show host’s Maury Povitch’s show (think a slightly nicer Jerry Springer) called “Turn my daughter back Into my hunky son.” Panti had been asked to appear on the show and decided to go along with a pal to mock the show and bag a free trip to New York. The result was some truly hilarious footage of her and her friend barely holding in fits of giggles and the Americans having no idea they’d been had. This was a real joyful two fingers up to the judgemental right wing TV chat show hosts.

For us the one disappointment though was the lesbian jibes. We go to a lot of drag shows so we’re used to it, but we both felt it was a bit of a shame coming from someone who is lauded as being a gay-rights activist (even if it is an accidental one). Come on guys we can all get married to whoever we want now . . . let’s move past the dyke jokes already!

Overall though definitely worth going to see. After all it’s not every day you get the chance to see a ‘national treasure’!

Written and performed by: Panti Bliss
Producer: THISISPOPBABY
Booking Until: The show has ended its run at the Soho Theatre but is touring. Find out more.