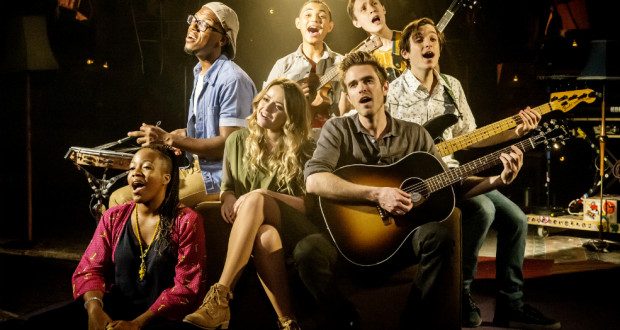 Credit: Close To You

Pros: Timeless songs, superb musicianship and pitch perfect vocals. Cons: Grinding guitar solos occasionally bury Bacharach’s more subtle melodies. Burt Bacharach has long been the epitome of easy listening chic; a cool, seductive presence throughout the 60's. With the brilliant Hal David adding perceptive lyrics, he turned friends into lovers with a boldly romantic soundtrack drawing on our deepest desires and emotional vulnerability. Bacharach and David helped us recognise special moments in our lives and articulate how it feels to love someone. I’d never heard their songs performed in the theatre before, so wondered what they might do with&hellip;

A spellbinding 21st Century makeover for one of the greatest songwriters of the 20th Century.

Burt Bacharach has long been the epitome of easy listening chic; a cool, seductive presence throughout the 60’s. With the brilliant Hal David adding perceptive lyrics, he turned friends into lovers with a boldly romantic soundtrack drawing on our deepest desires and emotional vulnerability. Bacharach and David helped us recognise special moments in our lives and articulate how it feels to love someone.

I’d never heard their songs performed in the theatre before, so wondered what they might do with such classics. Close to You: Bacharach Reimagined suggests how the songs might have been written and performed had the writers been born say, fifty years later. All the motifs we usually associate with Bacharach were absent; lush string arrangements, complex instrumental passages and fanfares were replaced by a seven piece band; Kyle Riabko, guitar and vocals; Daniel Bailen, bass and vocals; Greg Coulson, guitar and vocals; Renato Paris, piano and vocals; James Williams, drums and vocals; and Stephanie Mckeon and Anastasia McCleskey on vocals.

The subterranean Criterion Theatre has an intimate club atmosphere and patrons were growing restless as the band finally stuck up ten minutes late. But man they were worth waiting for!  The producers kept well away from the predictable format of a jukebox musical; no narrative or storyline to get our heads around; just a great live band rocking out with their reading of the hits. Over thirty songs were re-worked to maximum effect; choruses and verses from different songs were cleverly blended and at times seemed almost seamless.  For example, ‘Arthurs’s Theme’ segued beautifully into ‘Alfie’ via ‘The Look of Love’. However, this approach didn’t always work as well, with ‘Message to Michael’ and ‘Do You Know The Way To San Jose’ swamped by some skilful but harsh guitar licks.

Overall, the songs were beautifully performed; Anastasia McCleskey delivered a stunning, gut wrenching version of ‘Don’t Make Me Over’ and Stephanie McKeon was similarly assured on ‘Walk On By’. ‘A House is Not a Home’, ‘Anyone Who Had A Heart’ and the title song were all delivered to near perfection.  There was a real sense of togetherness as the cast regularly piled onto a sofa to perform a song, particularly challenging for them as they seemingly had critics lining sofas on either side of the stage!

As the show reached its climax, co-creator Kyle Riabko naturally deferred to the man himself seated in the dress circle; after a standing ovation which seem to last ten minutes, Kyle had to remind the audience there was one more song to play. The final song was a barnstorming version of ‘What’s New Pussycat’…or was it?  As the show closed, Kyle mentioned that we might like to see them outside.  As we made our way out of the theatre, paparazzi were lining velvet ropes leading from the front entrance. Burt Bacharach was shown to a piano on a temporary stage in Piccadilly Circus and subsequently joined by the cast.  The cool night air reverberated with ‘Raindrops Keep Falling on my Head’. A perfect end to a show so invigorating it could turn Mr Bean into Mr Loverman!

Tagged with: A House is Not a Home Alfie Anastasia McCleskey Anyone Who Had A Heart Arthurs’s Theme Burt Bacharach Close to You: Bacharach Reimagined Criterion Theatre Daniel Bailen David Lane Seltzer Do You Know The Way To San Jose Don’t Make Me Over Greg Coulson Hal David James Williams Kyle Riabko Message to Michael Piccadilly Circus Raindrops Keep Falling on my Head Renato Paris Slider Stephanie Mckeon Steven Hoggett The Look of Love Walk On By What’s New Pussycat