Home » Reviews » Comedy » Twelfth Night or What You Will, The Space – Review 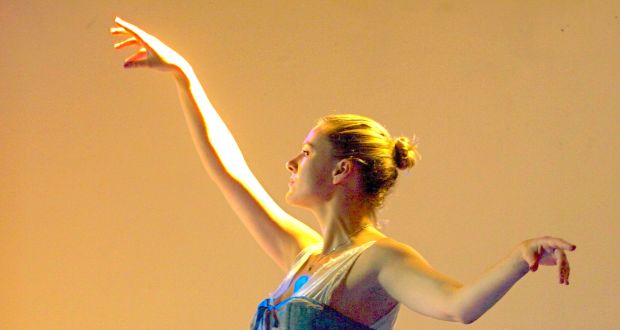 Twelfth Night or What You Will, The Space – Review

Cons: A lack of confidence with Shakespeare’s verse, causing the pace to drag. Liberal cutting of the opening scenes affects the overall understanding of the plot too.
Twelfth Night or What You Will, The Space – Review

Pros: Some good performances and a Victorian music hall setting that creates excellent visual moments. Cons: A lack of confidence with Shakespeare’s verse, causing the pace to drag. Liberal cutting of the opening scenes affects the overall understanding of the plot too. It is understandable that directors are always looking to do something new and different with their productions of Shakespeare. Whilst authentically staged Shakespeare with period costuming is great if it’s done well, seasoned theatregoers will have seen it all before. Pell Mell Theatre Company have a special interest in re-working classic texts and this time have re-imagined Shakespeare's Twelfth&hellip;

A slow and confusing first half. The concept, though visually appealing, fails to enhance the audience's experience of this well-known play.

It is understandable that directors are always looking to do something new and different with their productions of Shakespeare. Whilst authentically staged Shakespeare with period costuming is great if it’s done well, seasoned theatregoers will have seen it all before. Pell Mell Theatre Company have a special interest in re-working classic texts and this time have re-imagined Shakespeare’s Twelfth Night to take place in a Victorian music hall. However, the challenge of applying a specific, updated concept to Shakespeare is that if it doesn’t provide new insight into the text or go further in exploring a particular issue, the whole thing risks feeling superficial. Pell Mell’s Twelfth Night unfortunately falls into this category of Shakespeare adaptation. Whilst the concept itself doesn’t necessarily harm the story, generous cuts to the beginning of the play, replaced with movement sequences, leave out vital plot foundations. Although I know the play well, I questioned whether those who don’t would understand what was going on. This isn’t helped by the fact that, whether by design or not, some of the lead cast decimate the rhythm of Shakespeare’s verse, which further breaks down meaning and dramatically slows the pace of the piece.

Of the performances, the best came from those playing comic characters. Angus Howard as Andrew Aguecheek, Stephen MacNeice as Toby Belch and Lawrence Boothman’s Feste inject much needed energy and pace, complimented by Caroline Short’s Maria. Andrew Seddon’s Malvolio is a dour contrast with quick-paced delivery, but tends to drop line endings. Boothman is certainly the strongest of the lot, with his creepy whiteface and onstage violin playing. Also of note is Gareth Adams as Antonio: he has some excellent moments, confidently and truthfully showing his dogged devotion to Sebastian. Director Natalie York would perhaps have done well to cast him in a larger role, such as Orsino.

Costume design by Giulia Scrimieri is excellently detailed and lends good visual support to the director’s concept. The production looks great and there are some moments in the second half in particular where set, costume and blocking come together to create some striking scenes. York has good staging instinct and a developed sense for the visual aspect of theatre, but needs to develop the justification of her choices and confidence in directing her actors with Shakespeare’s language and rhythm. The decision to make four of the characters, Valentine, Balthazar, Lorenzo and Stephano, ethereal clown-servants, was to me an interesting but slightly confused one. Used at times for Orsino’s entertainment, and at others for Malvolio’s comedic dreaming of a stately future; the reasons behind this choice were unclear in a play that is firmly grounded in reality, and with a notable absence from Shakespeare of fairies or celestial creatures.

Other than some of the performances, other additional positive aspects of this production included the twins; Viola, played by Ella Garland and Sebastian, played by David Lenik, who do actually look alike, especially with the chosen costume and makeup. After struggling a bit through the first half of the play, the second half is a vast improvement, with an energetic start that keeps going through to the end. The curtain call is inventively staged and includes an Elizabethan jig, which is always fun! Pell Mell is a young company with some good ideas and, with development, has the potential to stage some excellent theatre.

Previous: An Evening with an Immigrant, Soho Theatre – Review
Next: Win Tickets to My Children, My Africa!