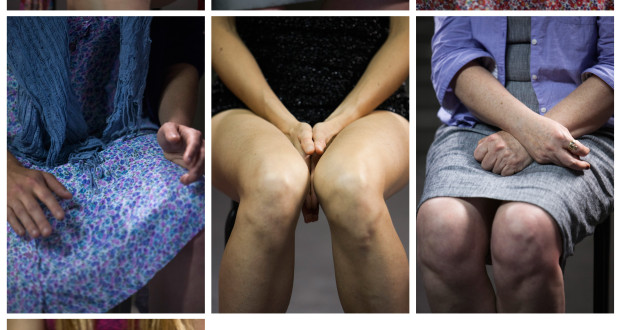 Pros: Superb performances and surprisingly hilarious writing. Cons: Only playing for five days, it’s a pity this fabulous performance isn’t running for longer. For a very limited run at The Bread &amp; Roses Theatre, Get Over It Productions have cannily revived Eve Ensler’s famous series, The Vagina Monologues. Often a touchy subject, one that can make both sexes feel uncomfortable, Paula Benson has engineered a candid, poignant, yet surprisingly light-hearted telling of this well-known interview series. It’s always a worry that productions of this kind can get a little preachy, or adhere to the somewhat outdated cliché of a&hellip;

Equal parts hilarious, eye-opening and moving, this candid re-imagination of a classic play is a wonderful way to while away a summer evening.

For a very limited run at The Bread & Roses Theatre, Get Over It Productions have cannily revived Eve Ensler’s famous series, The Vagina Monologues. Often a touchy subject, one that can make both sexes feel uncomfortable, Paula Benson has engineered a candid, poignant, yet surprisingly light-hearted telling of this well-known interview series. It’s always a worry that productions of this kind can get a little preachy, or adhere to the somewhat outdated cliché of a trite one-woman show. However, bringing together seven women from different walks of life, this was a wonderfully modernised exploration of Ensler’s work. Focusing on a mature theme, it goes without saying that it isn’t exactly family viewing, but for an evening spent with friends, it’s a fantastically fresh look at a classic production, which will certainly have chins wagging afterwards.

From the opening number, a slightly over the top dance to the tune of Cabaret’s ‘Mein Heir’, I had a feeling we were onto a winner. The actors immediately alleviated the worrisome mood that we were in for a dull recital on a hot summer’s eve. The monologues formed a comprehensive guide to all things vagina, covering topics from lesbianism to ‘vajazzle’, and recounting interviews from a broad spectrum of women, aged 18 to 80. Stories of personal experience were interspersed with quick fire questions, and the performance certainly did not lack for unabashed and honest humour.

Refreshing content aside, the all female troupe were fabulously frank and surprisingly funny. It’s not often that an audience struggles to pinpoint a standout presence, but there was no lack of talent here. All of the monologues were delivered superbly, each evoking exactly the mood intended. Equal parts hilarious and educational, the performance had us guffawing away at one moment, and then feeling a pang of sadness the next. A particularly heart-wrenching moment was when some shocking, all too relevant facts about genital mutilation were recited, followed by a stirring monologue from one of the talented performers.

Fitting for a modern day revival, the performance felt like a support group for vaginas; a chance for the women to get their seldom discussed lady issues off their chest. Shedding their shoes at the end of each monologue, a delightfully simple touch, I’m sure most of the audience could relate to the sense of freedom that comes with opening up on such a sensitive topic, often swept aside. A perfect way to spend an evening, this rendition is a brilliantly updated take on a play that’s been told time and time again. With just a five day run, my only wish is that it was showing for a little longer.

Tagged with: Eve Ensler Get Over It Productions Paula Benson Slider The Bread & Roses Theatre The vagina monologues