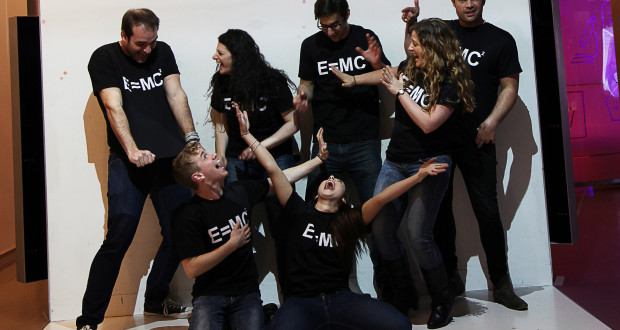 Pros:  A flawless and confident cast meant there were no concerns that something might go wrong.

Cons:  My only criticism is that the show finished too quickly, I wanted a second half after the 70 minute show had finished.
The Theory of Relativity, Drayton Arms Theatre – Review

Pros:  A flawless and confident cast meant there were no concerns that something might go wrong. Cons:  My only criticism is that the show finished too quickly, I wanted a second half after the 70 minute show had finished. I arrived at the Drayton Arms Theatre three and a half hours before the start of the show. I like to be early, but even for me this was a bit over the top. Luckily the pub has friendly staff and a relaxed atmosphere and we ordered food and drinks which were delicious. It's a lovely pub that I'd happily&hellip;

A brilliant show, you’ll leave the theatre with a big grin on your face.

I arrived at the Drayton Arms Theatre three and a half hours before the start of the show. I like to be early, but even for me this was a bit over the top. Luckily the pub has friendly staff and a relaxed atmosphere and we ordered food and drinks which were delicious. It’s a lovely pub that I’d happily go again without the added bonus of a theatre on the first floor.

Once the bell rang to signal the start of the show, we headed upstairs to the theatre. As the show is to a certain extent about chance meetings it was quite bizarre that I bumped into a friend from university and also someone else I knew when entering the theatre! It is quite a large theatre for one in a pub, and the set was a black blank space with 8 bar stools and simple, but effective, spotlights. A pianist waited in the corner, and enthusiastically provided the accompaniment to all the performances in the show.

As soon as the show started I knew I was in for a treat. The wall of sound created by the first number, featuring the entire cast of eight, was astonishing in such a small space and wouldn’t have been out of place on a West End stage. This level of performance continued throughout, there was not one weak link in the cast. As a result I could enjoy the show without any worry that something was going to go wrong.

The show predominantly consisted of a series of solo performances which acted as monologues. All the cast sat on the bar stools, facing away from the audience until their moment in the spotlight. The different scenes were set through the body language and facial expressions of the cast, without the need for any props or set changes (with the exception of the stools being moved). Each cast member had their own story to tell, and with a variety of stories most audience members would find at least one relevant to their own lives.

A song about a boy who goes away to college and the thoughts that occur each time he goes home was particularly poignant to me. The song perfectly encapsulated that feeling of making your own way in life but still returning home to that place where your family home is. But it also cleverly showed how this is not set in stone, as demonstrated in a twist at the end of the song. Another song about a boy who doesn’t like apples, even though everyone else loves apples, had a surprising and ingenious meaning. A particular favourite was the recurring tale of a woman with OCD trying to come to terms with the fact that her boyfriend has made her a cake with his hands, and she doesn’t know where those hands have been (she prefers to make all food herself).

There are also incredibly poignant moments, which brought tears to my eyes, including the story of a girl and her relationship with her Mum, featuring unexpected heartbreak. Heartbreak also features in the tale of a girl who was badly treated by her first love, and it is her final monologue, disguised as a rant to her manicurist, which finally ties all the characters stories together. The show interprets the theory of relativity through human experience, and the chance meetings and decisions we make in our lives.

This show is pretty much flawless with no slip ups and the casts voices are phenomenal throughout. The score is brilliant, funny and heartfelt lyrics perfectly coupled with memorable and effective music. Go and see this show and you won’t stop grinning for a long time after you leave the theatre.