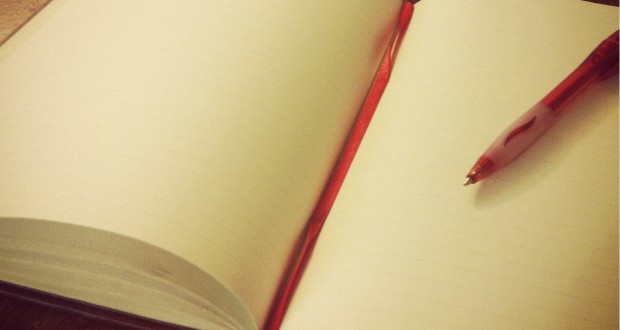 On the first night of previews for McQueen four young writers sat in the auditorium of St. James Theatre waiting for their muse to appear. Approximately 2 hours later, having seen James Phillips’ new play, the writers set to work putting inspiration to paper (on a laptop no doubt). 24 hours passed and they delivered scripts to a creative team who began rehearsals, and a mere few days after that the pieces were performed on the St. James Studio stage.

In an act of incredible creative breeding four plays were born out of one in less than a week. One of the newest opportunities for emerging writers, directors and theatre makers, the RE:act initiative is thrilling in its immediacy, and no more so than for the writers: in this case Conor Carroll, Doug Crossley, Yolanda Mercy and Jingan Young. Similar in shape to Theatre 503’s Rapid Write Response programme, RE:act asks participants to respond in their own unique way to a main stage full length production. Jingan Young, who authored Icarus, In Stratford after seeing McQueen, found the pressure of this fast-paced process incredibly productive.

Writing a play in twenty-four hours is, I believe, the most honest, true thing you can do as a playwright.

“Writing a play in twenty-four hours is, I believe, the most honest, true thing you can do as a playwright. It eradicates the redrafting process considerably. You write it to deadline and then suddenly find yourself physically in the rehearsal room. Your actors are scrambling to learn their lines and your director is dissecting its rhythms and deciphering its meanings. It is now a living, breathing thing.”

There was a different kind of anticipation, an excitement at seeing something so newly formed.

As an audience member I certainly felt the energy of the living play. There was a different kind of anticipation, an excitement at seeing something so newly formed. The intimacy of the studio space and the presence of the creative team also heightened this sense of activity. As a regular theatregoer this difference was stimulating, and hearing the post-show discussion between the young playwrights, James Phillips and Creative Director James Albrecht only enriched the experience further. How did Phillips feel about his literary progeny? To see McQueen now, wouldn’t we search for those things these four playwrights felt and saw in the play? I know I will.

The strength in the approach of RE:act and similar programmes is that they are designed for audience as well as actor, writer, director, and theatre. As online entertainment becomes more sophisticated, more accessible and consistently cheaper than a theatre ticket, it becomes imperative to embrace the collaborative potential of live cultural experience – on both sides of the curtain. Audiences don’t want to sit back passively and voicelessly, and theatres are recognising this in a tangible way by opening up these dialogues.

These competitions offer an incredible opportunity for writers to get their work noticed.

But is the dialogue between theatres and new writers in equally good health? Financial reward and the opportunity for production can be found in established playwriting competitions such as The Bruntwood Prize, Verity Bargate Award, Papatango Prize and Theatre 503’s Playwriting Award. Given the tiny percentage of unsolicited scripts sent to Literary Departments that make it onto a stage, these competitions offer an incredible opportunity for writers to get their work noticed.

There is a large movement these days towards rapid and responsive work.

The distance between the Fringe and the Vatican of mainstream Theatreland is longer than people make out. Young theatre makers are encouraged to produce, produce, produce; “Put it on in the park with your friends”, they say. “Structure a ‘happening’ in your mother’s garage”. Having attended a workshop at an unnamed London theatre quite recently, I was heartbroken to watch a clearly distressed and exhausted emerging Director ask the Professional leading the group for some guidance. “Just keep creating”, was the gist of the sound advice she received in return to her plea. But when you’re putting on a show and you don’t have a budget, you don’t have a PR team, you’re doing the marketing yourself, you’re producing, directing and writing, and you’re doing this on top of a full time job, then the motivation to create falls ill somewhere around 3am in Tesco Express making that Red Bull purchase. A great benefit of RE:act et al is that they offer writers first class technical and publicity support, something that writer Conor Carroll echoed after the event. “RE:act represents a great opportunity for emerging theatre makers to create for a reputable London stage. There is a large movement these days towards rapid and responsive work and I definitely welcome it. […] The support itself from the team at the St James really helped to take a weight of responsibility off of my back, by not having to worry about things being organised. The process itself for me went pretty smoothly, but I would say that a large part of that was down to the fantastic work being done by the creative crew behind it all, who treated the entire process with professionalism and enthusiasm. “

When you’re not given much time, you don’t waste any.

If we leave all the emerging theatre makers out there on the Fringe together (and yes, I know it’s not the Sahara desert) then they’re likely to stay there. Collaborative ventures, and the sharing of resources are paramount to developing young talent. Watching the four plays at RE:act was really quite thrilling because we saw these practices in action. And what we saw felt neither hurried nor messy – all four plays were written with astounding economy of language and meaning. Looks like when you’re not given much time, you don’t waste any.

Jingan Young summed up the experience, saying “The RE:act brief of responding to the play McQueen actually gave us what George Devine described as the “right to fail”. That is, a space where there is no judgement for our faults but precisely what we need to go further.”

The next St James RE:act will take place on Tuesday 28 July in response to Songs For A New World by Jason Robert Brown.