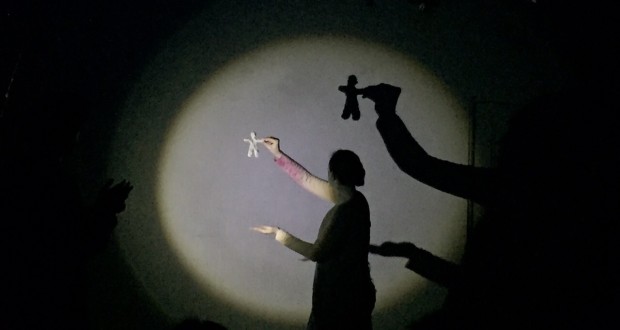 Cons: The dialogue-based scenes are clunky and feel forced from the performers who speak English as an additional language.
Birdphobia, The Space – Review

Pros: Seemingly effortless and emotionally committed movement sequences support a unique story and its characters. Cons: The dialogue-based scenes are clunky and feel forced from the performers who speak English as an additional language. Human life is insignificant. We are born, we live briefly, we die. Art, on the other hand, is eternal but only if dedicated, skilled carers devote their lives to looking after it. Victoria (Sofia Calmicova) is one of these people. She looks after the statues in her local park with fanatical obsession. Victoria is trying to train her daughter to follow in her footsteps, but&hellip;

This performance has a unique concept, but could have been executed more effectively.

Human life is insignificant. We are born, we live briefly, we die. Art, on the other hand, is eternal but only if dedicated, skilled carers devote their lives to looking after it. Victoria (Sofia Calmicova) is one of these people. She looks after the statues in her local park with fanatical obsession. Victoria is trying to train her daughter to follow in her footsteps, but nothing daughter Aphrodite (Mayra Stergiou) does is good enough. Aphrodite wants to be an artist, not one that takes care of the art. She finds solace in the birds her mother so despises (for damaging the statues), a homeless Old Man (Carlos Lourenzo), and the statue (Charmaine Wombwell) she looks after who comes to life when Victoria isn’t there.

The best feature of this production are the intimate movement sequences showing the character’s relationships and internal struggles. A particularly moving scene is Victoria falling in love with Aphrodite’s anonymous father and giving birth to her daughter. Another, but different in style, is the statue dancing with Aphrodite for her birthday, introducing her to the passion of Latin music. The four performers are clearly well-trained and skilled in Jacques Lecoq’s movement technique. Generally, the movement-based scenes are the most connected to their characters.

Unfortunately, the dialogue heavy scenes are weak, but more prevalent than the movement scenes. Three out of the four performers struggled to connect with the English language script, with occasionally awkward delivery and emphasis. Having seen plenty of theatre whilst travelling, these scenes could have been written in the performer’s native language(s), which would have provided them with more freedom to connect to their characters rather than to focus on translation and meaning. As a physical theatre piece, this would not have detracted from the story for an English-speaking audience, particularly with the addition of more movement and less dialogue. This is a performance about family conflict and a mythological quest for freedom, themes that will communicate through language barriers.

Though the story ends happily and raises some interesting, existential ideas and looks at how humans relate to art, the execution of the story can be re-structured and further developed. The play ran for just under an hour, and has a robust enough story that it could be lengthened. I would be particularly interesting in discovering more about the character of Victoria and how she became so rigid towards her work and her daughter. There is also scope for more detail about the Old Man, and Aphrodite’s relationship with the statue. Though the budget for this production was clearly limited, it has the potential for a rich and sumptuous set, complimenting the visual nature of physical theatre. A playful use of projection occurred once, but also could have been used again.

Director and writer Eirini Dermitzaki clearly has great potential and her work blends well with composer Paul Freeman’s. This is a company to watch as they grow and refine their work, with a gift for creating unusual and inventive stories.