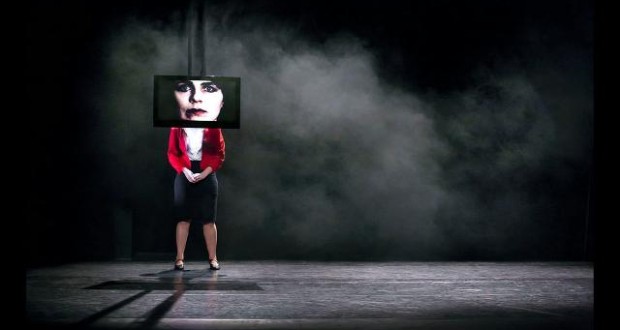 Pros: Music, lighting, set and choreography work together to thrilling effect. Cons: This show leaves you guessing in lots of ways. In the opening scene of Missing a woman experiences what I can only describe as electro-convulsions. She is illuminated by a flash of white light, there is a burst of sound and her body contorts violently. It is arresting, discomfiting and a pretty good taste of what’s to come. In this ‘physical dance theatre’ show, Gecko Theatre Company do nothing by halves; blinding lights flash on and off, music and emotions are turned up high, characters hurl themselves&hellip;

User Rating: 2.85 ( 6 votes)
In the opening scene of Missing a woman experiences what I can only describe as electro-convulsions. She is illuminated by a flash of white light, there is a burst of sound and her body contorts violently. It is arresting, discomfiting and a pretty good taste of what’s to come. In this ‘physical dance theatre’ show, Gecko Theatre Company do nothing by halves; blinding lights flash on and off, music and emotions are turned up high, characters hurl themselves around each other and around a stage that never stops shifting. It is relentless and completely absorbing.

Lily is recently married, but seems ill at ease with her German husband. Her convulsions hint at some sort of inner turmoil, and to cap it all, she is being doggedly pursued by an Italian man with a cardboard box. The roots of her unhappiness lie in her childhood, as is gradually revealed by scenes from the past that overlap and play out simultaneously with scenes of the present. While the psychology is half-baked and mixed with fantasy, there is nevertheless a neat narrative that is revealed ever so gradually and comes to a satisfying conclusion.

If I mention the characters’ nationalities, it is because at no point do any of them speak the same language to each other. They repeat words and phrases in their own language and don’t seem to care whether or not the other person understands them. The effect of this multilingual dialogue is to draw all attention to the physical; we can tell, by the violence of their movement and dance, that Lily’s parents are fighting, while hearing the mundane details of their domestic would almost certainly detract from the sight of their passion and fury. Although it is helpful to understand the foreign words (and it slightly reduces the fear that you’re hallucinating) there is in fact nothing in the story that is not revealed through movement and dance. I am a dance dunce, so I’ll put forward with certainty that there is beautiful flamenco and then say only that all the other dancing is edgy, sexy and cool, highly choreographed but never mechanical.

The staging is inventive and surprising. Conveyor belts appear and then are whisked away, stages rotate and scenes are literally framed, so that you get the impression of zooming in on a screen. A little dancing girl is evidently a puppet, but has an astonishingly life-like face and angelic expression. It’s all quite low-tech, relying mainly on a perfectly coordinated team of stagehands. Yet the fact that we’re able to see the moving parts serves to heighten, rather than diminish, the theatricality. Music and lighting are similarly big, bold, brash and effective. If they sold the soundtrack, I would buy it.

Missing is about relationships, family and the forces that shape the people we become. It is uncomfortable to watch at times, because of the intensity of emotion on show, and one of my few criticisms would be that it doesn’t have enough variation in tone. There is a scene where Lily’s parents meet for the first time, in a nightclub. He is gauche, she is sophisticated. His attempts to chat her up end with him wearing the table he was supposed to be polishing. It is sweet, funny and a welcome moment of calm in a show that otherwise barely pauses for breath.

The show works if you have faith in the storytellers and avoid panicking when, twenty minutes in, you still have no clue what’s going on. It is a visual and aural feast, with so much content that you’re bound to miss things if, like me, you are prone to be distracted by those ‘who, what, why?’ voices of reason. In the final scene, Lily is once again moved by a force beyond her control. This time it’s not a convulsion but a dance, and it represents the triumph of acceptance over fear and feeling over reason.