Home » Competitions » Win tickets to The Diary of a Nobody! – Closed 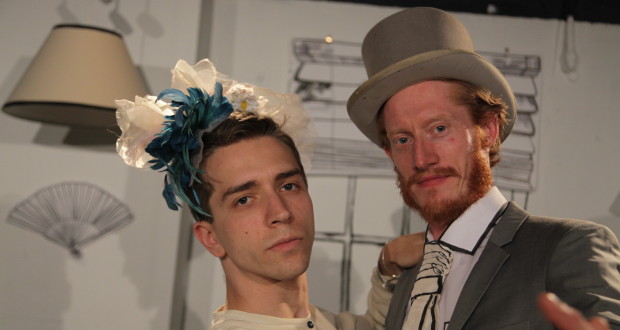 Win tickets to The Diary of a Nobody! – Closed

Our first competition of 2015, and it’s a real corker! Enter now.

We’re delighted to be able to offer you the chance to win a pair of tickets to see The Diary of a Nobody, the latest production from Rough Haired Pointer taking place at the King’s Head Theatre in London. The tickets are valid for any performance until 14 February 2015, subject to availability.

As always with our competitions, there are no catches – you simply complete the entry form below by 6.00pm on 30 January 2015 and you’ll be entered into our prize draw. If you’re the lucky winner you’ll hear from us a few days later. It really is that simple!

ABOUT THE DIARY OF A NOBODY

The Diary of a Nobody returns to the King’s Head Theatre this January due to popular demand.

Evelyn Waugh called it ‘the funniest book in the world’. In Rough Haired Pointer’s hands, the cult Victorian novel becomes an uproarious production as touching as it is theatrically inventive.

With 4 actors taking on 45 roles, it makes affectionate comedy out of the joys and mishaps of an ordinary suburban marriage, and the gaffes of the endearingly self-important Mr Pooter.

‘I left the room with silent dignity, but caught my foot in the mat.’

★★★★ ‘A RIOTOUS POST-MODERN MAKEOVER WITH HILARIOUS RESULTS’
THE STAGE

Tagged with: King's Head Theatre Rough Haired Pointer Slider The Diary of a Nobody