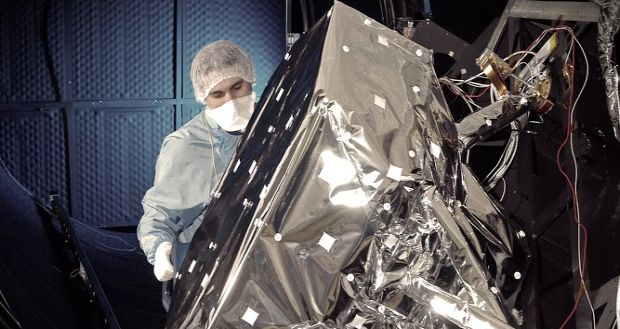 Pros: An educational and fun production about climate change and how it affects the future.

Cons: The show’s interactive premise is unique, but it doesn’t offer unique solutions and doesn’t show the audience the consequences of their decision.
New Atlantis, The Crystal – Review

Pros: An educational and fun production about climate change and how it affects the future. Cons: The show’s interactive premise is unique, but it doesn’t offer unique solutions and doesn’t show the audience the consequences of their decision. For LAStheatre’s production of New Atlantis at East London’s stunning Crystal, a little time-travel is necessary. Upon entering the building, the audience are transported to the year 2050 where we are told that ‘Miami has been abandoned due to rising sea levels, water austerity is hitting a drought-ridden London and the CEOs of two major energy companies have been imprisoned for&hellip;

Lively, interactive and interesting – but doesn’t push the envelope enough.

User Rating: Be the first one !
For LAStheatre’s production of New Atlantis at East London’s stunning Crystal, a little time-travel is necessary. Upon entering the building, the audience are transported to the year 2050 where we are told that ‘Miami has been abandoned due to rising sea levels, water austerity is hitting a drought-ridden London and the CEOs of two major energy companies have been imprisoned for historic climate crimes’.

Welcome to the future, in which climate change is a serious political focal point. New Atlantis, a United Nations of sorts which concerns itself mainly with the environmental and climate focused future, is the chief authority on all things global and the audience are all welcomed as agents of the organisation. The evening opens with the resignation of the current leader of New Atlantis. A new leader must be elected, and so the audience are responsible for exploring the offices and presentations of the three main branches of the New Atlantis set-up: Industry, Defense and Reform (a thinly veiled reference to our three main political parties). After spending an hour seeing presentations, talking to the ‘experts’, watching a debate and investigating the different options for leadership, the audience then vote on the party to take over leadership of New Atlantis.

It’s a clever set-up and the futuristic Crystal is the perfect setting in which to bring it to life. The building is crisp, white and full of modern rooms and jutting glass passageways through which busy, jumpsuit-clad employees of New Atlantis are constantly wandering around. Each branch of New Atlantis has their own set of rooms set up to explain their policies; the rooms are interactive, lively and actually very educational. The ‘representatives’ for each party are tremendously well informed and think on their feet to respond to the huge number of audience questions. The production uses both actors and scientists to play the representatives for each section, yet both groups were almost indistinguishable from one another regarding their levels of knowledge and confidence in their subject matter.

There’s an interesting room about the Antarctic, and a room where you can move robots with iPads, which is challenging and informative. The rooms are all concerned with real-life environmental issues and potential ‘solutions’ (although I use that phrase lightly, as my super-eco-conscious companion pointed out that most of the proposed fixes are trying to be climate efficient instead of climate effective).

A bit of a letdown is how limited the potential for change is. There are no groundbreaking options to consider, no innovative or exciting ideas presented. The options the audience have to choose from are extremely limiting, and while there is a wild card option, there isn’t enough backing behind it or explanation of the consequences of voting for it. As soon as the results are announced the production ends abruptly, and there’s no exploration of what the vote would mean for New Atlantis. It’s a real shame: the entire evening is focused on making good decisions for the future, yet we leave without knowing if we made the right choice.

This is not to say there’s not a lot to like here, because there certainly is. LAStheatre provides an enjoyable evening full of knowledgeable and likeable actors and interesting options to explore, like the unmissable water museum. The show is a powerful tool in educating people about climate change, and some of the real-life challenges faced when politicians turn to environmental issues. However, there was scope to push this production far further, and it’s a shame that such an engaging show with a captive and enthusiastic audience doesn’t take that extra leap.

Previous: Jerks in Progress, Etcetera Theatre – Review
Next: Light, The Pit at The Barbican – Review