Home » Opinions » Lest we forget 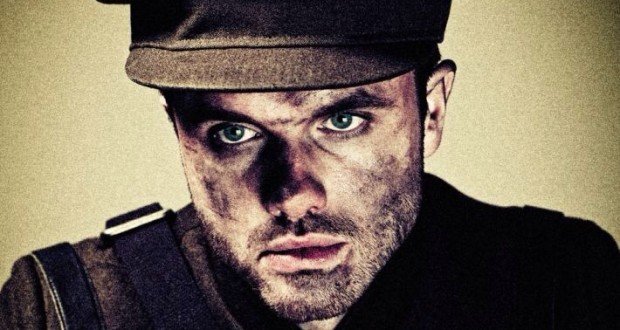 Between BBC programming, the poppies at the Tower and the Sainsbury’s Christmas ad it will not have escaped your notice that there was something going on last year. A centenary to be exact: a whole century passed since the outbreak of the First World War.

In all honesty, I didn’t realise it would be quite this big. I’m from The Netherlands, a country that was neutral in WWI, so it’s the second one that’s the main event in our history books. The Dutch way of commemorating is different as well: a much quieter, more understated affair. So when 2014 rolled around I was taken aback by the sheer extent of the centennial activity. Suddenly it was everywhere: on TV, in the papers and in the place where I encountered it most, the theatres.

It makes sense, of course: WWI cost millions of lives and affected many, many more. That the sacrifices made are remembered every year is entirely appropriate. And yet, in some quarters the remembrance was tinged with, dare I say it, a certain glorification of war and sense of self-congratulation. There were parts of the media and political establishment that seemingly preferred to rehash and dress up a traumatically hard-won victory than to acknowledge the brutal reality of it.

A fine example was provided early in the year by Michael Gove, who wrote an article in the Daily Mail that criticised ‘the Left’ for spreading ‘misunderstandings, and misrepresentations which reflect an, at best, ambiguous attitude to this country and, at worst, an unhappy compulsion on the part of some to denigrate virtues such as patriotism, honour and courage.’ Chief perpetrators were Richard Curtis and Ben Elton with Blackadder and Joan Littlewood with Oh! What a Lovely War.

Last year, British theatre beautifully showed all the angles of this controversial conflict.

At Theatre Royal Stratford East, Oh! What a Lovely War was revived last year, and received with enthusiasm. I’d be surprised if their people didn’t write Michael Gove a thank you note, for so clearly drawing attention to theatre’s role in challenging the received wisdom. Last year, British theatre did just that, and beautifully showed all the angles of this controversial conflict.

For starters, there was (and still is) War Horse, a show that, admittedly, has been running for a few years, but was particularly poignant in 2014. This is a production that has had enormous success in the UK as well as abroad; notably, it is the first play about WWI to have been staged in Germany. It’s not difficult to fathom why it works in Berlin as well as in London; it emphasises the cruelty of the conflict on both sides of the trenches.

February saw the aforementioned revival of Joan Littlewood’s critical look at military leaders in both camps. The show, which premiered in 1963, has played an important role in educating people about the less glorious aspects of the war and, despite Mr Gove’s best efforts, is still used in schools today. In the same month, Peter Gill’s Versailles played at the Donmar Warehouse. Instead of focusing on the war itself, this play showed the direct aftermath, both on a personal level for its characters and on a larger scale; Gill left little room to argue the view that the treaty signed at Versailles led more or less directly to WWII.

Showing one person’s hopes and ambitions dashed to pieces can be very real, very easy to relate to and thus very effective.

In April the National Theatre showed a revival of Sean O’Casey’s 1928 play The Silver Tassie. O’Casey used young soldier Harry, a keen footballer who loses the use of his legs, to show great suffering on a small scale. 16 million dead bodies is hard to process for most people, but showing one person’s hopes and ambitions dashed to pieces can be very real, very easy to relate to, and thus very effective.

The Royal Shakespeare Company also took inspiration from the centenary. Love’s Labour’s Lost and Love’s Labour’s Won, more commonly known as Much Ado About Nothing, were both reset. The first of them to 1914, with the men going off to war, and the second to 1918, when they returned. Much Ado is unmistakably a comedy and its protagonists were largely remarkably unaffected by their years at the front. Yet the consequences were visible, most unexpectedly in the police officer Dogberry; his bumbling manner suddenly became a cause for empathy rather than humour when he described himself as ‘a fellow that hath had losses’. The modern mind helpfully supplied a diagnosis of Post-Traumatic Stress Disorder, which emphasised how much there is still to be learned about the past using contemporary insights.

It was a stark reminder of those millions still living and dying in war zones today.

The stage offered many, many reflections on the war last year, but the last I will mention here is After a War, the special programme staged by LIFT over the summer. A collection of works by a very diverse group of artists, some inspired by WWI, others by wars in different times and places, it was a stark reminder of those millions still living and dying in war zones today. It showed how dangerous it really is to indulgence in a romanticised view of the heroic Tommy giving his life for King and country.

It is brave and outspoken artists like Joan Littlewood who challenge the orthodoxy and force us not to turn a blind eye.

It is easy and fitting to mourn the glorious dead, but sometimes easier than acknowledging the fact that their number is being added to on a daily basis. It is brave and outspoken artists like Joan Littlewood who challenge the orthodoxy and force us not to turn a blind eye. So by all means, let’s pay our respects to the fallen. Let’s do it through theatre, film, literature and other art forms. Let’s hold memorial services. Let’s remember the English, the French, the Belgians and the Germans. But let’s make sure that ‘lest we forget’ also means learning from the past. It’s no use remembering the dead, but forgetting the living.

Oh! What a Lovely War is back on stage at Theatre Royal Stratford East between 29 January and 7 February, after which it will go on tour.