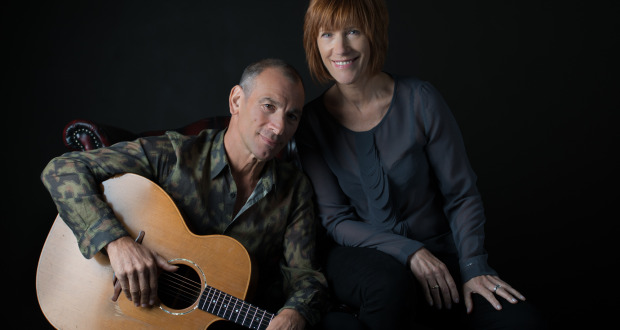 Pros: One of our greatest recording artists performing an eclectic mix of songs.

Cons: Poor Kiki having to fight the din of clanking plates and customers ordering their desserts.
Kiki Dee and Carmelo Luggeri, The Pheasantry – Review

Pros: One of our greatest recording artists performing an eclectic mix of songs. Cons: Poor Kiki having to fight the din of clanking plates and customers ordering their desserts. The Pheasantry wasn’t instantly familiar as a venue, but a quick scoot online reminded me of its prominence in Rock ‘n’ Roll history. Eric Clapton once lived here and the likes of Lou Reed, Queen and Hawkwind all played early gigs at the venue. Despite many makeovers the Georgian gateway still remains in a building now occupied by Pizza Express. A five minute walk from Sloane Square tube gave me the&hellip;

An outstanding vocalist and brilliant guitarist brighten up a cold December evening.

The Pheasantry wasn’t instantly familiar as a venue, but a quick scoot online reminded me of its prominence in Rock ‘n’ Roll history. Eric Clapton once lived here and the likes of Lou Reed, Queen and Hawkwind all played early gigs at the venue. Despite many makeovers the Georgian gateway still remains in a building now occupied by Pizza Express. A five minute walk from Sloane Square tube gave me the chance to take in some beautiful festive decorations lining the King’s Road.

So to the amazing Kiki Dee. Where do I start a review for the queen of British Rhythm ‘n’ Blues? Kiki won her first recording contract in 1963 but, inexplicably, a run of singles missed out on the charts. She later became the first British artist ever signed to Tamla Motown. An album called Great Expectations followed but still no commercial success for Kiki. Elton John saw her potential and was signed to his Rocket label in the mid 70s; this proved to be her most fruitful period in the charts duetting with Elton on Don’t Go Breaking my Heart, a chart topper in the UK and US; solo she hit with Amoureuse and I’ve Got the Music In Me both cracking the Top 20. All three songs featured in an excellent acoustic set with Carmelo Luggeri, a fine guitarist who has previously worked with Bill Wyman, Julian Lennon, Paul Rodgers and Chris Rea. Following starring roles in the West End, Kiki teamed up with Carmelo in the 90s producing three albums and a highly respected live show.

The set itself ran for two hours twenty minutes only broken by a fifteen minute interval. Kiki and Carmelo had a great line in patter as they told stories about the music business. Kiki, so proud of her Yorkshire roots, wanted everyone to know she’s a Bradford girl. One of her best stories involved her parents: when Don’t Go Breaking My Heart went to number one in America, she was due to perform at Madison Square Gardens. So she arranged for them to stay seven nights in New York followed by a week-long cruise back to England; but then they told her (cue Yorkshire accent) ‘Sorry luv, we’ve already booked our caravan holiday!’ Carmelo added blokish humour; he reckoned his son Aldo only turned up to get a free pizza!

The pair drew heavily on the three albums they recorded together and I have to admit they were songs I’d never heard of. Nevertheless, there was a great mix of folk, blues and country running through the numbers. Particular favourites were Sidestepping with a Soul Man, a moving tribute to the late Jimmy Ruffin, Forward Motion and Salty Water which were both autobiographical pieces. Of the seventeen song set, I knew only seven. The three Rocket tunes and four surprisingly different cover versions – a stunning blues treatment of Depeche Mode’s Personal Jesus, featuring Carmelo on slide guitar and harmonica, Running up that hill by Kate Bush and Sinatra’s A Very Good Year which, stripped down, sounded very different lyrically. Finally, Dance Me to the End of love – like wow, a Leonard Cohen song that sounds almost cheerful.

The only downer for me was the layout of the venue and attitude of some people in the audience. Whilst a dining venue has to provide food and drink, there was too little consideration given to the performers. The show started at 8:30, but people were still ordering pizzas, deserts and coffee after 9pm. So staff were waiting at tables, discussing bills and picking up plates, which must have been a distraction for the performers. Could I suggest that no food orders be taken after 7:30pm, ensuring people have finished eating by the time the show starts? If people want to eat after this time, they go upstairs. Some audience members didn’t cover themselves in glory either; like the couple who insisted on chatting through the first three songs, until they were rightly chastised by a gentleman on the next table, and two girls who strolled out to pay their bill, oblivious to what was going on around them.

Kiki Dee is a brilliant performer who is largely unsung, and we clearly don’t appreciate her talent. I might add she looks fabulous and can barely believe she’s 67 years old (Kiki, if you ever read this – sorry I had to mention it!) While no disrespect is intended to the venue, promoters or management, Kiki Dee is far too good to be a lounge singer, we should celebrate a great British talent, not keep her downstairs in a pizza shop.