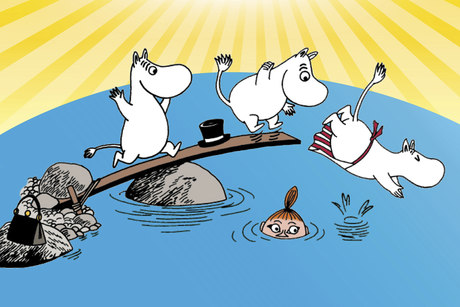 Children’s theatre is growing in popularity and acclaim. Some of the West End’s biggest productions right now are based on children’s books; War Horse, The Lion King and The Curious Incident of The Dog in the Nighttime. With more children’s theatres springing up around the country and plenty of shows being produced specifically for young people, children’s theatre is starting to take centre stage. As a relatively new genre – only a handful of production companies have been exclusively making children’s theatre for any length of time – it can naturally be imaginative and innovative.

Much of what was said at the Eleanor Farjeon award ceremony dwelt on innovation, change and – naturally – its relevance to young people.

The award ceremony was an intimate affair, marked by the enthusiasm of everyone attending. However, it did not receive quite the same hype as YouTube star Zoella’s book launch, which took place upstairs in Penguin’s offices on the Strand on the same night. A book shooting up the charts because of the author’s fame on YouTube is a new development in literature and bookselling, another example of how arts and culture are affected by technology. Despite the difference in form and audience for the two events, they have much in common as well. Responses to Zoella’s success have focused on innovation and young people; discussions focus around video blogging as a new cultural or artistic format and how young people use ever-changing technologies to produce content in innovative ways. Similarly, much of what was said at the Eleanor Farjeon award ceremony dwelt on innovation, change and – naturally – its relevance to young people.

Introducing children to theatre allows them to exercise their imagination, giving them opportunities to conceive of worlds beyond their own.

Lyn Gardner, children’s novelist and theatre critic for the Guardian, gave the opening speech. She spoke about the importance of introducing children to literature – and theatre in particular – in order to create a new generation of empathetic, intelligent, problem solvers. She described theatre audiences as ‘genuine collaborators’; important and active participants in the plays they watch. When we watch theatre, she argued, we put ourselves into the minds of others and empathise with them, making imaginative leaps and filling in any gaps in the production. Introducing children to theatre allows them to exercise their imagination, giving them opportunities to conceive of worlds beyond their own; other stories, possibilities, and solutions. Gardner pictured a generation of young theatre-goers empowered with imagination, able to invent innovative solutions to the problems of the future. Peter Glanville, Artistic Director of Polka Theatre, also spoke about how the arts can help children imagine what might be different in the world around them and decide how changes can be made.

Authors have long defended the importance of children’s literature. C.S.Lewis, one of England’s best known and best loved children’s authors, wrote a simple and beautiful defence of children’s books in the 1950s. Part of this essay contends that children’s literature helps to develop and teach young readers about the real world – even those books which take place in fantasy or fairy tale worlds. He argues that calling fairy tales ‘escapism’ is misunderstanding the point; children (and adults) do not use such stories just to run away from the real world. Instead, when a young boy reads a fantasy story, ‘fairy land arouses a longing for he knows not what. It stirs and troubles him (to his life-long enrichment) with the dim sense of something beyond his reach and, far from dulling or emptying the actual world, gives it a new dimension of depth.’

Where we used to have the occasional pantomime or Christmas production, now there are many organisations producing plays specifically for young people.

These are not new ideas. But they are increasingly being applied to children’s theatre. One of the points that was stressed during the award ceremony is that children’s theatre is changing. Where we used to have the occasional pantomime or Christmas production, now there are many organisations producing plays specifically for young people. And in many ways these shows are particularly innovative and exciting. Before the success of The Lion King and War Horse, Little Angel Theatre was leading the way in puppetry, through shows aimed at children. Elsewhere, the genre pushes the boundaries of what we would consider theatre. Polka’s Lullaby, a sensory show based on sound, light and music for children under a year old, ran last year – just one of a whole host of productions aimed at very young children. Then there’s Oily Cart theatre, working with children with complex disabilities, producing multi-sensory shows that are adaptable to respond to their audience. Many of these shows offer challenging new angles on real problems and social issues; Unicorn’s recent production for teens, Girls Like That, explored gender equality and privacy in the digital age. And in January 2015, Tangled Feet and Half Moon will be showing Need a Little Help – a show aimed at 3 to 7 year olds, based on the experiences of young carers.

For C.S. Lewis, children’s books were in need of defending, but since Harry Potter, children’s literature has flourished and taken main stage. Now, children’s theatre is following in its footsteps. It is not a long-established genre. It is growing and evolving, and because this is a relatively new cultural movement, there is plenty of space for innovation and experimentation.

It takes ingenuity and skill to create theatre that holds the attention of young people and fires their imagination.

Just as children who are exposed to theatre could become innovative problem solvers, theatre makers also have the chance to be innovative when producing plays for children. Forward-thinking venues, companies and funding bodies are recognising the value of creating exceptional theatre specifically for younger audiences. Families and schools are using children’s theatre not only as entertainment, but also as a basis for learning. It takes ingenuity and skill to create theatre that holds the attention of young people and fires their imagination. But those who succeed, like Polka and the other Eleanor Farjeon nominees, are not only developing the next generation of theatre-goers, but the young people who will shape the world of the future.