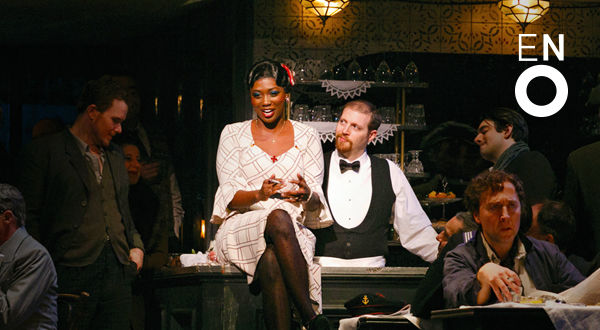 We’ve got tickets to the English National Opera up for grabs this week! Enter now.

This week, we’re delighted to be able to offer you the chance to win a pair of tickets to see the ENO’s production of La bohème, directed by Jonathan Miller and performed at the magnificent London Coliseum. The tickets are valid for any performance between 29 October – 6 December 2014, subject to availability. Naturally, you can’t transfer or exchange the tickets, and we won’t be offering a cash alternative!

As always with our competitions, there are no catches – you simply complete the entry form below by 6.00pm on 24 October  2014 and you’ll be entered into our prize draw. If you’re the lucky winner you’ll hear from us a few days later. It really is that simple!

Experience one of opera’s greatest love stories, tracing the doomed relationship between the impoverished poet Rodolfo and his seamstress girlfriend Mimì.

La bohème is one of the world’s most popular and captivating operas. With its heartrending story and featuring some of Puccini’s most ravishingly beautiful music, it never fails to move and enchant.

La bohème is sung and surtitled in English.