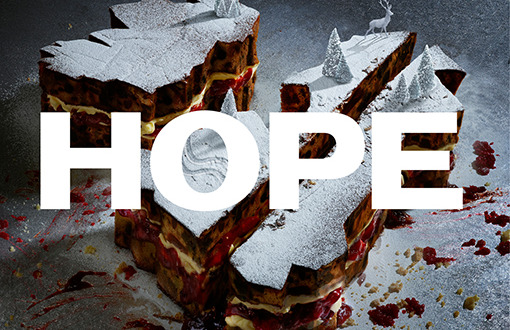 We’ve got some more Royal Court tickets to give away this week! Enter now.

This week we’re delighted to be able to offer you the chance to win a pair of tickets to see the Royal Court Theatre’s upcoming production of Hope. The tickets are valid for any Tuesday – Saturday performance from 26 November – 20 December 2014, subject to availability. Naturally, you can’t transfer or exchange the tickets, and we won’t be offering a cash alternative! The show is suitable for 14rs +.

As always with our competitions, there are no catches – you simply complete the entry form below by 6.00pm on 10 October  2014 and you’ll be entered into our prize draw. If you’re the lucky winner you’ll hear from us a few days later. It really is that simple!

‘We live in an age of cuts. We are a working class town, that’s our strength – and in the current climate, our weakness.’

How do you save 22 million pounds? Mark and Hilary, the leaders of the Council are about to find out.

Following the success of Let The Right One In and This is England ’86, Jack Thorne has written an urgent political play, a funny and scathing fable attacking the squeeze on local government.

Jack Thorne made his Royal Court debut last year with his adaptation of Let the Right One In and Hope will be his first original play to be staged there. His recent theatre credits include Stuart: A Life Backwards at the Edinburgh Fringe, Mydidae, The Physicists (adapt.) 2 May 1997, When you Cure Me and Bunny, for which he won a Fringe First Award. On television, his work includes The Fades (Best Drama Series – BAFTA 2012), This Is England 88 (Best Mini-Series – BAFTA 2012) and This Is England 86, with Shane Meadows. On screen, his credits include a screen adaptation of Nick Hornby’s novel A Long Way Down and The Scouting Book for Boys.

John Tiffany, Associate Director of the Royal Court, directs. His most recent credits at the Royal Court include The Pass by John Donnelly and Let the Right One In (a National Theatre of Scotland production, which is currently running at the Apollo in the West End). His production of The Glass Menagerie at the American Repertory Theater in Cambridge, Massachusetts and Broadway has been nominated for seven Tony Awards, including Best Director and Once (New York Theater Workshop, Broadway and the West End) won John a Tony, a Drama Desk Award, an Outer Critics Circle Award and an Obie Award. His work for the National Theatre of Scotland includes Macbeth (also on Broadway), Enquirer (co-directed with Vicky Featherstone), The Missing, Peter Pan, The House of Bernarda Alba, Transform Caithness: Hunter, Be Near Me, Nobody Will Ever Forgive Us, The Bacchae and Black Watch, for which he won an Olivier and Critics’ Circle Award.