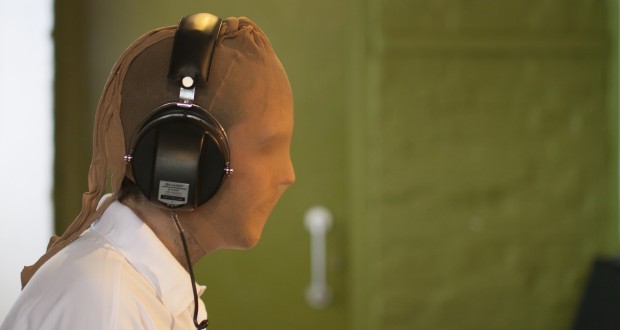 Pros: A coyly subversive production, at once creepy and hilarious.

Cons: The light handling of taboo subject matter may be too much for some.

Pros: A coyly subversive production, at once creepy and hilarious.   Cons: The light handling of taboo subject matter may be too much for some.   The Ted Bundy Project is a Contact Flying Solo International Commission supported by Arts Council England. Written and developed by Texan Greg Wohead, this short run at Ovalhouse Theatre is the fruit of a development project born out of the Bristol Old Vic Ferment and the Orchard Project in New York. With these origins in mind, Wohead’s performance retains much of the unpredictable makeshift feel and raw energy of the rehearsal room. That includes&hellip;

This gripping, sweetly savage performance lures you in with its uneasy charm.

The Ted Bundy Project is a Contact Flying Solo International Commission supported by Arts Council England. Written and developed by Texan Greg Wohead, this short run at Ovalhouse Theatre is the fruit of a development project born out of the Bristol Old Vic Ferment and the Orchard Project in New York. With these origins in mind, Wohead’s performance retains much of the unpredictable makeshift feel and raw energy of the rehearsal room. That includes the set (half inch plywood stage flooring, foldaway occasional table, record player and a MacBook pro), which evokes the stripped back cool of a popup performance.

The palpable atmosphere of the small upstairs space at Ovalhouse lends itself really well to this pared down, experimental style of fringe theatre. Favourable temperatures this week added to the claustrophobic heat of Tuesday night’s performance. Wohead introduced himself by spinning 70s party classics and doing a quasi-sexy dance in his tiny white tennis kit. I can assure you there’s hardly anything more camp and grimly sinister than a bar corner DJ Bundy fanatic doing the Chirpy-Chirpy Cheep-Cheep. Much like Bundy himself this is a play carried out with forensic style performance.

Though the play had a certain off kilter charm to it, there were times when I found it frightening. As Wohead strategically lays out items symbolising Bundy’s victims, he begins to piece together the narrative of one of his most deplorable real life crimes against a young college student, Georgeann Hawkins. There are moments of sober horror as Wohead mimics the intonation and recordings of Ted Bundy’s confession tapes. Syncing his voice to an old Sony Walkman he reveals direct and explicit details of Bundy’s warped psychology in a gravelled voice.

This was offset against kitschy surreal moments of audience participation, and dark asides to the audience as Wohead’s sicko narrator alter ego comes to the fore, to tell tales of cyber naught era urban legends.

Flashes of the sick videos he’s found online are projected on stage as he tells the mundane story of how he came to discover details of the Bundy murders online. This, coupled with the strange intermittent ‘dance breaks’, evokes mixed feelings of horror and disgust amongst the audience, who in some cases let loose stifled laughter. When, in parody of a psychopath, he dresses up as one of Bundy’s victims the play goes off the charts in tastelessness.

A performance about one of the most enigmatic and notorious ‘serial killers, rapists and necrophiles’ in American history connected to the murders of 36 women ought to be somewhat disquieting. Yet it’s by no means an easy task to also make it entertaining, and dare I say as funny as Wohead has. Much of the humour stemmed from the nervous, on-edge energy of the audience, who did not know quite how to react to the darkly taboo subject matter, nor Wohead’s ludicrous on stage persona.

There is a culture of sick fascination and intrigue that has grown up around the Bundy murders, which has inspired books and films galore. This play is part of that same shock culture tradition. It also ask questions about the societal loss of innocence, by commenting on the role technology and the internet has played in opening up our access to new realms of information and with it, depravity.

Wohead’s production is a superb exploration of the tension between repulsion and attraction, that seemingly draws people toward tales of the infamous and monstrous. Part art performance, part documentary it is less a play about Ted Bundy than the dark fascination that lives within us all. If you didn’t manage to see it in London, then make sure to catch it at the Edinburgh Forest Fringe this August.

Previous: This Is How We Die, Ovalhouse – Review
Next: Olaudah Equiano, The Enslaved African, Hen and Chickens Theatre – Review